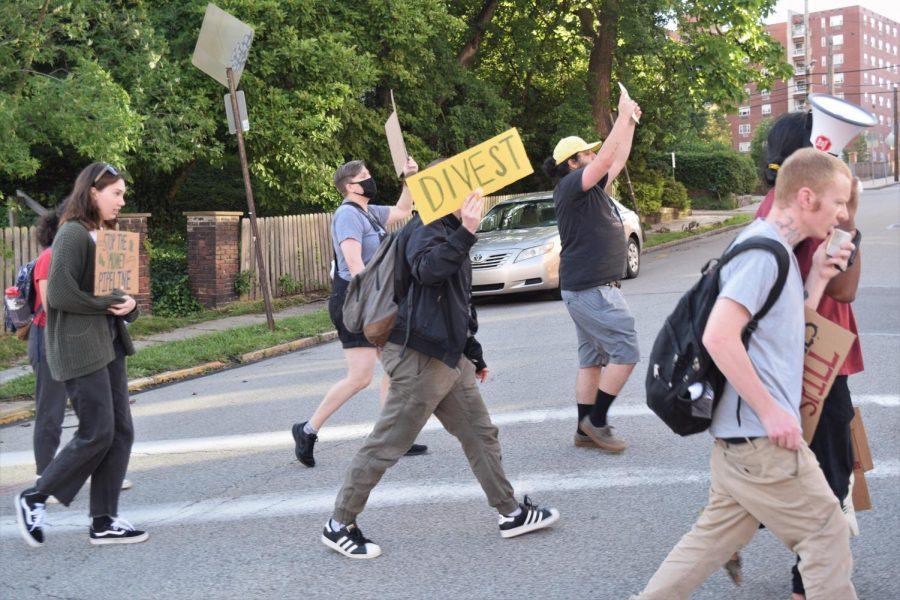 Pitt is again delaying the release of its climate action plan, frustrating students who want the University to take a stronger stance against climate change.

Pitt is again delaying the release of its climate action plan, frustrating students who want the University to take a stronger stance against climate change.

“We do not have a timeline for releasing this plan as [of] yet,” a University spokesperson said. “This is the University’s first time drafting a plan of this nature, and our focus is on ensuring that we get it right while continuing to push ahead with a number of initiatives that are contributing significantly toward achieving the goal of carbon neutrality.”

A January report from an ad-hoc Board of Trustees committee said Pitt would release its climate action plan by the end of March. Pitt did not release it then, and pushed the release date to late summer or early fall. The University spokesperson said a group of stakeholders — including students, faculty, staff and board members — is currently working on the plan.

The spokesperson said the stakeholders want to make sure that the plan is right before releasing it to the public. They added that while it is still being drafted, the University is still pursuing initiatives to achieve carbon neutrality.

According to the spokesperson, these initiatives include working toward Pitt’s goal of carbon neutrality by 2037, reducing energy use while maximizing energy efficiency in campus buildings, shifting towards using more renewable energy across campus buildings and contributing to Pitt’s goal of drawing 100% of its electricity from renewable sources by 2037. The spokesperson said Pitt is also supporting shared and active commuting options, minimizing carbon-reliant travel and educating and engaging students, faculty and staff — individually and collectively — in reducing everyday greenhouse gas emissions.

But some students are not happy about Pitt again delaying the release of the plan. Anna Bagwell, a sophomore environmental studies major, said Pitt is a large institution and its environmental actions — or lack thereof — are setting an example for other universities.

“Pitt is a big university with a lot of influence, and their actions could set a precedent for other universities,” Bagwell said. “As for fighting climate change itself, it’s important for all of us because it will affect literally everyone. Increasing temperatures impacts water supply, food sources, our general health, how we get around, what materials are available to continue production and more.”

Kelly McQueston, a senior geology major and member of the Fossil Free Pitt Coalition, said the plan’s release has been pushed back for too long. She said she worries that after all this time, the plan might not meet a lot of students’ expectations of what it should look like. According to the Center for Climate and Energy Solutions, a climate action plan usually includes greenhouse gas emission reduction targets, detailed actions to meet an organization’s goals, resilience strategies, clean energy targets and economic and social goals.

“I understand if they need more time, but they’ve had so much time already,” McQueston said. “And it’s really kind of shady to us. We’re still hoping that it will contain an actual climate action plan, but we’ll see.”

McQueston said FFPC wants Pitt to fully divest from fossil fuels and justify what investments they are making. She said she hopes the plan outlines how Pitt will actually be a climate leader.

The Board of Trustees committee said in a January report that as of June 30, 2020, Pitt had a $4.3 billion endowment, with 5.8% of those holdings exposed to fossil fuels. The board voted in February on a gradual divestment strategy, with the goal of fully divesting from fossil fuels by 2035 — a decision that many students thought was too gradual. Around 91% of students who voted in a 2019 referendum said they supported full divestment.

“Pitt needs to one, divest from fossil fuels, and two, invest and begin to implement renewable energy sources,” Bagwell said. “They have all these signs in the residence halls about saving water and energy by turning off the lights once you’re done in the bathroom, but they leave building lights on all night, so using renewable energy sources is a must.”

McQueston said 2037 is far too late for Pitt to be carbon neutral and it needs to do more to help the environment.

“The plan to be carbon neutral by 2037 is too little, too late,” McQueston said. “Especially if they’re still investing millions and millions of dollars into fossil fuels. Pitt tries to make themselves out to be a climate leader, and they still are supporting fossil fuels, through their investments, they are making a big scene for their carbon neutrality, which doesn’t really mean anything if they’re just buying carbon offsets.”