Panthers move up six spots to No. 17 in latest AP football top-25 poll 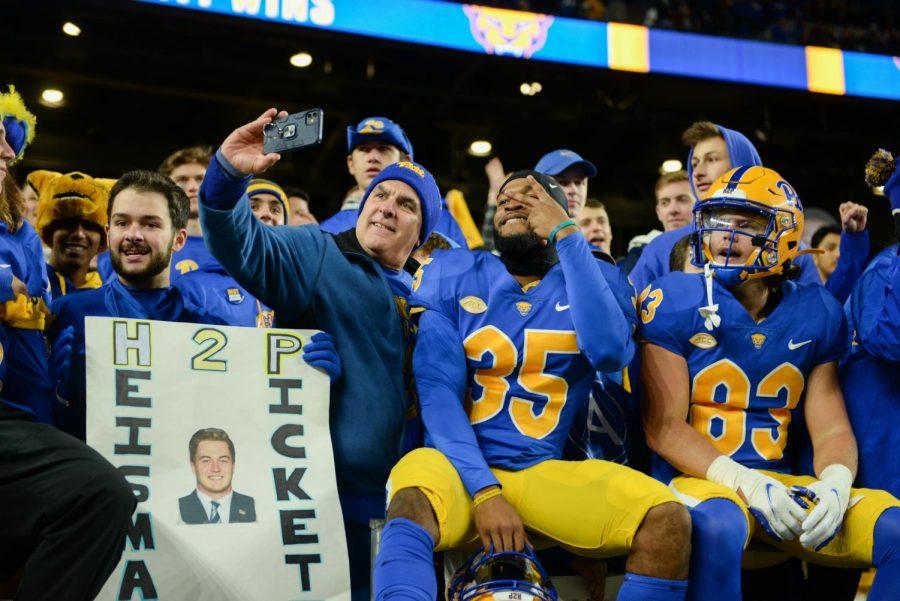 Defensive back Hudson Primus (35) and wide receiver John Vardzel (83) celebrate with fans at Heinz Field after Saturday's victory against Clemson.

The Associated Press ranked Pitt No. 17 in the country in their latest college football top-25 poll released on Sunday. Pitt, ranked No. 23 last week, jumped six spots this week after taking down the Clemson Tigers 27-17 on Saturday. No team climbed more spots than Pitt in the latest poll.

Pitt is one of two members of the ACC ranked this week, with the Wake Forest Demon Deacons coming in at No. 13 overall. The two ACC foes are not scheduled to meet in the regular season.

Pitt also climbed in ESPN’s FPI rankings, which ranks teams using “team strength,” according to the website. The Panthers are now at No. 6 in these rankings — one spot higher than they were a week ago. The outlet gives Pitt an 89.4% chance of winning the Coastal Division and 60.8% to win the ACC outright.

Pitt’s next opportunity to bolster its resume will come this Saturday at home against the Miami Hurricanes. The game will kick off at noon and air on ACC Network.