Editorial | WSU made the right decision by firing Nick Rolovich 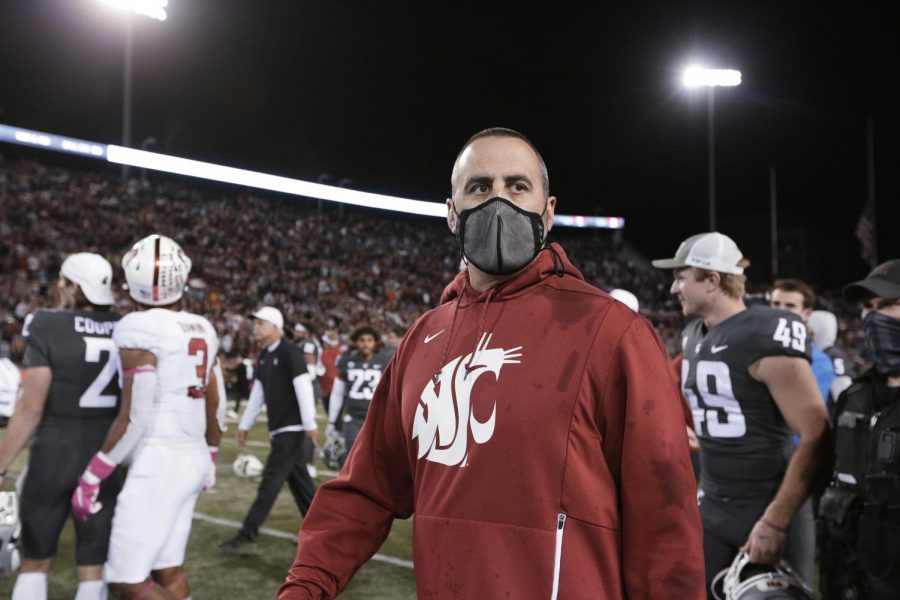 Is not getting vaccinated worth losing a $3 million salary? For Nick Rolovich, head coach of the Washington State University football team, it was. The university fired Rolovich last Monday for not following the state’s vaccine mandate for public employees, after publicly stating his intention to remain unvaccinated and trying to get an exemption on vague religious grounds.

WSU also fired four other assistant coaches for refusing to comply with the mandate. The most recent data shows that more than 90% of WSU employees are vaccinated, including interim head coach and former defensive coordinator Jake Dickert, who stepped in to fill Rolovich’s role.

WSU made the correct decision by firing Nick Rolovich and the four other assistant coaches. The university was complying with the state order — which Pennsylvania lacks for most of its employees — but this doesn’t mean this isn’t a lesson for Pitt. Washington’s vaccine mandate for state employees should be replicated in Pennsylvania, but even if it isn’t, Pitt should implement its own employee mandate. It doesn’t matter if these requirements come from the state, federal government or even just internally — Pitt needs to make vaccines mandatory for employees.

While firing the coaches may hurt WSU’s pockets, it was the right thing to do to ensure the safety of its students and employees. The Washington State football team brought in $71 million for the school in the 2018-19 fiscal year, the last typical season of football before the pandemic.

Firing the coaches might make the team worse — hurting a big moneymaker for the school — but the coaches were hurting their community. The university made the right decision by firing them. Keeping the community safe should always be WSU’s first priority.

Rolovich is threatening to sue the school for his “unjust and unlawful” firing, adding to the controversy. Even though the firing may bring some bad press to the school or alienate some fans, we argue that it is great press, because it shows that WSU is serious about enforcing Washington’s vaccine mandate and is leading by example in higher education.

Though Pennsylvania lacks a vaccine mandate for state employees, Pitt can get creative in keeping the community safe. Penn State is requiring that its employees be vaccinated, citing President Biden’s vaccine mandate for federal employees. Numerous other universities in the state are requiring the COVID-19 vaccine as well, including Temple University, which cited local vaccination laws.

While 92% of faculty and 91% of staff at Pitt have sent in proof of vaccination as of Sept. 30, until the University requires that every single employee is vaccinated, we have no hope of squashing this pandemic.