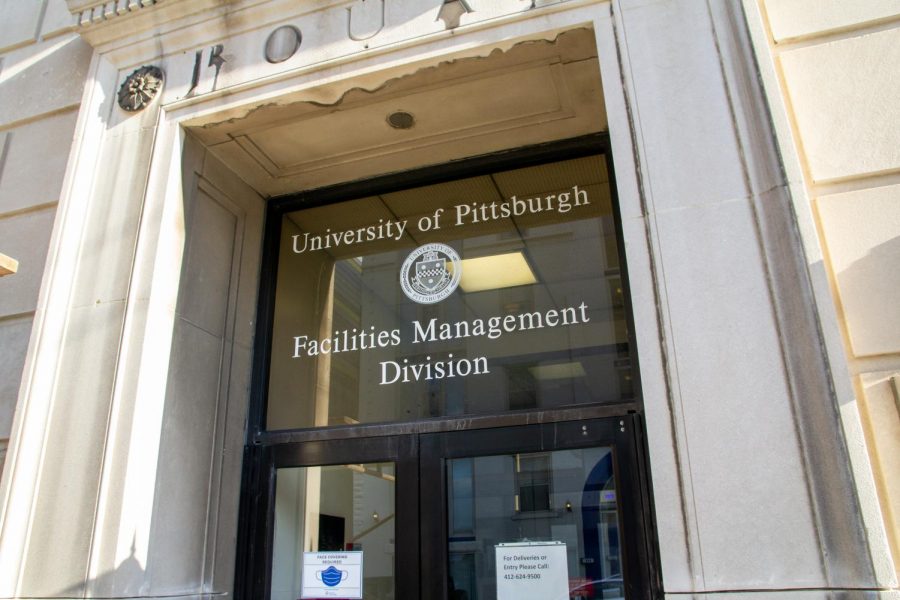 The University of Pittsburgh Office of Facilities Management on Forbes Avenue.

By Alaina Goldberg, For The Pitt News

After working as a mechanic at the Heinz Ketchup Corporation for 10 years, Lemel Alexander was searching for a career change. He ultimately found a Pitt program where he wasn’t simply sitting in a classroom or reading textbooks.

A new apprenticeship program through Pitt’s Office of Facilities Management began this fall for individuals from the Hill District interested in becoming licensed engineers. The program, which lasts four years, places apprentices in a rotating schedule where they are partnered with a licensed engineer for on the job and classroom training.

The Office of Facilities Management along with community members from the Hill District who are involved in the Community Engagement Center interviewed six candidates over the summer for the program, and eventually hired two people.

Dan Fisher, assistant vice chancellor for operations and maintenance, said the program came from a request from the Hill District Development Review Panel. Fisher said the program is the first of its kind because it includes community partners.

“We readily agreed [to the program] and were really excited to have the opportunity to work with the Hill District community,” Fisher said.

“It is our job [at the CEC] to liaise between the community and the University,” Holbrook said. “This program does just that — by creating a new partnership through the Hill District with the institution that meets the needs of those in the community.”

Alexander joined this apprenticeship program to better support himself and his family in the future. He heard about the opportunity through the CEC’s website. He said the classes include heating, ventilation and air conditioning levels one to three, electrical and safety, which are applicable for a variety of career paths.

“For example, plumbing classes are included in our course load,” Alexander said. “Apprentices could take this program in a different career direction if they wanted.”

Alexander said the interview process included a Zoom call with people from both Pitt and CEC. He said while Pitt is a large campus, everyone has been so kind to him. Alexander said he feels that in this position he can “strive” on Pitt’s campus.

Holbrook said after completing the four-year program, there are many opportunities for career growth, not only in the City, but also across the country.

“I want people to understand that those in the apprenticeship program come out after four years earning family supporting wages,” Holbrook said. “These are life changing opportunities.”

Fisher said the engineering job market has increased substantially in recent years. The U.S. Bureau of Labor Statistics projects that jobs in architecture and engineering will grow 6% from 2020 to 2030.

While the program benefits future engineers like Alexander who plan to enter the job market upon program completion, Holbrook said it was important that they included community members in the interview process in order to “bring this idea to fruition.”

“This gave us a real and authentic feel to what we are doing,” Holbrook said. “I want to see the involvement of community voices alongside the institution continue in the future.”

Fisher said members of the program can also share experiences and events with the University on campus, which makes it a “double win.” He said he is hopeful the program will expand into other departments.

“We want to strengthen the connection between the University and the community. This has been something we have always worked at, along with increasing diversity,” Fisher said.

The apprentices connect the University and the surrounding community through projects, such as the chilled water plant project  on the northern part of Pitt’s campus. The area is under construction now, but Fisher said once adjustments are made, apprentices will be learning how to operate the plant and work at the location. Fisher said the chilled water plant project had 39% project participation from women and women-owned businesses during its development phases. He said they are offering work opportunities to bring more minorities on campus in the future.

Holbrook said meeting needs across the community and having economic success helps the CEC feel like they are doing the right thing.

“Showcasing what the University can do when we work collectively to change efforts in economic engagement is a step forward along a journey that we hope will introduce transformative processes across campus,” Holbrook said.

Those interested in the facilities apprenticeship program can apply through the University’s Talent Center. Pitt hires apprentices directly online when positions are available. The International Union of Operating Engineers website also has classes online related to the apprenticeship, along with continuing education for licensed engineers.