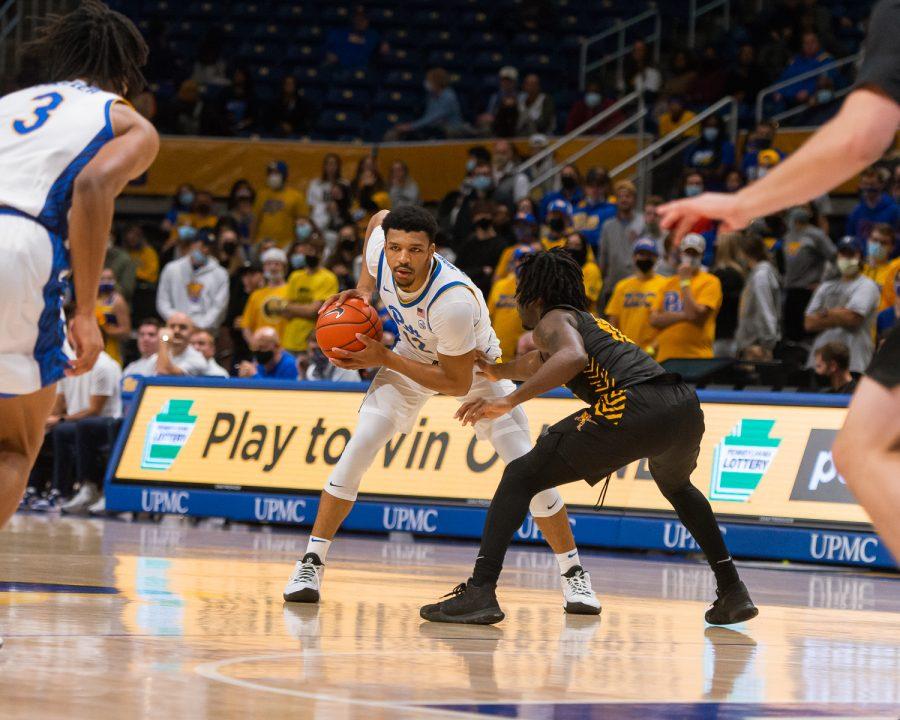 City police arrested redshirt junior shooting guard Ithiel Horton on Saturday morning following an incident at the 1700 block of Carson Street in the South Side. He was charged with aggravated assault, resisting arrest, disorderly conduct and public drunkenness on Saturday morning, according to court documents.

Pitt athletics declined to comment on the matter until Monday afternoon, ahead of a press conference with head coach Jeff Capel. Pitt athletics released a statement on Monday at 2 p.m. saying it suspended Horton indefinitely.

“Due to the nature of the incident involving Horton, he is suspended automatically from practice and competition privileges until the legal process has been completed to the satisfaction of the University,” the department said.

Horton is accused of striking Garrett Bellis — the arresting officer — in the face, according to a criminal complaint. On Saturday, Bellis and another officer left shortly after 1 a.m. to respond to a dispute between Horton and a tow company employee, who was towing Horton’s car which was parked illegally. Allegedly, Horton was upset and insisted that they could take the car off the back of the tow truck, but the responding officers told him it was not possible, according to the complaint.

As the officers walked away, Horton allegedly shouted a derogatory phrase at a female officer. The complaint claims that they then tried to handcuff Horton, who fled on foot briefly before falling. Bellis alleges that, as officers tried to wrestle Horton to the ground and detain him, Horton struck him in the face. The complaint also alleges that officers detected the smell of alcohol on Horton’s breath. An eyewitness stated that he saw Horton hit Bellis, and city cameras from the area also captured the incident, according to the complaint.

Horton was released on bail Saturday. His preliminary hearing is scheduled for Nov. 18.

Horton is Pitt’s leading returning scorer and one of the longest tenured players in the program. Horton is a career 40% 3-point shooter and was expected to play a big part in filling the scoring and ball-handling holes left by injuries to Sibande and senior guard Jamarius Burton.

The Panthers open the 2021 season on Tuesday at home against the Citadel. Tip off against the Bulldogs is scheduled for 7 p.m. and will air on ACC Network Extra.