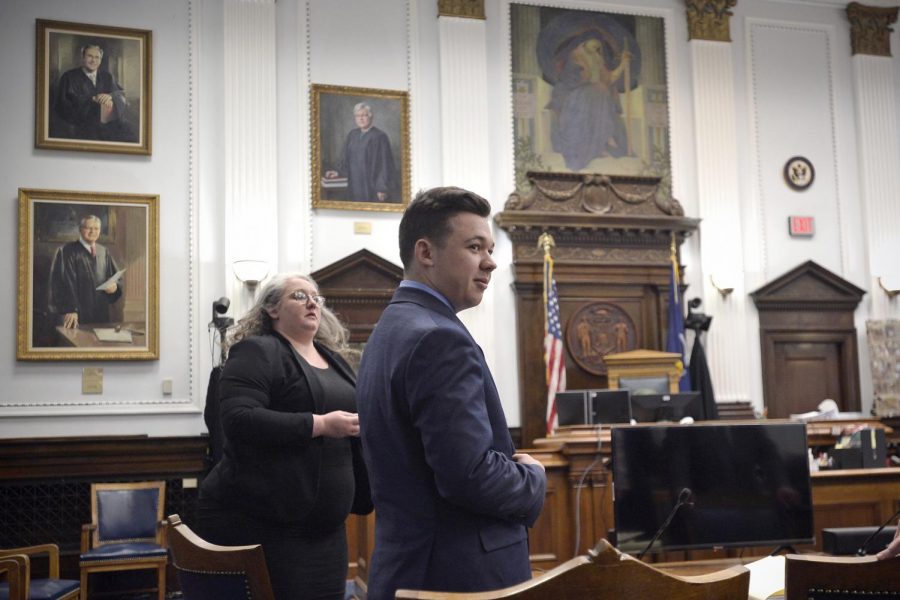 Kyle Rittenhouse stands in the courtroom of the Kenosha County Courthouse in Kenosha, Wisconsin, on Nov. 18.

The trial of Kyle Rittenhouse ended with him walking free on essentially a technicality. Even after shooting three people at a racial justice protest last summer with an AR-style semi-automatic rifle, Rittenhouse was acquitted on all charges earlier this month because of vague self-defense laws.

Rittenhouse was 17 at the time of the shooting, and in the state of Wisconsin, minors are allowed to carry a rifle if it is a “sufficient” size. A loophole in the self-defense legislation allowed Rittenhouse to walk free. This should not be the norm, but it unfortunately is.

Laws around self-defense need to be clearer. Gun legislation should be set in stone, not something that can be easily maneuvered around. When a 17-year-old can obtain a gun, shoot three people and walk free, there is something deeply flawed. This system must be changed before more lives are lost.

Self-defense laws, such as stand-your-ground laws or an expanded castle doctrine, are notorious for being vague and give people an easy-out after killing someone. Currently, 34 states have these kinds of laws in place in some form. Many of these laws extend outside of the house — including in Pennsylvania — making the line between defense and homicide even murkier.

The National Rifle Association and its lobbyists drafted many of these gun laws that benefit the organization financially as gun laws become easier to sidestep. Self-defense legislation should be for the protection of the people. People shouldn’t fear that they will be killed at any time by a gun and that their killer will walk free because of loopholes created to make the NRA money.

By creating federal legislation that makes self-defense laws crystal clear and eliminates loopholes, Rittenhouse and those like him won’t get off without legal consequences in the future. The murkiness of state laws means that anyone can get off on an unfair technicality. By creating a uniformity to these laws, we can ensure that justice will be served to those who have been killed and their families.

Unfortunately, right now it’s extremely difficult to pass federal legislation around gun control as it is a deeply polarizing issue. The NRA funds many GOP politicians who won’t budge around gun legislation as long as their pockets are lined by those who create the loopholes in the first place. Congress needs to put a stop to the NRA and focus instead on keeping its people safe.