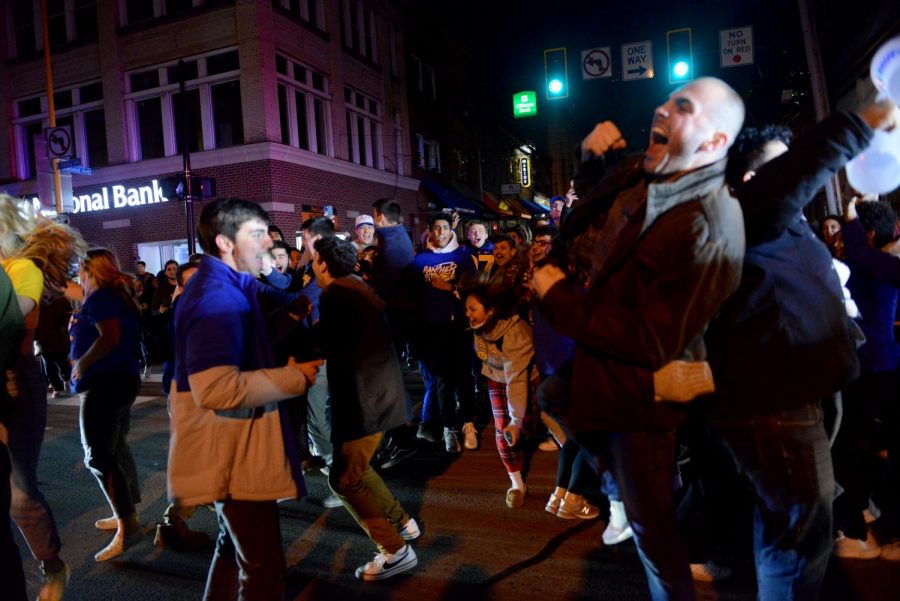 After Pitt football’s glorious win against Wake Forest in the ACC Championship game, the Pitt community is thriving. The collective mood of everyone — even as finals week approaches — is cheerful. “Sweet Caroline” plays in the streets, students are sporting Pitt merch and most importantly, people seem joyful.

This win was not only historic but a point of pride for Pitt students, alumni and the Pittsburgh community. Having a good football team is something tangible that everyone can rally around to support, and after a difficult couple years, we deserve to celebrate it.

After the devastating loss against Clemson in the 2018 ACC Championship at the same stadium, Pitt football had something to prove. This made the victory even sweeter as we’ve gotten close but never close enough to a win. The team has put in the hard work and it’s satisfying to see the results.

After a tumultuous couple of years with COVID-19 raging and a somewhat inconsistent team, it’s nice to have something that we can all celebrate. The dancing in the streets, the “Sweet Caroline” blasting out of cars, is a once-in-a-lifetime experience that brings our community closer together. By having something that brings us all pride, we can all come together in a positive way and celebrate our team.

Not only is this win good for students’ psyche, it’s also good for the University in general. Pitt football brings in a total of $35.2 million a year for the school and with an ACC Championship win under their belts, this is sure to increase. After Clemson’s first College Football Playoff win in 2016, its football program’s profits increased around $11 million. This money can go back into the football program to make it better through initiatives, such as updating facilities. It also increases the appeal of our University and might attract more students.

For alumni, this win is a point of pride as well, bringing together Pitt communities of past and present together in mutual celebration for our football team. It gives everyone connected to Pitt something to brag about and something positive to rally around. This win also incentivizes our alumni to donate more money.

For the rest of Pittsburgh, this win highlights how great our City is. A win for Pitt is a win for Pittsburgh. Not only does it bring the whole City together but it gives Pittsburgh a good look, increasing the appeal of our City and encouraging people to come visit and watch a game next year.

This win is historic, it is the first time ever that Pitt football has won the ACC Championship. We deserve to get rowdy in the streets and brag about this win. The Pitt community has been brought together through a positive experience and we couldn’t be happier about it.