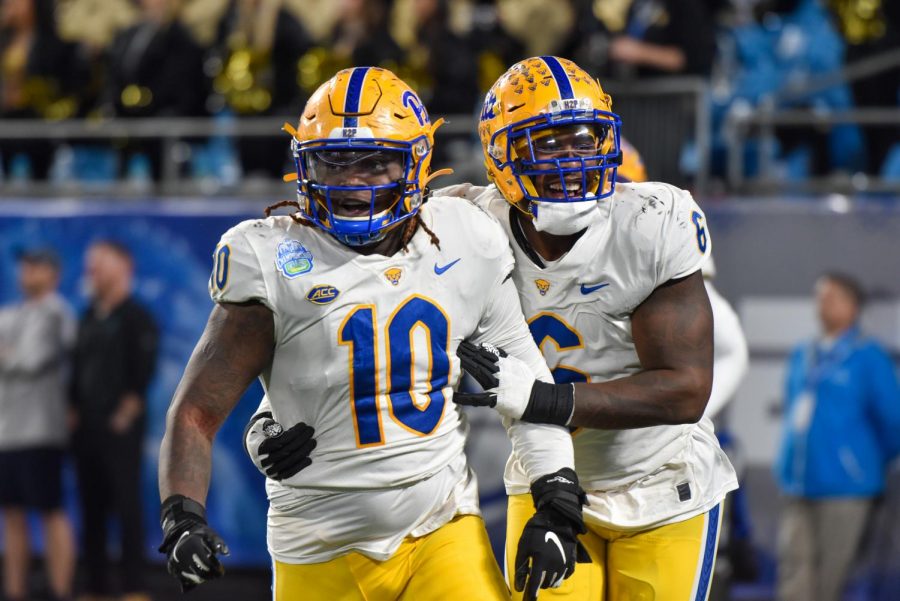 Pitt won its first-ever ACC title and its only outright conference title with Saturday’s 45-21 win over Wake Forest. How the Panthers got to that point, though — blanking the Demon Deacons across three quarters — few could have predicted. The defense played its best game of the season in the biggest game of the season and fueled a win that will pay dividends for years to come.

Here are my takeaways from a program-altering ACC Championship victory.

Wake had its way with the Panthers’ defense in the first quarter. In the opening period, the Wake Forest offense picked up 17 first downs and put up 21 points on the scoreboard.

The Panthers saw themselves down 21-14 entering the second quarter. The game was unfolding much like the Panthers’ two losses to Western Michigan and Miami this season, but after the first period, the course of the contest changed completely.

Pitt head coach Pat Narduzzi’s stubbornness has been a part of his coaching style for years and often draws the ire of fans. His lack of adjustments this season, and throughout his entire tenure, have been synonymous with who he is as a coach — but Saturday his adjustments changed the game.

Hartman threw four interceptions, with junior cornerback and ACC Championship Game Most Valuable Player Erick Hallett recording two picks — one of which he returned for a touchdown.

In a season where the defense has been Pitt’s Achilles’ heel, they were the driving force in the program’s biggest win in decades.

Best season since 1976 on the horizon

The Panthers eclipsed the 11-win mark for the fifth time in program history on Saturday, putting a potential 12-win season on the table. Pitt’s last 12-win season was in 1976, an unforgettable undefeated season where they were named the consensus National Champions.

Obviously, unlike the ‘76 team, Pitt won’t have the opportunity to be crowned National Champions, but this is still a special season that should be relished. Despite their success, the Panthers’ two losses to inferior opponents — which kept them out of the College Football Playoff — will always receive attention. But there is a reason Pitt fans haven’t seen this type of season for four decades.

Winning in college football is hard, and seasons like this have come infrequently for Pitt. An 11-2 record, a Heisman candidate at quarterback in redshirt senior Kenny Pickett and a Biletnikoff finalist in sophomore wide receiver Jordan Addison is success well beyond what most expected from the Panthers this year.

But this season isn’t done yet. The Panthers earned an appearance in the Peach Bowl on Dec. 30 against Michigan State, meaning they have a chance to cap off their magical season with an exclamation point.

Pickett, who has the option to forego playing in the bowl game and preserve his high draft stock, knows there is still too much at stake to sit out.

Reaching 10 wins last week against Syracuse was huge for Pitt’s program, but winning the ACC changes the national perception of the program and opens up a window for sustained success.

Super senior linebacker John Petrishen, a Pittsburgh native, knows the program as well as anybody. Following the win, he summed up what the Panthers ACC title victory meant to him.

“It’s surreal, man. I’m so happy for Pittsburgh, the City and the University,” Petrishen said. “It’s been long overdue. And I think it’s going to be the start of something long term. There’s really something special here.”

Having a season of this magnitude grabs the attention of recruits not just locally, but on a national scale. Furthermore, especially in the era of the transfer portal, Pitt’s breakthrough couldn’t have come at a better time.

Obviously, life after Pickett brings questions, but there is a plethora of high-end players at the position in the transfer portal who could be successful successors. Given the talent that would surround them next season at skill positions, the scheme and the Panthers’ success this season, Pitt is one of the most attractive destinations in the country for any quarterback.

There are plenty of other variables that factor in, but the pathway to sustained success is there. Time will tell if Narduzzi and his staff can capitalize on this window. But for now, the 2021 Panthers have laid a foundation for successful seasons like this one in the future.