Opinion | You shouldn’t have to talk in class to participate 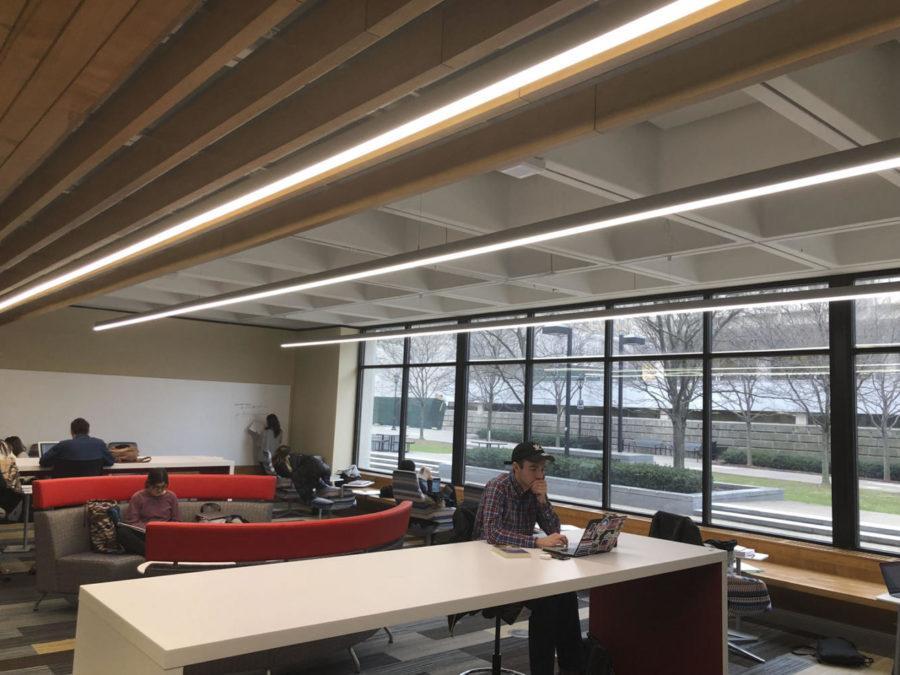 Throughout all of middle school and high school, my teachers knew me as the student who never talked.

I’ve had instructors go so far as to ask me, “Why don’t you ever speak? Are you afraid of us? Am I really that scary?” The answer was often that, yes, I was afraid. Not afraid of my teachers and peers themselves, but afraid of their judgment and of my own voice.

I’ve struggled with social anxiety my entire life. When forced to engage in public speaking, my heart races, my palms turn clammy and I feel the urge to vomit. While I’ve always been a highly motivated and active student, class discussions were the one area where I failed miserably. At every parent-teacher conference, my teachers told my parents that while I was doing well in all of my courses, I needed to make considerable improvements in my participation.

In my mind, I was participating — I put considerable effort into my assignments, I communicated openly and frequently with my teachers, and I always came to class prepared. But in their minds, class participation was limited to communal discourse, a skill I lacked.

Talking in large group discussions is not, and has never been, an accurate measure of a student’s participation. Participation is not synonymous with “speaking,” but with “involvement,” “contribution,” and “concern” — at least according to Merriam-Webster. People who struggle with social anxiety and fear public speaking are at a significant disadvantage compared to their more confident and talkative peers. It is not that these students aren’t participating, but that their ability to participate in that manner is severely limited. We must also recognize the variety of alternative metrics relative to class participation, such as communication with the instructor, class attendance and preparedness and proper completion of assignments.

From a logical standpoint, it makes sense that class participation would be based around literal in-class interactions. These interactions are often limited to large and small group discussions, with the latter being far less frequent in my personal experience. The easiest way to tell if a student is actively engaged is by their outward interactions, and thus how often and how well they articulate their thoughts in academic discussions.

But the problem with this is that many students struggle with public speaking. Even in a safe and supportive environment, having all eyes on you as you share your thoughts and opinions can be extremely daunting. This connects to social anxiety struggles as well, a psychological disorder that plagues many teens and young adults which can make public speaking an even greater feat.

Most of my peers have social anxiety to some degree — and the worse the anxiety, the harder it is to participate. Individuals struggling with social anxiety find it more difficult than others to communicate in social situations. This often results in lack of participation in conversations, fear of criticism if they do speak and physical symptoms such as nausea, sweating and increased heart rate. Thus, participation grades based on in-class discussions are clearly slanted against students with social anxiety, or anyone who has a strong fear of judgment from others or struggles to communicate verbally.

There are a number of ways to illustrate active listening and engagement outside of class discussions — all of which are equally, if not more important, than real-life discourse. During said discussions, students may show that they are partaking in the conversation without actually speaking by maintaining their gaze on the speaker, writing down notes and nodding or otherwise reacting to the conversation at appropriate times.

Students can further illustrate their participation by communication with the professor, class attendance and preparedness, as well as proper completion of assignments and other tasks. One-on-one interactions with your professor can go miles for both engaging the material and expressing your commitment to the class, where you can strengthen your assignments and learn more from the person teaching you.

Showing up to class on time and having fulfilled your relevant responsibilities is also a significant factor for one’s participation. In an academic environment where not everyone even shows up to class, simply being there is important. Coming prepared is even more important — completing prior readings and assignments, knowing the information necessary to engage in discussions and having course materials at hand.

Proper completion of assignments is the most relevant measure of one’s engagement in a course. Professors should take into consideration the time and effort invested in a project or a paper when evaluating a student’s dedication. In college, most of the learning occurs outside of the classroom, so how does it make sense to limit participation to the actions performed exclusively in the classroom?

With all of this being said, talking within both small and large group discussions is still an important element to one’s participation — it’s just not the only, or even the most important, element. Quiet engagement during discussions is real and effective, and there are also a number of alternative factors to assessing a student’s engagement that professors must take into account. In a society becoming more and more accepting of and accommodating to mental health issues, it is time that we recognize the problematic nature of participation grades based on public speaking.

Sarah Liez writes primarily about gender issues and social phenomena. Write to her at [email protected].