Opinion | Labor-based grading should be a universal standard in academia 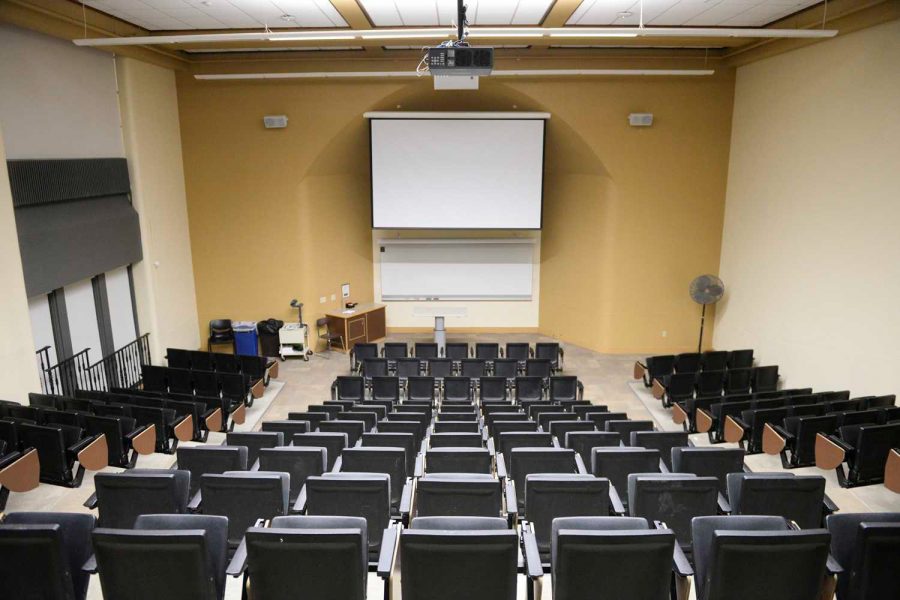 Prior to this year, I had never heard of labor-based grading. So, when my professor in my History & Politics of the English Language class introduced the concept, I was shocked. At first, it seemed unfeasible. How could you possibly gauge how much effort a student put into their work when grading for “accuracy” is already so simple?

In most humanities classes, the only difference between labor-based grading and standard grading is grammar. Labor-based grading puts less emphasis on conventions than common practices of grading, which adhere to Standard English codes. These codes can discriminate against the rules of other dialects, including Black English.

As the semester comes to a close, linguistic justice, or the liberty to utilize one’s natural dialect in all settings, has become a passion of mine. I should mention that labor-based grading isn’t an easy A by any means — this class has been just as challenging, if not more, than my other classes. If you turn in all of your work on time you only get a B — for an A, you have to complete extra assignments.

Labor-based grading systems will certainly vary in different settings, but, as of now, I am completely in favor of them. Communication in History & Politics of the English Language comes with ease, given that the grading system takes away the inherently problematic structures of Standard English.

Our differing understandings of the English language are taken into account, but never criticized as grammatical error. Labor-based grading favors language as a tool for communication, rather than as a tool to uphold racist standards. There are different dialects within English, and each of these dialects comes with its own set of rules. Labor-based grading acknowledges this fact and nixes the common part of grading that judges grammar based off of Standard English examples. It would be extremely difficult to cater grammatical grading to every English dialect, so labor-based grading takes a neutral stance.

Language is a beautiful thing, but the way it’s been used historically, especially in the United States, is innately racist. Labor-based grading allows everyone’s different understandings of the English language to come together in collaboration, with the end goal being solely one of good communication.

Standard English is what most people in the United States learn in school. Standard English favors is a white dialect, so it is quite easy as a white person to go through life never questioning this bias. I know I didn’t until this year, when I was introduced to the idea of labor-based grading and linguistic justice. I began to question my whole upbringing and my entire education experience in a small, white suburban town in Pennsylvania. Would teachers still praise and encourage my writing if I was Black? The short answer is probably not.

Black English is a dialect used primarily in the United States within Black communities, and its conventions are different from those of Standard English, causing the dialect to fall under scrutiny in most academic settings. Labor-based grading is neutral in that it doesn’t favor a certain dialect over others, allowing for less discrimination. Black English can be understood by all English speakers, as it is still a variety of English, but there are different grammatical rules in Black English that don’t adhere to the Standard English guidelines. Black English is often seen as a “broken” English by those outside of the Black community, when in reality it is a veritable version of English with different rules and conventions.

Labor-based grading acknowledges these differences and doesn’t attempt to “correct” said variations like a grading system based on Standard English might. Grammatical variations are null and void in labor-based grading — content and effective communication is what’s the most important.

One of the biggest issues that I foresaw with the labor-based grading system was comprehension. What would stop anyone from spelling a word in an indiscernible manner? Thankfully, people tend to follow the changes of the English language with ease. The English language has been changing constantly since its birth, gathering influence from other languages and trends over the years. In fact, we are creating or changing the meaning of words right now. For example, do you know anyone who uses the word “literally” correctly?

At the end of the day, humans are good at communicating and they have a desire to communicate. If someone spells a word incoherently and expects everyone to understand it, most likely no one will and the word won’t catch on. Language and communication is a community effort, and it’s very hard to alter on a whim.

With all of this being said, labor-based grading offers an alternative solution in academia to bypass the constraints of Standard English while still maintaining a learning environment. We still receive a letter grade, turn in writing projects and our professor still thoroughly reads through our papers. The only difference between labor-based grading and standard grading is the fact that the latter can discriminate against the way different communities speak.

Linguistic justice isn’t a new movement, yet few courses adhere to labor-based grading systems that would promote linguistically inclusive environments. Standard English and the grading systems that protect it inhibit the ability of minority communities to thrive. Everyone deserves the right to communicate with ease, not just white people.

Jessica Snyder primarily writes about controversy in art and politics. Write to her at [email protected].