Opinion | Do away with the conventional timed exams 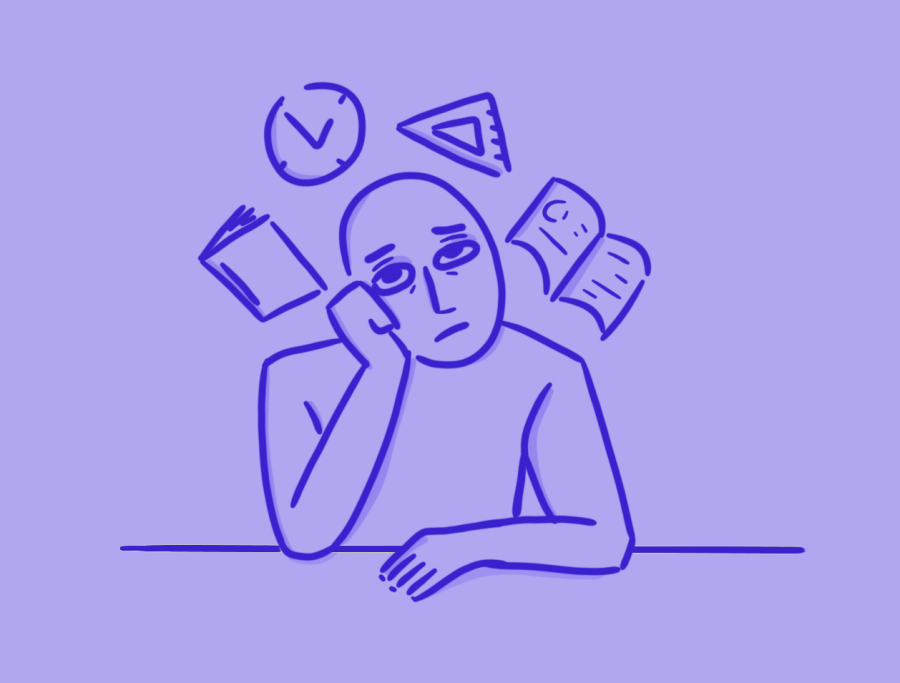 By Harsh Hiwase, For The Pitt News

It was almost as if Christmas came early! When I walked into my last class of the week before finals, my professor gave me a gift.  They had changed the scary two-hour final into an open-book final that could be accessed anytime over the course of five days.

Initially, it didn’t make sense to me. Growing up in an education system that placed a heavy emphasis on timed memorization tests, this felt totally alien. Gone were the nights of cramming and walking into a classroom feeling like my mind was going to explode, all for the sake of sprinting through a timed essay. The thought of avoiding all the perils associated with a conventional exam lifted a load off my shoulders. My professor’s rationale behind this decision was simple — he did not want us to be stressed.

I believe that this model of open-book, untimed exams is more conducive to learning, as it provides students with the best opportunity to showcase their understanding of the course material. These are a more reliable reflection of intelligence than your typical recall marathons.

There is a commonly accepted, yet flawed notion that the faster a student solves a problem, the more intelligent they are. Exams have historically been crafted upon this assumption, crediting learners who are able to conform to the time limits. This idea of speed equaling intelligence is scientifically false. It’s been shown that there is no significant difference on exam scores whether the exam is timed or untimed. This means that offering more time to students to complete their exam would still accurately gauge their understanding of the course material, without having to worry about the clock.

Adopting a model of untimed examinations will benefit all students. Untimed exams offer flexibility to students, which greatly reduces stress. Students juggle various commitments, including family, employment and extracurriculars, on top of their academic ones. Allowing students to take their exam when they are free gives them the chance to plan their study and rest time efficiently.

Untimed exams also cater to learners with disabilities or difficult circumstances. The University currently has provisions for students with disabilities who need accommodations. However, this is limited to students with documented disabilities. Of all adults in the U.S. with severe literacy problems, 60% have undetected or untreated learning disabilities. This group of learners has potentially been disenfranchised by the conventional system of timed exams and made to believe that they are not as intelligent as their peers. To put an end to this problem, I think exams should be untimed, to allow learners with undetected disabilities an equal opportunity to showcase their understanding of the course material and be credited for their effort in class.

We also have to consider that outdated closed-book exams are outdated. My first open-book exam felt weird — I had never been given full access to the internet to source for answers before. I think this is because we are in a transition phase into the digital era. Just recently, after several thousands of years of relying on written text, we now have a convenient means to access information through the shared cloud of the internet. With such a drastic new invention, we should expect changes in our old systems so they can continue to stay relevant.

Exams have been historically designed as closed-book, with the goal of preparing students for the real world problems of the time. If a problem solver, such as a physician in the 1900s, needed information about an ailment, they would need to search through countless volumes of medical text before they could find their answer. Memorizing the content would be more time efficient and would allow them to solve the problem faster.

In our 21st century context, we are able to access information to solve problems very quickly, thanks to the internet. Problem solvers in today’s age no longer need to memorize content, as it would always be faster for them to search it up. As such, I believe that exams should change their mode of testing to be more relevant.

Renowned theoretical physicist Albert Einstein once said that “education is not the learning of many facts, but the training of minds to think.” Although this is an old quote, it remains relevant today in support of changing the style of examinations. Instead of testing recall ability, I believe there would be more merit in testing the learner’s ability to employ all the resources available to solve problems in an efficient manner. If all exams were open-book, learners could hone their abilities to source for information from the vast pool that is available to them.

In essence, I believe that examinations should not be a high intensity sprint, but a systematic jog through solving problems. Placing students under such high-pressure situations no longer does them good, and tends to discourage them on their academic endeavors. To make exams more fair to students, they should be untimed and open-book.

I personally love that my final is open-book and untimed. During such a stressful week, it feels nice to know that some of my professors do care about our well-being. This gesture of kindness makes the University, and academia in general, a more inclusive place.

Harsh Hiwase writes primarily about ethics and has been absolutely exhausted this finals week. All the best on this final stretch! Write to him at [email protected].