Preview | Pitt looks to build on hot start against No. 2 NC State Wolfpack on Friday 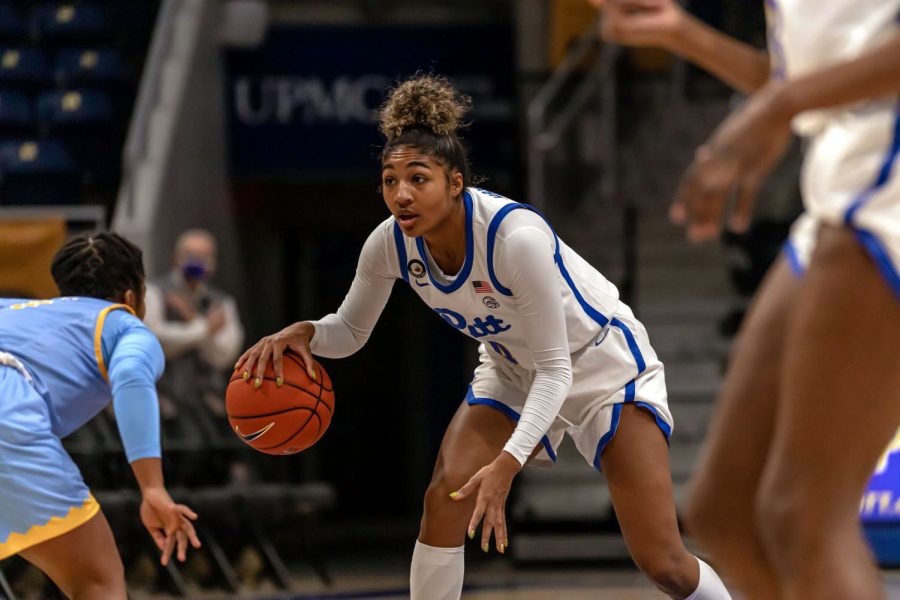 This hot start will be put to the test on Friday, as the Panthers tip off their conference schedule with a home game against No. 2 North Carolina State (8-1, 0-0 ACC). This will be the two teams’ only meeting in the regular season.

The Wolfpack have been the team to beat in the ACC over the last couple of years. They’ve won the last two ACC Tournaments, and ranked as the top team in both preseason ACC polls. NC State has lived up to the hype so far, winning eight straight games after losing their first game of the season to No. 1 South Carolina.

The Pack’s wins are impressive as well. Their resume includes wins over then-No. 2 Maryland, and then-No. 6 Indiana, with an average point differential of 23.6 points per game.

Sophomore guard Diamond Johnson and senior center Elissa Cunane have led the charge for the Wolfpack offense thus far. Johnson has averaged 13.4 points per game on 49.5% shooting thus far. Most of this production has come off the bench but she still plays significant minutes for the Pack, averaging the fourth-most minutes played on the team.

Cunane has similar scoring numbers to Johnson, but she makes her money inside the arc as she averages 12.7 points on 53.2% shooting and only 2-4 from three. Cunane has averaged 7.7 rebounds a night to this point, starting all nine games.

Head coach Wes Moore knows that they can’t look past Pitt in their quest for their first regular-season title since 1990.

“Pitt is much improved,” he said. “They’re very deep, and we’re going to have our hands full on the road.”

As mentioned, the Panthers are off to their best start since the 2009-10 season, when they started 9-1 in their first 10 games. Pitt is riding off of their third straight win against Coppin State and the help has been coming from all over the roster. Pitt’s top scorer is senior guard Jayla Everett, who has put up 16.3 points per game on 39.8% shooting, despite missing three games earlier this season.

A surprising player that has shown up in key moments is junior forward Amber Brown. The Louisiana native has averaged 10 points on 61% shooting and 6.6 rebounds per game through the first 10 games. In the last game against the Eagles, she put up 20 points on 7-11 shooting and collected six boards. Her performance coincided with Everett’s 15 points on 6-18 shooting, and helped the Panthers push past Coppin State.

Another Panther to look out for is sophomore forward Liatu King. She broke out during the team’s trip to the Virgin Islands, averaging 11.6 points and 14 rebounds through the three games. For the accomplishment, Pitt Athletics named her an athlete of the week. She added to her total with 15 rebounds against Coppin State, bringing her average to 10.1 a night.

As a team, the Panthers are one of the top rebounding squads in the nation. They had the fourth-most rebounds through Monday with 436, trailing only Minnesota, UMass and Furman nationally.

They’re also fourth in rebounds per game through Monday with 48.4, trailing only Troy, Coastal Carolina and Tennessee. Pitt picked up 47 more boards in the game against Coppin State on Tuesday.

After Tuesday’s game, Head Coach Lance White said he understands the daunting task ahead of his group, and he explained what they have to do to keep up their hot start.

“We had bad body language [tonight], and that has to change,” he said. “From here on, every game is a game we’re not expected to win and so now we have to be the underdog and make sure we have that mentality that got us to this point.”

The Panthers and Wolfpack will play at the Petersen Events Center on Friday at 6 p.m. ACC Network will broadcast the game nationally.