‘Won’t be a unified front’: Professors opposed to union reflect on vote 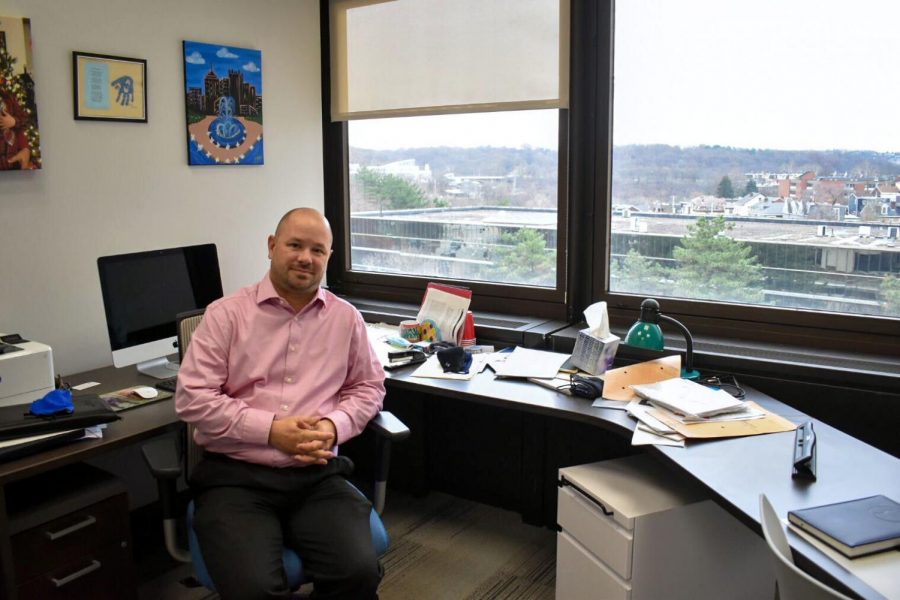 Chris Bonneau, political science professor, in his office in Posvar Hall on Wednesday.

Ilia Murtazashvili said he was not surprised that the Pitt faculty union vote was successful this fall, but was surprised that a third of the faculty voted in opposition to the union.

“To me, that means there is a lot of division in the faculty on a union,” Murtazashvili, associate professor in the Graduate School of Public and International Affairs, said. “And that means there won’t be a unified front with faculty bargaining.”

After a multi-year effort to unionize, Pitt faculty voted in favor of creating a union, with 1,511 faculty members voting in favor and 612 against. The union will be affiliated with the United Steelworkers’ Academic Workers Association, which has helped unionize other local universities, including Point Park and Robert Morris.

With collective bargaining, a system where the union and administration will negotiate about faculty contracts, Murtazashvili said he is concerned that a union might cause tension and “ultimately reduce our ability to function collectively.”

Chris Bonneau, professor of political science, also said he voted against unionization due to the potential contention it could introduce into the University.

“When you have a collectively bargained contract, and you have a process where someone’s giving this, someone’s getting that,” Bonneau, the immediate past president of the University Senate, said. “It has the potential to be a very legalistic, adversarial relationship.”

According to Bonneau, a new dynamic between faculty and administration could ultimately lead to potential increases in tuition if salaries go up. Faculty have a strong presence on the University Planning and Budgeting Committee, which sets tuition and salary figures, as well as recommends operating budget changes.

As a member of this committee in prior years, Bonneau said the group decides the so-called budget parameters for the operating budget, and then sends a recommendation to the chancellor.

Bonneau said he worries that certain salary raises could lead to increased tuition for students, or even layoffs.

According to Melinda Ciccocioppo, a lecturer in the psychology department and faculty union organizer, past tuition increases have not been tangibly connected to faculty raises.

“Faculty received no raise last year, and at most a 1.5% raise this year.” Ciccocioppo said. “We continue, especially non-tenure stream faculty, to not stack up well in terms of pay with peer institutions. And yet tuition has been raised just about every year.”

Ciccocioppo also said with more faculty at the table to make these budget decisions, there can be more transparency about “where the money flows and a stronger emphasis on service, education and research.”

There are also concerns regarding the union’s position on adjunct professors. According to Murtazashvili, adjunct professors should continue as usual, as changing the role and pay of adjunct teachers can lead to increased costs when hiring these positions.

“Adjunct positions are not meant to be cobbled together for a full-time job,” Murtazashvili said. “They are meant to provide temporary work for folks who have other income. Students need to know that the way to get greater security of teachers they like is through longer-term contracts for appointment-stream faculty. Our administration already has moved in that direction, and it benefits students. The union, with its focus on adjunct courses, isn’t necessarily focused on real stability in faculty employment.”

According to Ciccocioppo, the union is not so much concerned about the temporary nature of the position, but the pay.

“The main issue that’s come up again and again with part-time faculty has been pay,” Ciccocioppo said. “They don’t feel that they are getting paid enough for what they’re doing and their expertise.”

“What would be devastating is if they set a strict salary scale, so if you are a fifth-year assistant professor, this is your salary, if you are an eight-year associate professor, this is your salary,” Bonneau said. “When people get recruited from outside universities, if we don’t have the ability to retain them, or match offers, we’re going to lose our best faculty.”

According to Ciccocioppo, this is not something that is very likely to occur, especially considering the union’s plan to communicate across schools regarding bargaining goals.

“To create these standards across different units, it’s not something faculty want, so why would we put that in the contract?” Ciccocioppo said.

Both Bonneau and Murtazashvili also said there were flaws in how the union campaign characterized the COVID-19 response, such as claiming that faculty were not truly included in decision-making processes.

“In my view, the union campaign was based on a lot of misinformation,” Murtazashvili said. “Especially about Pitt’s COVID-19 health and safety measures and about the alleged lack of a place for faculty at the bargaining table.”

According to Bonneau, faculty did have a say in the virus response, and that the University handled it as successfully as it could.

“I was involved, the other Senate leadership was involved from the very beginning,” Bonneau said. “The people leading the organizing campaign can say that ‘all faculty weren’t involved,’ but they weren’t involved. There were things that could have been done differently, but that’s part of dealing with this kind of environment.”

Ciccocioppo said shared governance — which allows faculty members to partake in committees and create plans, but ultimately leaves administrators with the final say — did not give faculty any “decision power.”

“There isn’t any kind of power behind this shared governance. Faculty can work really hard and make recommendations to administration, but administration can just say no or not follow through,” Ciccocioppo said. “There isn’t any decision power. Things have just been handed down to us, and we’re all confused trying to figure out how to teach classes and conduct research without guidance.”

“Faculty are the ones doing the work, doing the teaching, doing the research that make this University run,” Ciccocioppo said. “And when we have a greater say in those conditions, we can improve these elements of the University.”