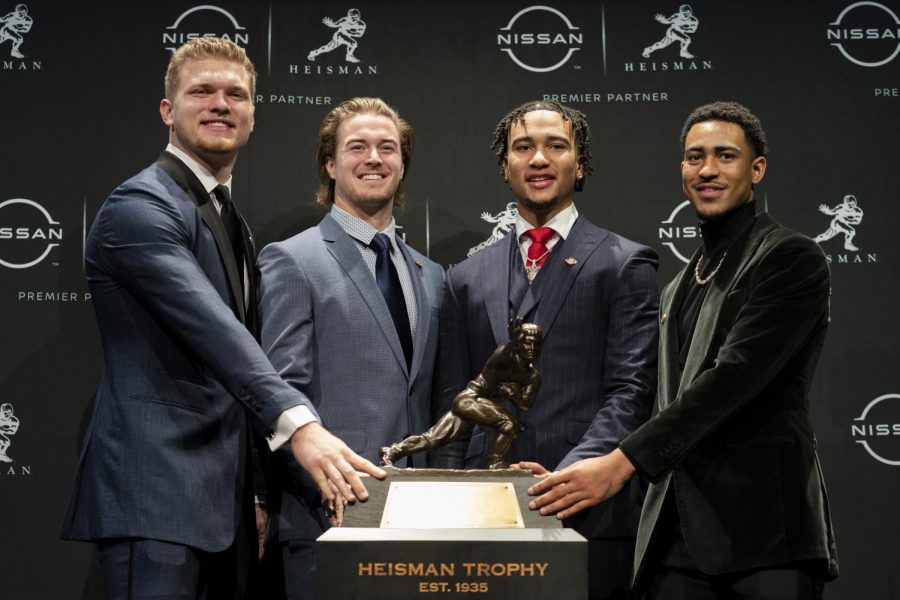 Young threw for 4,322 yards and 43 touchdowns while playing in the SEC, a near carbon copy of Pickett’s statline. He beat out the other finalists — Pickett, Ohio State first-year quarterback C.J. Stroud and Michigan senior defensive lineman Aidan Hutchinson.

While it wasn’t the result he wanted, Pickett said he’s gracious for the opportunity to sit amongst the other finalists.

“It was awesome meeting all three of them,” Pickett said. “All so well deserving and all great people.”

Pickett threw for 4,319 yards and 42 touchdowns this season, before receiving an invitation to the Heisman Trophy ceremony. Pickett said the invitation was a “team award.”

“It’s a special thing,” Pickett said. “It hasn’t been done here in a long time. To have your name be next to that award and talk about going to New York City, being close to home, it’s special. It’s a team award … I’ve improved, yes. But this team has improved so much and I’m so grateful for every single guy in that room.”

Pickett set lofty goals for himself going into his final season with the Panthers, and noted Saturday evening that while “close,” he hasn’t “made it” to where he wants to be just yet. Most of his goals were team oriented — wanting to win both a Coastal Division title and ACC Championship, both of which he accomplished.

Pickett’s status for Pitt’s next game in the Peach Bowl is still up in the air. Pickett said earlier this week he will take time to weigh his options and talk it over with his family before announcing a decision.