Panthers mauled by No. 3 Cardinals, 81-39, remain winless in ACC 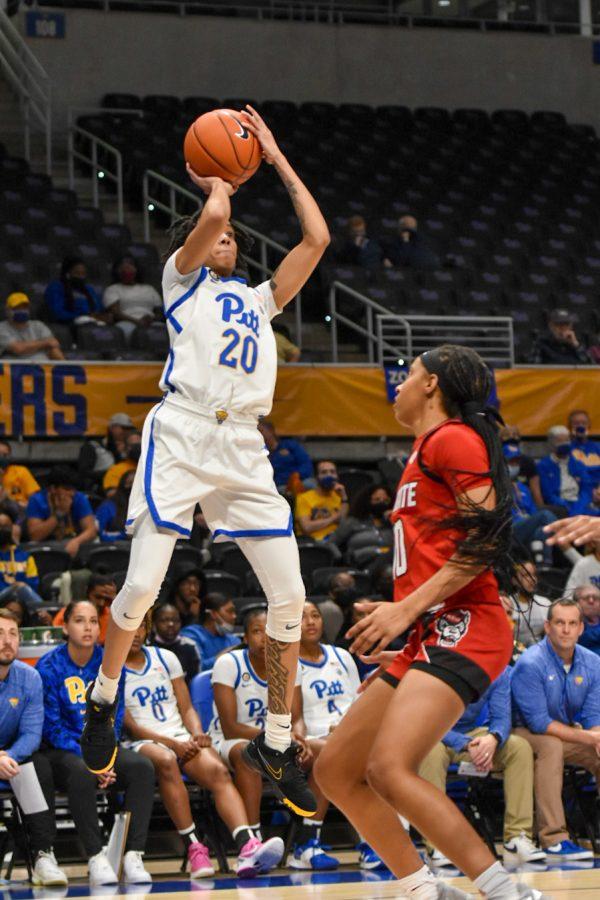 Pitt women’s basketball was sidelined for more than two weeks after the ACC postponed post-Christmas games against Georgia Tech and Boston College. When the Panthers finally returned to the court on Thursday night against No. 3 Louisville, they looked rusty, rather than well-rested.

Pitt (9-5 overall, 0-3 ACC) dug itself an early hole and was never able to recover, not even a little, against the Cardinals (13-1 overall, 2-0 ACC), the ACC’s highest ranked team. The Panthers couldn’t hang on to the ball, make shots or matchup with their opponents in transition. As a result, they lost badly, 81-39, at the KFC Yum! Center on Tuesday night.

Neither team looked sharp from the jump. A slew of early turnovers — 10 combined before the midway mark of the first quarter — and missed jumpers made for an ugly first few minutes.

But the Cardinals wasted no time reestablishing control and it became quickly evident that the Panthers were in for a long night. Because Pitt turned the ball over so frequently, Louisville was able to open up the transition game and beat its opponents down the court repeatedly. The Cardinals didn’t shoot particularly well, but created an abundance of scoring opportunities with tremendous defense, quickness up the floor and dominant offensive rebounding.

Meanwhile, the Panthers were maddeningly sloppy with the ball in their hands. Even when on those rare occasions where the Panthers could maintain possession, their shots rarely found the bottom of the net. Pitt ended the half down 40-13, having attempted half as many shots as its opponents and owning a turnover margin of -16.

The second half featured more of the same as Louisville seemed to get progressively stronger with each passing minute. After taking a while to warm up, the Cardinals found a rhythm on the offensive end in the second quarter.

It wasn’t just the frequency at which the Panthers made mistakes that was concerning, but the nature of their miscues stood out. They made the routine look almost impossible. Simple passes skipped off of Pitt players’ hands. Layups bounced ungracefully off the backboard. Jump shots sailed over and under the rim.

Only three Panthers made more than one field goal all night. Junior forward Emy Hayford was one of them, and she led Pitt in scoring with eight points. Junior center Rita Igbowke, despite shooting poorly, was one of the lone bright spots for the visitors. She collected 14 rebounds, a pair of blocks and an assist in 21 minutes of action.

And nothing head coach Lance White drew up seemed to make a difference. In the second half he went deep into his bench, looking for a spark that wasn’t there. On offense, he redirected the focus away from his guards and sought to work the ball in deep to post players, but it was to no avail.

Defensively, they fell victim to a dominant offensive rebounding performance by Lousiville when in man-to-man sets and surrendered easy looks from 3-point distance after switching to zone.

Pitt was impressive in the non-conference schedule, but this young team has come crashing down to earth after losing each of its first ACC contests by more than 25 points each.

It has been a radically difficult opening for the Panthers, who drew two top-5 ranked teams in NC State and Louisville plus top-25 ranked Notre Dame in their first three conference games, and their winless ACC record reflects that. Luckily for them, the next couple of weeks offer some respite with Boston College and Georgia Tech set to visit Pittsburgh next week for two games in three days.

Pitt will return to the Pete in anticipation of a Jan. 11 contest vs. the Yellow Jackets. Tip off is scheduled for 6 p.m. and the game will air on ACC Network Extra.