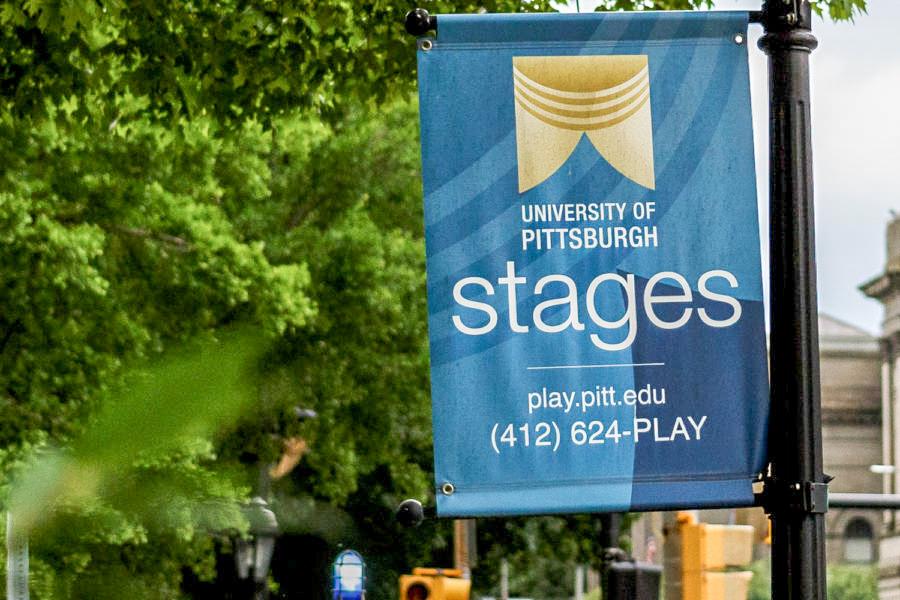 By Saraya Velez, For The Pitt News

Following its lineup of plays in the fall, Pitt Stages is preparing for its return to Oakland theaters this spring. They have a diverse set of plays focusing on queer identity, personal growth and self-discovery.

After returning to live and in-person productions this fall following a season of virtual productions, Pitt Stages will continue its live shows this spring with three new mainstage productions.

The three productions are “A New Brain” in February and “Why We Have A Body” and “Emilia” in April. There has not yet been any updates in terms of how the Omicron COVID-19 variant may affect the production timeline.

The first production, “A New Brain,” will run from Feb. 18 to 27 at Charity Randall Theatre. “A New Brain” will be directed by Tru Verret-Fleming, a professional actor and entertainer in Pittsburgh. They are also a theater professor at nearby Point Park University.

According to Verret-Fleming, the production is about a composer trying to navigate the internal conflict that comes with experiencing illness and self-discovery. It’s an autobiographical musical written by William Finn and James Lapine about Finn.

“The story at the core is about a composer who is kind of neurotic and stressed out about his artistry,” Verret-Fleming said. “He actually has a brain defect or a brain illness that is first assumed to be terminal, and then it’s something that isn’t. Through the course of that, he realizes to appreciate life and appreciate his artistry and appreciate his relationships with people.”

Verret-Fleming said “A New Brain” also follows how individuals can lose sight of their open-mindedness while on a journey of self-discovery.

“At the heart of it, it’s about music and love and hope, and your relationships and how you think from a different perspective,” Verret-Fleming said. “Whether it be external conflict that changes that or internal conflict, just remembering to keep your eyes open and be positive and hopeful.”

The next production of the season is “Why We Have A Body,” and is directed by fourth-year English writing and political science double major Julia Kreutzer. “Why We Have A Body” is set to run from April 1 to 10 at the Henry Heymann Theatre. Kreutzer is also a senior staff columnist at The Pitt News.

Kreutzer said she has been directing plays since 2019, when she first read the script for “Why We Have A Body” and loved the story behind it. She said she only directs shows that are written by queer women.

“I pretty much only produce or direct shows that are written by queer women,” Kreutzer said. “There’s a lot of themes of like queerness and womanhood and mental illness that we discussed in the show, and I think it will hit home in many different ways this year than it did when I first encountered the script in 2019.”

Kreutzer said the play does not have much of a plotline, but rather an overarching theme of queer revelation among a group of LGBTQ+ women who each have vastly different career paths.

“[Why We Have A Body] is about four women, two sisters, their mother and a love interest,” Kreutzer said. “It’s a very abstract show where there’s not as much of an exact plot, but all of these women are searching for something much deeper in their lives, and they all have various careers that require them to take on different roles in their lives and search for something deeper.”

The last mainstage production, “Emilia,” is the story of Emilia Bassano Lanier, a real-life 16th-century English-Italian poet, and is set through the different stages of her life. Her story begins as a child dealing with the premature death of her parents. As she grows older, she faces her grief, but also combats feminist stereotypes while distinguishing her place in society.

According to Bria Walker, an associate professor of theater arts who is directing the play, it follows the growth and gradual change of English culture while including both traditional and contemporary elements of the time period.

“It mixes 16th-century Elizabethan England with contemporary culture,” Walker said. “It has moments of hilarity and ridiculousness, but also deep moments of pain and sadness. In no way is this show supposed to be an exact interpretation of 16th-century England. It’s a mix between reality and dreams, fact and fiction.”

Walker said she was a fan of the production after reading through it, but being able to watch it online made her more excited to have a hands-on experience.

“I’m very excited to direct this production,” Walker said. “I have been a fan of it since I read it a couple of years ago. I was able to see an archival production of it online during the pandemic and I fell in love with it even more after that.”

With the spring semester’s first production quickly approaching, Verret-Fleming said they are confident that everyone behind the scenes and on the set will put forth their best effort and work collectively to carry out the productions successfully.