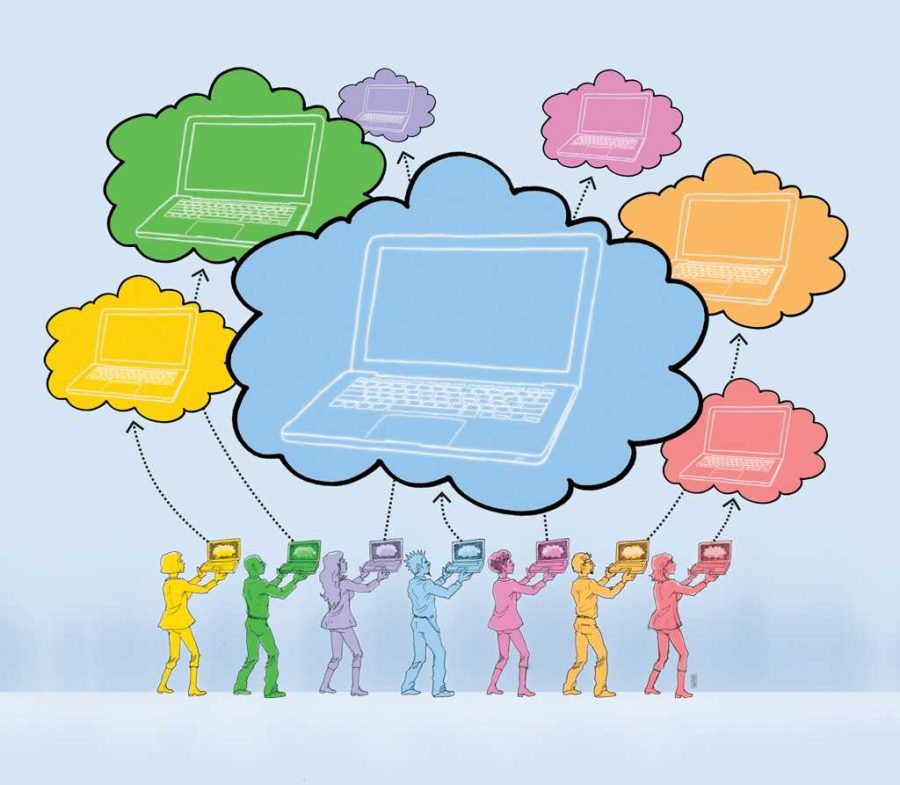 By Anita Bengert, For The Pitt News

Just hear those coins jingle-ing and notifications ring-ting tingle-ing as exemplary adults prank their laughable children on camera before “humbly” surprising them with overpriced toys. Viral trends are replacing vital traditions. The overcommercialization of holidays has left family time behind and brought competition for consumers to boast expensive presents for online clout.

Traditional holidays have morphed into something unrecognizable. Many of us have been consumed by the lure of social media. Screens all around the world displayed events that were bright, shiny and perfect. But the holidays as I remember it entail quarreling with family and friends, missing flights and last-minute shopping — everything but perfection, just the way Macaulay Culkin and I like it. Messy emotions, interpersonal dynamics and ugly sweaters are what make people crave the holiday nostalgia every year. Those stuck in the interweb are dispirited when coming back to our beautifully chaotic reality.

Vulnerable social media users lose their holiday cheer when they compare their own lives to one-minute staged videos. The actual reality of the holidays begins to merge with the fabricated version created by social media, setting unrealistic standards that minimize people’s self worth if they cannot meet them.

Algorithms boost videos that show large, wealthy, nuclear families since they attract the most engagement. This happy-go-lucky picture falsely portrays what festivities truly looked like for many people this year — travel restrictions, budget issues, illnesses and more. Many hide their struggles from social media, yet continue dancing for all of the likes and comments, pleasing strangers rather than prioritizing time with their loved ones.

I fell on my own sword over break by downloading TikTok. Sure enough, I witnessed countless videos of children recorded like puppets as they opened their presents, obliviously in front of millions of viewers. Parents are just as susceptible to social media’s trance as their kids, wanting to fit in, show off and be accepted by others. They post their children receiving expensive presents and luxurious vacations to play the part of a “good” parent in the eyes of viewers. The value of holidays are now determined by the quality of gifts rather than quality time. Memories are not being lived, but instead stored in our phones and saved for later.

Influencers posing with the newest “must-have” items are the first dominoes to fall before everyone rapidly winds up with the same things. Online gift guides and viral products have stripped away the personalization and uniqueness of presents. For example, as I searched through Google for “dad gifts,” I went through several different sites showing the same sponsored lists. Holiday presents were once a form of communication, connection and love, but have since emerged into competition, approval and striving for perceived status.

I worry people are becoming cookie-cutter versions of one another, losing all individuality by copying viral styles, products and whatever else is trending next. The holidays are supposed to look different to everyone, but users are falling for social media’s glamorized portrayal of what celebration is supposed to look like. Those who cannot meet the high expectations feel inferior to those performing online. Younger audiences are disconnecting from traditions and disengaging from intimacy due to these depictions. They become the pawns in this commercialized game and continue the cycle by re-posting themselves, entrapping the next victims.

I always imagined my future children running down the staircase, ripping open their gifts made by Crayola, as Disney channel commercials play in the background — just as I did. But as I watch social media swiftly captivate the world, I fear that it has already influenced the holiday experience for my future family. I may have unknowingly celebrated my very last traditional holiday.

Anita Bengert writes primarily about her perspective of 21st century America, the influence of social media, and the humor behind societal flaws.