In case you missed it: News from winter break 2021 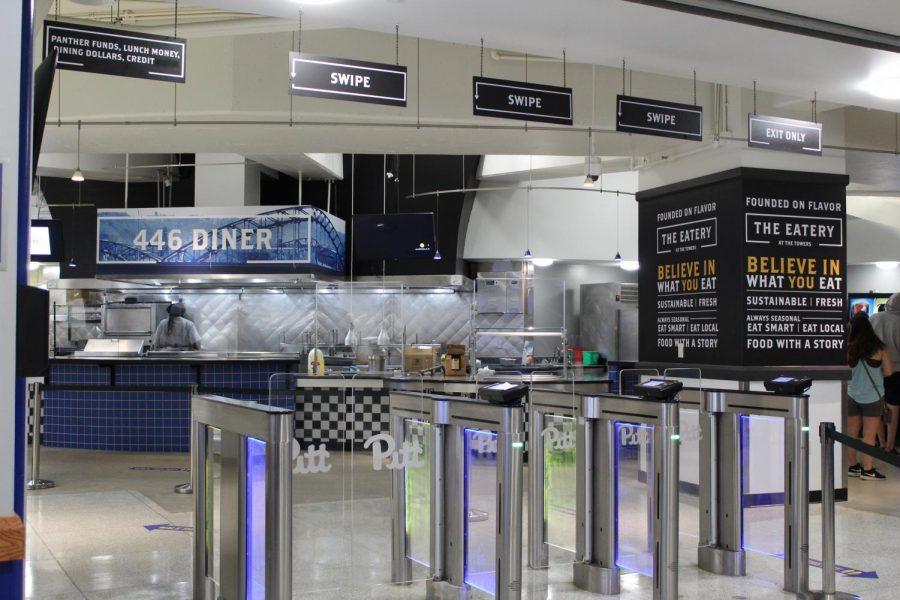 The entrance to The Eatery in Litchfield Towers.

Despite Pitt’s desolate campus after students flocked home for winter break, there was no shortage of action in the Oakland area. Here’s a round-up of news you may have missed over break.

Sodexo Operations LLC, Pitt’s former food service provider, filed a more than $7 million lawsuit against the University in federal court on Dec. 23. The lawsuit claims that Pitt failed to honor its contracts with Sodexo by directing the company to prepare food and have employees ready for Pitt’s entire student body to be back on both the Oakland and Johnstown campuses after spring break in March 2020. The University ultimately sent all students home due to the start of the COVID-19 pandemic.

Sodexo is suing Pitt on three counts of breach of contract and one count of unjust enrichment.  According to the lawsuit, the number of students expected to return to campus in March 2020 changed from 4,000 to 1,500, and then to 200. Due to the lack of knowledge surrounding how many students would be returning to campus, the lawsuit alleges that “Sodexo incurred millions of dollars in additional inventory and labor charges for which [Pitt] has refused to reimburse or otherwise compensate Sodexo, despite numerous requests.”

According to the Pittsburgh Post-Gazette, the food service company believed Pitt would compensate them for more than $5.5 million in labor and materials costs from stocking the Oakland and Johnstown campuses during March 2020, but the University did not.

A University spokesperson declined The Pitt News’ request to comment on the pending litigation.

According to the suit, Sodexo also signed a contract with Pitt in 2017 to help renovate and improve the dining areas in the Oakland campus. Sodexo’s monetary contributions to the project would total more than $4.8 million paid in three installments over three years. However, Pitt halted the renovation efforts when students shifted to online classes in spring 2020.

Sodexo had been Pitt’s longtime dining contractor before the University started a new contract with Compass Group on July 1, 2020.

Gainey sworn in as first Black mayor of Pittsburgh

Ed Gainey was sworn in to serve his first term as mayor of Pittsburgh on Jan. 3. Gainey defeated Republican nominee Tony Moreno in Pennsylvania’s municipal election on Nov. 2 with about 70% of the vote compared to Moreno’s 29%. Gainey is the first Black mayor of Pittsburgh and his platform includes demilitarizing police equipment and training, mental health reforms, community policing strategies and banning solitary confinement.

Pitt announced Dec. 30 that classes will be online for the first two and a half weeks of the spring semester, in addition to implementing a cohort-based arrival program for students living in residence halls starting Jan. 8.

Campus will remain in a shelter-in-place until at least Jan. 26. According to a campus-wide email from Provost Ann Cudd, the moves come as worries and cases rise due to the highly transmissible Omicron COVID-19 variant.

Around 200 volunteers gathered on Dec. 25 to help distribute winter gear, meals and presents for those across the City who may not have been able to celebrate as part of “Christmas Day at Pitt.” The Office of Engagement and Community Affairs led the event, which Pitt cancelled last year due to the COVID-19 pandemic.

The Oakland Planning and Development Corp. held its monthly “Let’s Talk/Oakwatch” meeting over Zoom on Dec. 15 to discuss inclusionary zoning — encouraging or requiring developers to make a certain percentage of units affordable to low-income households — in other neighborhoods in Pittsburgh, such as Lawrenceville, and how inclusionary zoning can be implemented in Oakland.

During the Oakwatch portion of the monthly meeting, Elena Zaitsoff, chairperson of Oakwatch, announced that the City Council passed changes to the Residential Parking Permit program discussed at a Nov. 17 OPDC meeting. Lizabeth Gray, neighborhood quality consultant, discussed “problem properties” in Oakland and how they are being managed.

Gray also updated attendees about crime in the Oakland area. Gray said Pitt and City police are starting an arson investigation into a couch that was set on fire after Pitt won the ACC football championship game on Dec. 4.

Owners of The Porch at Schenley Plaza discussed a proposal to cover the restaurant’s outdoor patio, and build a small greenhouse for herbs and vegetables, at an OPDC meeting on Dec. 13. Representatives from nearby Carnegie Mellon University also presented the latest version of the university’s Institutional Master Plan, which it hoped to finalize and submit to the City Planning Commission by the end of December.

Local officials are pushing for improvements to Bates Street and additional ramps from Parkway East in Oakland to allow for better access to the Hazelwood Green development. According to the Pittsburgh Post-Gazette, the Pennsylvania Department of Transportation is looking to use federal infrastructure funds for two projects in the area — widening Bates Street from two lanes to four between Route 885/Boulevard of the Allies in Oakland and Second Avenue in Hazelwood, as well as adding an eastbound exit and a westbound entrance to the Parkway East from the Bates Street area.