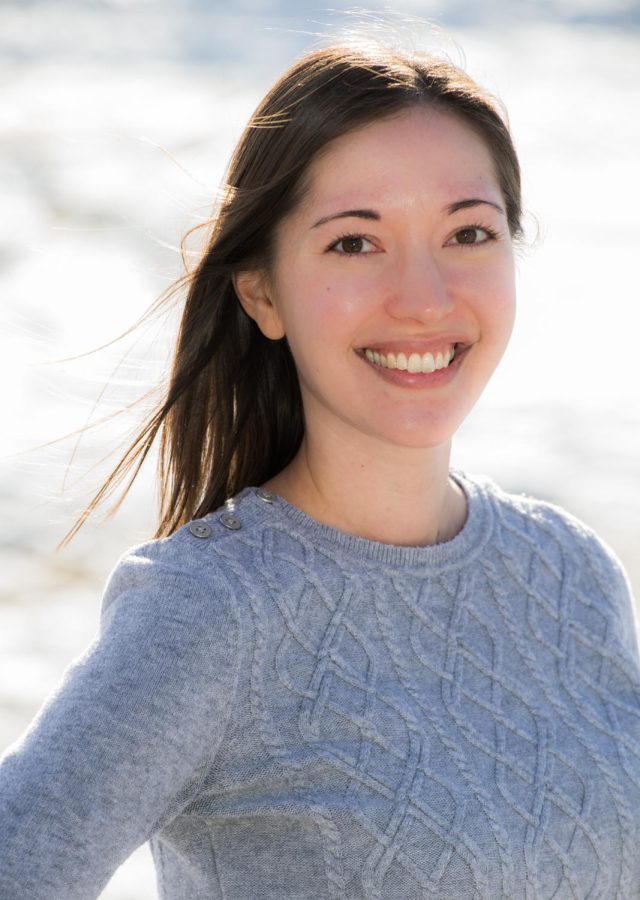 Mariko Turk is a Pitt alumna and author.

Mariko Turk, an up-and-coming young adult author and Pitt alumna, released her debut novel “The Other Side of Perfect” last May. The novel centers on the high school student Alina, a passionate ballet dancer, who experiences a life-changing injury that prevents her from pursuing her dream of dancing professionally.

Turk talked with The Pitt News about her experience with Pitt’s English department and how encouragement from her professors led her to a career writing YA.

This interview has been edited for length and clarity.

The Pitt News: When did you start writing, and what kind of role has it played throughout your life?

Mariko Turk: I started writing in college actually. It was the first time I really took a creative writing course. I think a lot of times, authors will have been writing since they were really little, but for me, it was in college and I just loved it. If I’m working on a project, I can spend hours losing myself in writing. It’s always been a fun thing for me, even when it’s difficult. It’s always been a positive and exciting part of my life.

TPN: When you started to write, did you always know you wanted to write YA?

MT: No, I did not. When I started in college, we were reading a lot of fiction for adults. When we’d write short stories in creative writing classes, mine would kind of be geared towards adults. I didn’t really get into young adult literature until later in college, because I got the Children’s Literature certificate through the English department, and I loved those classes. I was so fascinated with books that are written for young people. When you read YA, you’re reading what we as a culture want to teach young people.

I went to graduate school after my time at Pitt to get my Ph.D. in English, so I was studying children’s books and YA literature, and I was analyzing it and writing critiques of them, but I wasn’t writing them yet  — I was writing about them. But then after graduate school, I was kind of burnt out with academic writing and research writing, and so that’s when I decided I’d write a book for young people, and that became “The Other Side of Perfect.”

TPN: How did your experience at Pitt impact your journey as a writer?

MT: I have such fond memories of creative writing and children’s literature classes at Pitt. It was such an exciting time because all of my professors were so supportive and they made writing seem exciting.  I think because I had such good memories about writing, that really carried through to when I started writing the novel for the first time. I really drew on a lot of that to get me through the difficult process of writing a novel.

TPN: What was the process of publishing the novel like?

MT: This was my first attempt at writing a book. And I think that’s kind of rare. Because a lot of people start earlier with their writing journey. A lot of other authors have written other books before they sold their first books to have more practice, but I think because I started later, and because I’ve spent all those years at Pitt and at graduate school, I was able to draw on all of that experience and all that reading to write the book.

I wrote a first draft pretty quickly, in about a few months. I was sending it out to literary agents, and I got a lot of good feedback from them who said, “Okay, I don’t think this is ready yet. But here’s what I liked, and here’s what you could improve.” I was really lucky to get that feedback from agents.

So I worked for another two years revising the novel, and then I got an agent who was really wonderful. She actually had a very personal connection to the story. She had also been an aspiring ballet dancer who actually broke her hip at 16 and couldn’t continue. So she and I revised the book some more.

She sent out to publishers, and luckily, there were a lot who were interested. We picked the editor who was the best fit and did more revisions with her, and then it was out in the world. I think the most important point about publishing is that you’re always revising, and it always makes the book stronger.

TPN: How did the main character, Alina, come to you, and why were you driven to tell her story?

MT: When I decided that I wanted to write a book for young people, I was thinking about my own teenage years. I was really into dance and musical theater, but I had broken my leg while dancing. It was a really severe injury, and I remember thinking when it happened, “I’m so glad that I’m not like, hoping to be a professional dancer.” It would be so heartbreaking to have wanted to devote your life to something and then to lose your identity because that would just be such a huge part of who you were.

Alina is similar to me in some ways and different in others. After submitting the first draft of my book, one of the things that the agents were giving feedback on was that they thought the character handled the recovery too easily, which is kind of, you know, unrealistic for a high school student who just lost the thing that they love to do.

When I was writing it, I wanted her to get through it easily because I was like, “Oh, this would suck. I don’t want this to be really hard for her to get through.” But that is not an honest story. So I really thought honestly, and put myself back to my teenage years and was like, “Okay, when I was a teenager, what if I was really good at ballet and I wanted to be a professional and then I got injured? How would I handle that?”

TPN: What do you hope young adults take away from the novel?

TPN: If you could give one piece of advice to students in the English department at Pitt hoping to pursue a career in writing, what would it be?

MT: Read, like a lot. Read everything you can 一 all kinds of stuff. That’s the biggest way to improve your writing. If you have a sense of what you might want to write later, read in that genre. But read widely too. Read whatever interests you, because that not only helps you improve your writing, but it also gives you a sense of what’s being published right now. That’s a big part of having a career in writing 一 knowing what stories are being told and what people might want to read right now.