Column | The Pro Bowl is an embarrassment in current state, needs changes 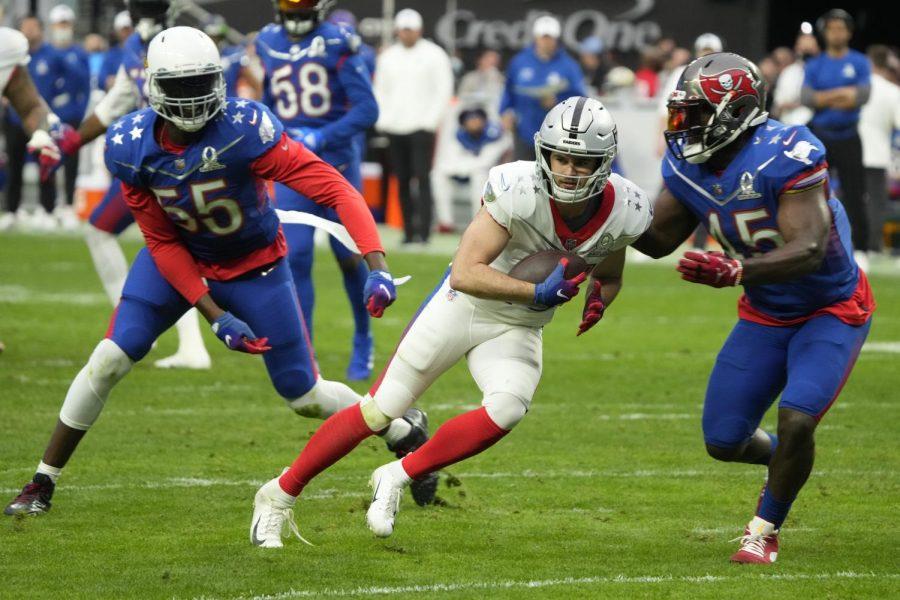 The current Pro Bowl is bad for the sport. A game where no one puts in the effort to play defense or even tackle is embarrassing for the NFL. The lackluster game has caused dropping ratings and increased opt-outs. Improving the quality of the Pro Bowl would not only increase ratings for the game, but would also promote a better image of the NFL.

The Pro Bowl is a season-end game played by the players and coaches considered to be the best from teams in the NFL. The NFL has experimented with other roster selection methods in the past, but the current rosters consist of the best players from the AFC and NFC. The game is meant to be an entertaining finish to the season and a warmup for fans before the Super Bowl that occurs the following weekend.

One reason for the sharp decline in viewership is the game’s unimportance. There are no stakes in the Pro Bowl. The winner of the game has no true incentive besides slight monetary gain — an additional $80,000.

The game takes place in between the conference championship games and the Super Bowl. Unlike the NBA, MLB and NHL’s all-star games — which occur midway through their respective seasons — the Pro Bowl consists of players who have already completed their seasons. The game features little, if any, defense at all and becomes a glorified contest of two-hand-touch. Many prominent players selected to the Pro Bowl choose to opt-out of the game.

The Pro Bowl is not a good representation of the NFL’s best players. Some of the league’s most feared and powerful players shouldn’t be represented by a game of touch football. One of the most memorable Pro Bowl plays was a vicious hit from safety Sean Taylor onto punter Brian Moorman from 2006. Intensity like that simply is not seen enough in recent Pro Bowl games.

The 2022 game saw a high-scoring affair, with the AFC winning 41-35. Despite the offensive display, current players questioned the efforts of the players. #ProBowl was trending on social media for the wrong reasons.

The Pro Bowl Skills Showdown is the most entertaining part of Pro Bowl weekend. The precision passing, fastest man, threading the needle, best catch and dodgeball are events that the Pro Bowl should build upon. The NFL should bring more events in — such as strongest man and farthest throw — to properly display the talents of the Pro Bowlers. But even with the Skills Showdown, the game has to take strides to improve ratings.

To better the actual game, the NFL should give incentives for winning Pro Bowl MVP and to the winning team. A possible incentive could be an additional million dollars to the Pro Bowl winner, as well as a home-field advantage in the Super Bowl for the winning conference — which would allow the team to choose which jersey to wear and the home locker room in the Super Bowl stadium. Upping the ante will make the Pro Bowl more competitive, and make it more entertaining.

The timing of the Pro Bowl game should also change. The game should move to after the Super Bowl so that all players can participate. Possible fines or penalties to players who do not play in the game would ensure that the best stars in the league attend. The NFL could combine the Pro Bowl with the NFL awards show to make it more of a spectacle.

The NFL is growing at rapid rates and the game’s superstars are becoming even better. An improved Pro Bowl is needed to showcase the league’s talent. The game doesn’t have to be perfect but it cannot exist in its current state. The NFL should be embarrassed and look for ways to improve upon the Pro Bowl.