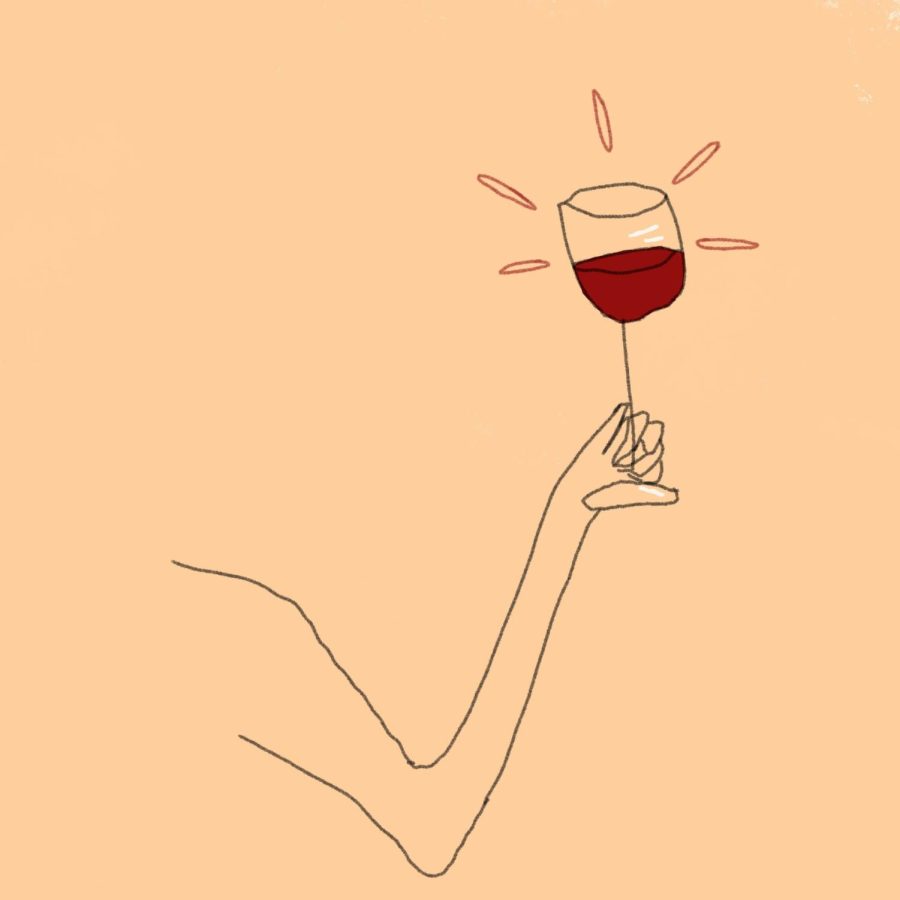 America has a drinking problem.

The core problem is the drinking culture promoted in colleges around the country. Drinking in college is a rite of passage for many, and some college students believe that drinking is a central aspect of their experience — but that isn’t true.

Prospective college students often look for whether the school they’re applying to has a good “party scene.” Major sites, such as Niche, Newsweek and Princeton Review, didn’t rank Pitt as having a substantial party scene. But this doesn’t mean that party culture involving underage binge drinking is absent at Pitt.

Despite the legal drinking age being 21, about 53% of American college students aged 18 to 22, responding to a survey by the National Institute on Alcohol Abuse and Alcoholism, said they had drunk alcohol in the last month. There were 105 arrests for liquor law violations on campus at Pitt from 2018-20, as underaged students follow the college tradition of drinking.

The statistical reality of underage drinking in colleges around America is dire — 1,519 college students aged 18 to 24 die every year from alcohol-related unintentional injuries, including motor vehicle crashes. Additionally, as many as one-in-five college women experience sexual assault in any given year, and the majority include the presence of alcohol. I believe this is the result of generations of harmful drinking culture that will take many more generations to correct.

One-in-six Americans binge drink — consuming five or more drinks for men, and four or more drinks for women. This doesn’t sound like much, but potentially exceeding the suggested drink limit within two hours would easily raise one’s blood alcohol concentration to 0.08, the legal threshold for driving under the influence. At a 0.08 BAC, muscle coordination, balance, reaction time, self-control, judgment, reasoning and memory are adversely affected and the risk of injury to the person is increased.

The first step in solving this issue would be to abolish the association between having a good time and drinking copious amounts of alcohol. I find that most college students drink with no clear end goal of how intoxicated they want to be. This often entails drinking all the alcohol they can get their hands on in the shortest amount of time. It almost seems transactional, where we find the most efficient way to get intoxicated in order to have a “great time” every Friday or Saturday night.

The problem with having no clear end goal is that we overdo it. We don’t decide how intoxicated we want to be, so we don’t keep track of how much we are drinking. We keep drinking until we “feel something,” but this is more likely to make us feel sick than tipsy.

Before we know it, we’re at an intoxication level that’s too high for comfort — staggering around, bumping into people, throwing up everywhere and possibly even blacking out. I wouldn’t say that’s an enjoyable night.

Another problematic trend in college drinking culture is to buy the cheapest liquor and mix it with enough juice to mask the strong alcohol taste. We know this as jungle juice.

I like to think that when we drink liquor, there’s a built-in feedback loop system to limit us. Since the flavor of unmixed liquor is so strong and unappealing, we slow ourselves down and drink less once we have had enough and feel queasy. This would effectively stop us from drinking beyond our tolerance level. Jungle juice circumvents this system.

The culture of alcohol consumption in colleges around America needs to change. I believe that safe drinking habits can be developed in college by dropping the existing social convention of binge drinking.

Some ways to better enjoy alcohol would be drinking to enjoy the flavors of the beverage, rather than to get drunk.

Aged alcoholic beverages, such as whiskey and wine, are crafted meticulously over years and have layers of flavor that compliment each other perfectly. Although it may seem that such high quality beverages are reserved for people of higher socioeconomic status, I believe that this is no longer the case. As a college student on a tight budget, I find that there is still a great selection of aged liquors and wines that won’t break the bank.

In my home country of Singapore, where the legal age to drink is 18, my close friends and I had a tradition of having a discount wine night or a whiskey night once a month. Now at 21, I still look through the discount aisles at the liquor store, but I like to read about what flavors I should look out for in each beverage before buying it. The experience of identifying complex notes that come from a whiskey stored for years in a special wooden barrel, or from a wine pressed out of grapes from a faraway country, is always intriguing. I find that you don’t need to be anything, aside from willing, to learn to appreciate such experiences.

We should also realize that drinking is a highly social activity that we can enjoy without getting overly intoxicated. A study by Pitt researcher Dr. Michael Sayette showed that alcohol consumption in moderation aids social interaction. The participants in his study were seen to have “golden moments” where all of them would smile simultaneously and partake in conversation. The participants only had a BAC of about 0.04, or about three drinks.

If we change our expectation of a good time out from one where we get highly intoxicated to one where we have meaningful social interactions, perhaps we would have more rewarding and memorable nights out.

The changes I hope to see in drinking culture will take time and effort on our part. I implore readers to consider the alternatives that I offer to getting blackout drunk. I, for one, hate the nauseating feeling of waking up after a night of excessive drinking and have since been learning to enjoy alcohol for the social aspect of it, rather than to get drunk. Perhaps you will one day see the value of a glass of fine red wine or a whiskey on the rocks over the tall can of Four Loko.

Harsh Hiwase writes about ethics and loves a nice whiskey over the weekend. Write to him at [email protected].