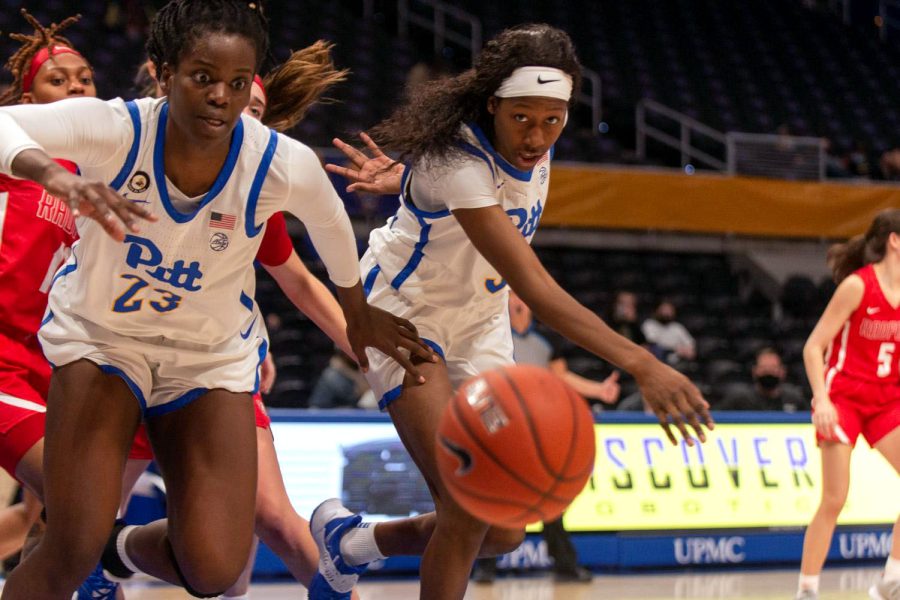 Pitt women’s basketball faced a recurring theme throughout its 2022 campaign — an inability to finish — both their games and, ultimately, the season — with the momentum they started with.

A notable instance of their late-game woes came against former Big East foe Syracuse late in the season. The Panthers led for a commanding 35 minutes of the contest, clearly the stronger team from the tip. All signs pointed toward them breaking a series of undesirable streaks, including 21 consecutive losses to the Orange and six straight defeats in their annual Pink the Pete games.

Instead, the Orange ate the Panthers alive in the fourth quarter. Their seven-point lead eventually disappeared, and Syracuse took its first advantage since the opening minutes of the game with just one minute left on the clock.

With 10 seconds left and down just two points, the Panthers produced a miserable final possession, dribbling aimlessly before nearly airballing a contested shot as time expired. Syracuse led for all of three minutes in the game.

Like the game script against Syracuse, Pitt started off its season historically hot. It went 8-2 in their first 10 games of the year, giving the program its best start to a season since the 2009-10 campaign. Its only losses came in a tough battle against No. 23 Texas A&M and an overtime loss to now tournament-bound South Dakota.

For a program that has broken the .500 plateau just once in the past decade, it appeared things might finally be turning around under fourth-year head coach Lance White. The Panthers had already notched notable wins against power-five opponents Rutgers and Northwestern before riding high into ACC play in December.

In their first conference matchup, the rest of the ACC quickly humbled the Panthers, losing at home to No. 2 NC State by 35 points. They followed the loss with a second conference defeat on the road to No. 21 Notre Dame, this time by 26 points.

After losing their first five ACC contests, the Panthers finally notched their first conference win with a 65-57 victory over Wake Forest. They would go on to win just one more game in conference, finishing last in the ACC with a 2-16 record in conference. A loss to the 5-22 Virginia Cavaliers punctuated their nine-game skid to end the regular season.

With one game left in the season, the Panthers had a chance to redeem something from their underwhelming season with a first-round matchup against the 17-13 Duke Blue Devils.

Again, the Panthers came out swinging. A hot offensive start and stellar defense saw the Panthers jump out to an 11-point lead at the end of the first quarter. They extended their lead to 16 early in the second and held a steady advantage for most of the first three quarters.

History repeated itself down the stretch for the Panthers, as they were never able to pull away and allowed Duke to cut the deficit to just one at the end of the third quarter.

The two teams went back and forth in the final period, but the Blue Devils ended up on top after junior guard Destiny Strother’s game-tying three attempts at the buzzer rang off the front iron. The 55-52 final score ended the Panthers’ season on a sour, yet all too familiar note, dropping them to 11-19 overall.

Amid the 10-game losing streak to end the year, the program dismissed senior guard Jayla Everett. The former transfer was leading the Panthers in both scoring and minutes prior to her dismissal. She was the only Panther to average double digits in points per game, scoring at a clip of 13.6 PPG for the year.

Despite all that went wrong for the Panthers in 2021-22, there are some clear bright spots on their roster. The first is that they will be returning an experienced lineup next year, losing only two seniors who didn’t see much time on the floor to begin with.

One of those returners is junior forward Amber Brown. She was the only Panther last season in the top three on the team in points, rebounds and assists, displaying her versatility as a player. Junior guard Dayshanette Harris is the team’s leading scorer and playmaker, averaging 9.6 points and 2.9 assists per game.

Along with their returners, the Panthers will add top-100 nationally ranked recruit Aislin Malcolm to their lineup for the 2022-23 season. The Pennsylvania native is a prolific scorer and ought to alleviate some of the Panthers’ late-game scoring troubles with her ability to shoot the basketball.

Next season may prove to be a make-or-break season for White. He has yet to produce a season above .500 and many have criticized him over his frequent substitutions. By constantly taking guards in and out of the game, they often seem to be out of rhythm, leading to costly turnovers and stifling them from being able to use the physicality of their frontcourt players.

After years of poor performance, the Panthers desperately needed to see some improvement this season, yet over and over they couldn’t capitalize on standout performances and early momentum.

White has compiled a 6-64 record in the ACC during his time as Pitt’s head coach. After four uninspiring seasons in a row, the Panthers will need to show at least some signs of improvement next season if he wants to stay with the team for the long run.