Editorial | Amazon needs to care about its workers 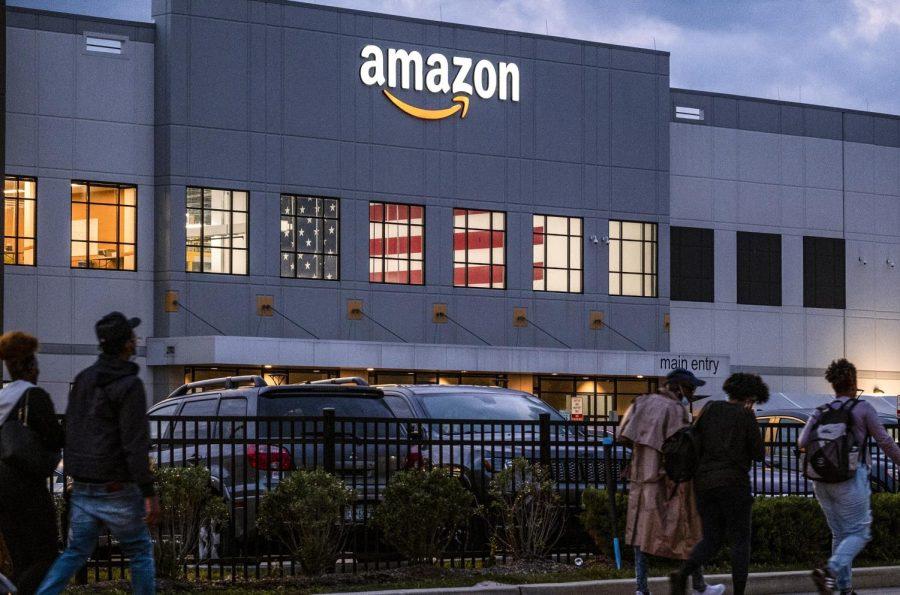 People arrive for work at the Amazon distribution center in the Staten Island borough of New York, on Oct. 25, 2021.

Amazon is a convenience more than millions of people use a day. There are 18.5 orders every second. However, this convenience comes at a cost — the health and safety of the tech giant’s workers.

Amazon workers have been grossly mistreated by their company, with horror stories of injury and a lack of suitable pay coming out frequently. Meanwhile, the company has spent millions of dollars trying to bust unions rather than address the issues that their employees bring up.

Amazon needs to actually care about their employees. This means providing them with suitable health care and pay. This also means treating their workers like actual human beings, not machines that need to meet quotas.

While there is some hope for change — for instance, an Amazon warehouse in Staten Island recently voted to unionize — the amount of money and time spent trying to prevent unionization is frightening. Just last year, Amazon spent $4 million on labor consultants. When an Amazon warehouse in Alabama tried to unionize, the company held 20 anti-union meetings per day before the union vote, among other tactics to try to intimidate workers.

The company should be focused on ensuring employees’ safety rather than spending so much time and money fighting against their unionization efforts. Amazon warehouse workers are twice as likely to get seriously injured on the job compared to other warehouse employees. Rather than installing air conditioning when there was a heat wave, Amazon hired paramedics to take away workers on stretchers who passed out from the heat. No one should have to work under these conditions.

Infamously, Amazon delivery drivers were forced to urinate in bottles while trying to make insane quotas to deliver packages — up to 375 packages per shift. Additionally, some delivery drivers fall under the title of independent contractors, meaning Amazon is shielded from liability if a driver injures someone, which is bound to happen when having to meet such high quotas.

However, when these workers tried to unionize, it was shut down. In 2017, delivery drivers in Michigan were terminated after they organized a union vote, stalling efforts for delivery drivers to unionize again in fear they may be retaliated against.

Instead of pooling company resources to intimidate workers from trying to form a union, Amazon should focus on creating a safe work environment for workers which includes giving them adequate pay, health insurance, enough time for breaks and reducing the quotas that turn workers into machines.