Food For Thought | The Boonseek

Food For Thought is a biweekly blog where Kendall Swift reviews restaurants around Pittsburgh. 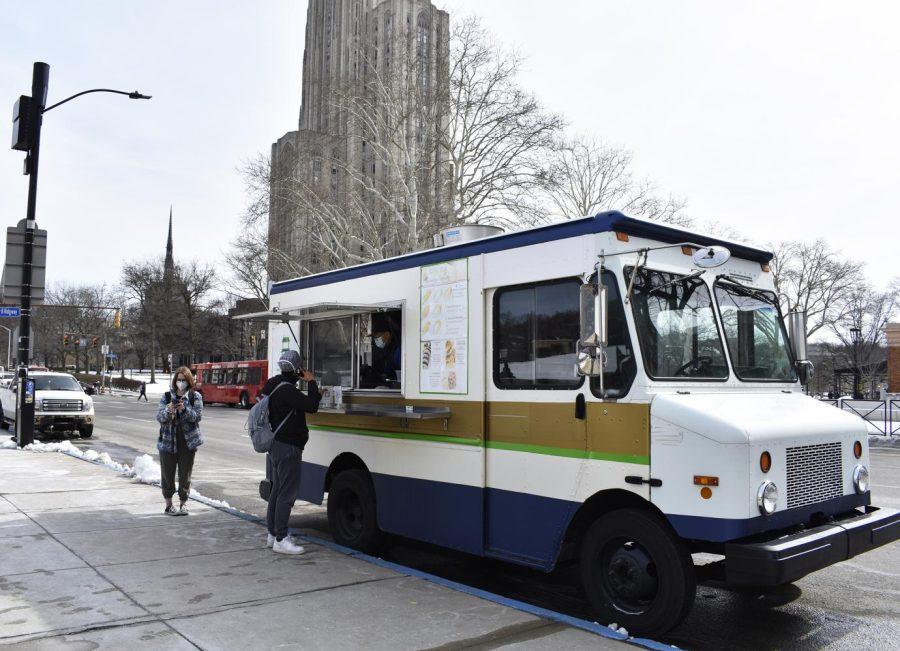 You might’ve noticed a food truck sitting at the intersection of Fifth Avenue and Bigelow Boulevard on your walk between classes. But if you’ve never tried the food, you’re missing out on a great place serving Korean street food.

The Boonseek is a food truck that is active around Pittsburgh and frequently stops on Pitt’s campus. It primarily serves “Korn dogs,” or Korean-style corn dogs, but also offers veggie rolls, dumplings and Korean fried chicken.

I decided to try the Boon Seeker, seeing as it is the namesake of the truck.  One Korn dog, no matter the variety, costs $5. It is important to note that the truck only accepts cash or Venmo payments. When I ordered, there were already a decent amount of people waiting. But I was pleasantly surprised when my order only took about 10 minutes. 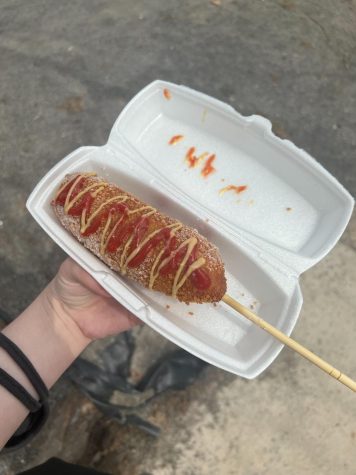 The Boon Seeker, as I’ve mentioned, comes with half mozzarella cheese and half sausage, but is also rolled in sugar and drizzled with mustard and ketchup. Prior to this, I’d never had a corn dog with sugar, and I found that I liked it much more than without it. The mustard and ketchup are not necessarily “fresh” ingredients, but still cut through the richness of the fried food. It was not overwhelming, as the drizzle is modest.

The dough around the Korn dog was much more pillowy than the average corn dog dough. It makes it seem much more fresh than an American corn dog, whose dough is rather dense. The dough, with the sugar on the outside, wildly exceeded my expectations.

The cheese and meat is divided into top and bottom halves, instead of splitting down the middle. Basically, this means you have one at a time rather than both at once. The top half of the Korn dog is the cheese, so you try the cheese first.

The cheese was my favorite half. There was a generous amount of mozzarella cheese but not enough to be overwhelming. Surprisingly, the cheese wasn’t greasy either, as fried cheese often is. Though an unlikely pairing, the sugary dough and cheese go very well together.

The second half is the sausage. Though it is called sausage, it is much more like a hot dog with little pockets of cheddar cheese inside. I grew up calling these “cheese dogs,” though that isn’t a universal name for the food. But it was much thicker than a hot dog. The meat was dense and spongy. It tasted exactly like a hot dog, so there was not much to say on this front. The breading of the Korn dog definitely carries a bit of the sausage’s weight in the lower half. It was still good, but I am more inclined to the cheese.

Overall, I am a big fan of The Boonseek. I thoroughly enjoy the food every time I visit. Plus, the fact that the truck frequently stops on campus makes it a convenient place to grab lunch. The price isn’t too bad, either, considering that it is in the City.

The Boonseek has an active Instagram that posts their location schedule, so you can find out where it will be next. I definitely plan to go again and would recommend it.