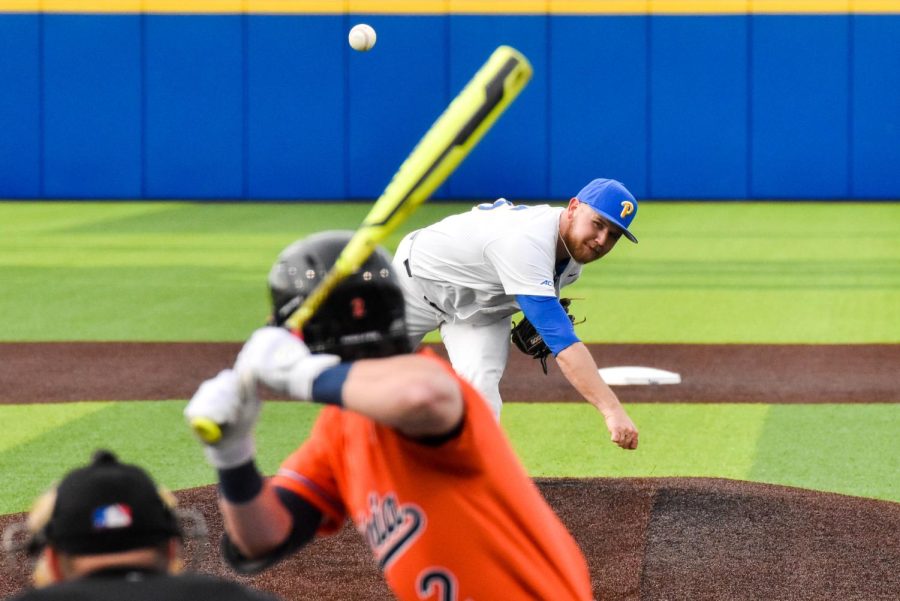 While Pitt students prepare for final exams next week, many will push spring sports to the back of their minds.

Pitt athletics, on the other hand, will continue competing as its spring teams wrap up their seasons.

Baseball, track and field and softball will all play over the course of the next week. If students need a change from the studying and exams, there are ample opportunities to watch the Panthers compete:

April 22-24: Baseball takes on the No. 5 Miami Hurricanes

The Panthers are rolling on the diamond, winning three consecutive series against ranked ACC teams. Pitt is riding high after taking two of three from the No. 6 Virginia Cavaliers. While it has momentum on its side, Pitt has a few guys who are banged up at the moment. Star infielder senior Sky Duff injured himself on a slide last weekend and senior outfielders Kyle Hess, Ron Washington Jr. and Jordan Anderson did not finish the series against Virginia.

Despite injuries, head coach Mike Bell has still managed to produce a lineup that can battle with the conference’s best. On the backs of the consistent Panther pitching staff, Pitt has managed to remain in the middle of the pack of the Coastal Division. If Pitt wins the series against Miami, the Panthers will remain above .500 in conference play. If not, Pitt will have an uphill battle to win the ACC.

Pitt did win an ACC game last weekend against the Boston College Eagles. But the series against Virginia is an unfavorable position for the Panthers to pick up another ACC win. Pitt will travel to Virginia for this series and take on a team who has nine ACC wins of its own.

April 22-23: Track and field goes to the Virginia Challenge

The track and field team will join the softball team and head down to Charlottesville, Virginia, for the Virginia Challenge. The Panthers had a couple of standout performances earlier this month at the Duke Invitational in Durham, North Carolina, and will look to build off of that meet’s success.

While graduate student Felix Wolter picked up the only win of the weekend in the pole-vaulting competition, several Panthers posted career best times in their respective events. Head coach Alonzo Webb and his group will look to build on this success this weekend in Virginia.

Webb and the Panthers will also race the following weekend at the Penn Relays in Philadelphia.

The Panthers will get a break from ACC play next weekend as North Carolina A&T comes to Pittsburgh. This series will give Bell the opportunity to rest his starting pitchers, who have pitched nearly every weekend since the season began, if he sees fit. Bell can use this weekend to give his players some time off before starting the final push for the ACC crown.