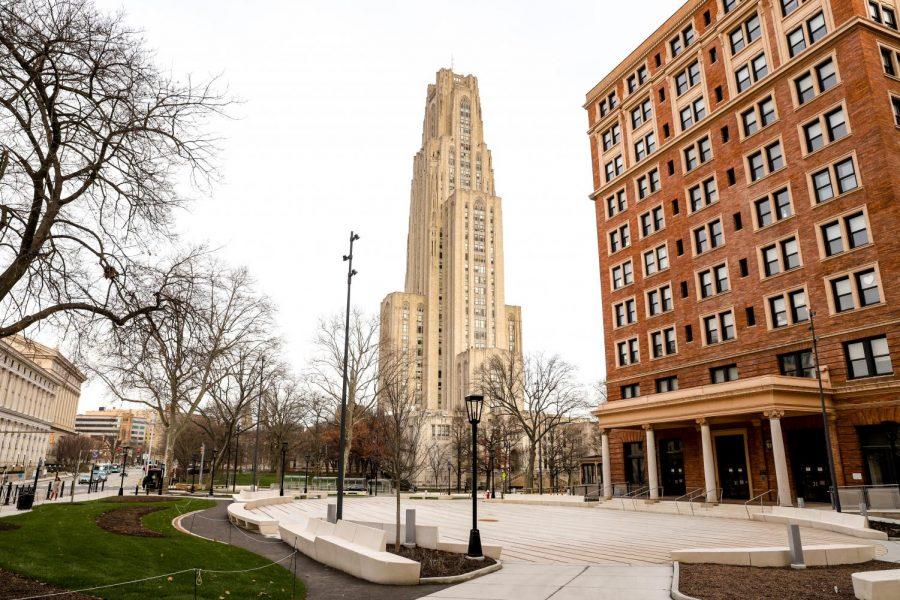 The Cathedral of Learning and William Pitt Union on campus.

Over 120 organizations have sent letters to Pennsylvania lawmakers in support of in-state tuition discounts for Pennsylvania students. These organizations include Excela Health, Pitt’s Student Government Board and Pittsburgh Regional Building Trades Council.

“More than 120 organizations and groups have joined a rising tide of voices advocating for Pitt and urging lawmakers to preserve the in-state tuition discount for Pennsylvania students and families,” according to the With Pitt website.

As a state-related university in Pennsylvania, Pitt — along with Penn State, Temple and Lincoln — receives funding from the state legislature each year. Both the state House of Representatives and Senate vote on a separate bill outlining the amount of funding each university will receive.

Lawmakers plan to vote on the funding bill in June. The bill must receive two-thirds support from both the House and Senate in order to pass.