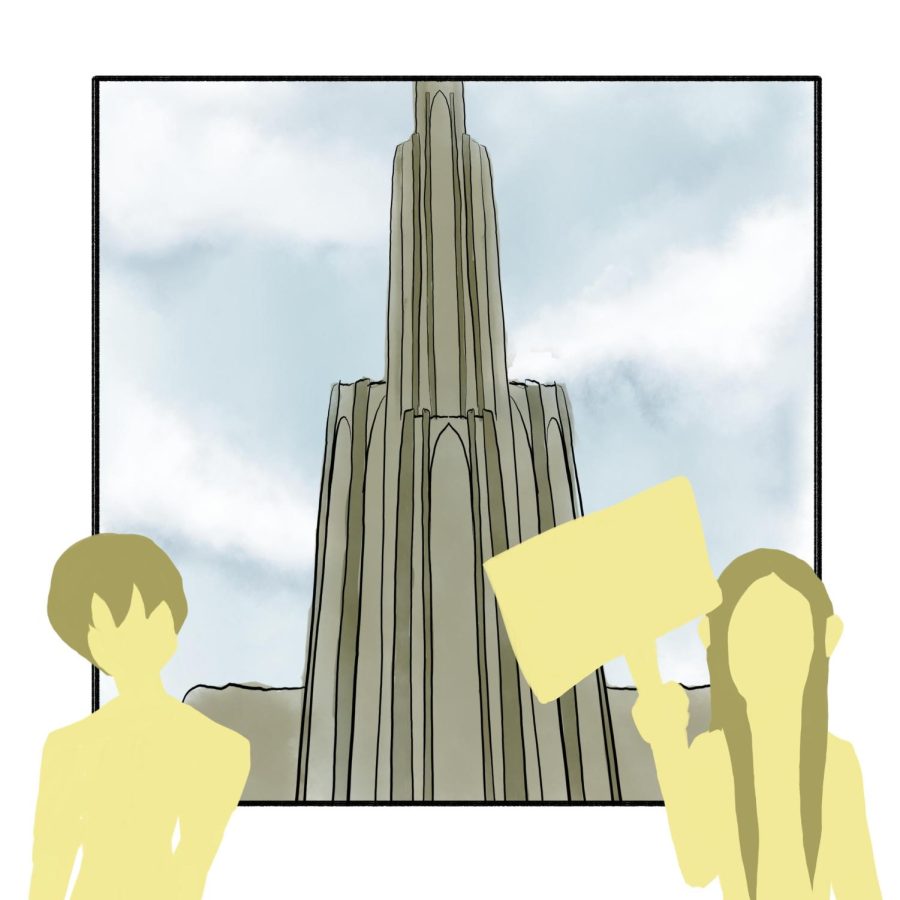 As news of the leaked Supreme Court draft opinion spreads across the country, the Pittsburgh community is one of many reacting to the possibility of Roe v. Wade being overturned. While the University has not released an official statement regarding the events, the community both within and beyond Pitt are working to combat the possible overturning of the landmark case.

The drafted majority opinion, written by Justice Samuel Alito, would overturn both Roe v. Wade and the later decision of Planned Parenthood v. Casey if passed. Dobbs v. Jackson Women’s Health Organization — the case which prompted the draft — questions the constitutionality of a Mississippi law restricting abortions after a pregnancy reaches 15 weeks.

David Korman, an adjunct law, criminal justice and society professor at Pitt, said this draft does not necessarily mean Roe v. Wade will be overturned. He said draft opinions are just that — drafts. Until it is officially published, justices are able to both change sides and rewrite their opinions. According to Korman, if the draft was published, states would be free to make restrictive abortion laws at the state level. Korman specifically noted the legality of the style in which Alito wrote the 98-page draft.

“I was surprised at how exhaustive [Alito’s] history was about the law of abortion,” Korman said. “[The draft] isn’t without controversy. Some of the things he finds, some scholars would disagree with. There were other things he said that were somewhat frivolous and some things that were particularly harsh over [a topic] that’s so controversial.”

Korman said the potential overruling of Roe v. Wade will likely have harsher impacts on minorities, as it may become harder for those groups to access abortion care.

“As I always point out to my students, whenever there are dire consequences in legislation, the people who get hurt are the disenfranchised people of color, people who are poor and so forth,” Korman said.

Pitt has not released any public statement regarding the leaked draft, and in response to a request for comment, spokesperson David Seldin said the University does not “comment on pending litigation or cases that do not directly involve the University.”

Though Pitt itself has chosen not to take a stance on the leaked draft, various clubs and organizations on campus, including If/When/How, a Pitt law school student organization that focuses on reproductive rights, are working to combat the leaked draft.

Paige Diminick, president of If/When/How, said many discussions emerged at the law school in the moments following the leak.

“After the leak happened, the law school was buzzing. Everyone was talking about it,” Diminick, a rising second-year law student at Pitt, said. “Not only were people engaging in educated discussions about the constitutionality of abortion, but people were discussing the drama and scandal of the leak. Needless to say, it evoked strong emotions from both sides of the debate.”

According to Diminick, the organization was not able to respond much to the draft at the time it was leaked due to the law school finals schedule.

“It’s tough because the leak happened after classes had ended, but before finals were over. During this time, our club was transitioning its exec boards and the members were taking finals,” Diminick said. “So other than posting resources for access to abortion, contraceptives and overall medical care for people with uteruses and ovaries, and various articles regarding Roe, Casey and its progeny on our social media accounts, there wasn’t too much we could do in the immediate wake of the leak.”

“However, since then, the incoming exec board has been collaborating about fundraisers, volunteer opportunities and keynote speakers that we can bring into the law school and hopefully make available to the University of Pittsburgh community at large in the upcoming school year,” Diminick said.

Beyond the University, many organizations have reacted with events discussing or protesting the leaked draft. PSL Pittsburgh has held various marches and community speakouts in the Pittsburgh area. The Western PA Fund for Choice is virtually raising money to help clients pay for abortion care, according to their website.

Even groups that don’t specifically focus on reproductive rights have spoken out against the potential overruling of the landmark cases. For example, Justice for Jim Rogers — an organization that advocates for justice for a man who was killed by Pittsburgh police last year — is among the Pittsburgh groups that reacted to the draft leak. The group recently held a community meeting to “discuss the struggle for abortion rights for all people,” according to their Instagram page.

Another local group, the Abortion Defense Committee, denounced the drafted opinion in a May 4 press release. The release said the issue of reproductive rights intersects with other social issues as politicians cannot accurately represent the peoples’ interests.

“The leak of this document is a litmus test for how much the monopoly capitalists, imperialist warmongers and their cops and politicians can take from us without us taking an inch from them. Not anymore,” the committee said. “Let’s show out as a community and demonstrate that the right to abortion must be guaranteed.”

Since their press release, the Abortion Defense Committee has held open-to-public several meetings and rallies regarding the right to abortion, according to their Instagram page.

According to Diminick, individuals and organizations in the Pittsburgh community do not plan to back down in the face of Roe v. Wade’s uncertainty and, if anything, the leaked draft has sparked conversations about the topic.

“We have always been committed to fighting and advocating for reproductive justice, and that certainly will not stop anytime soon,” Diminick said.