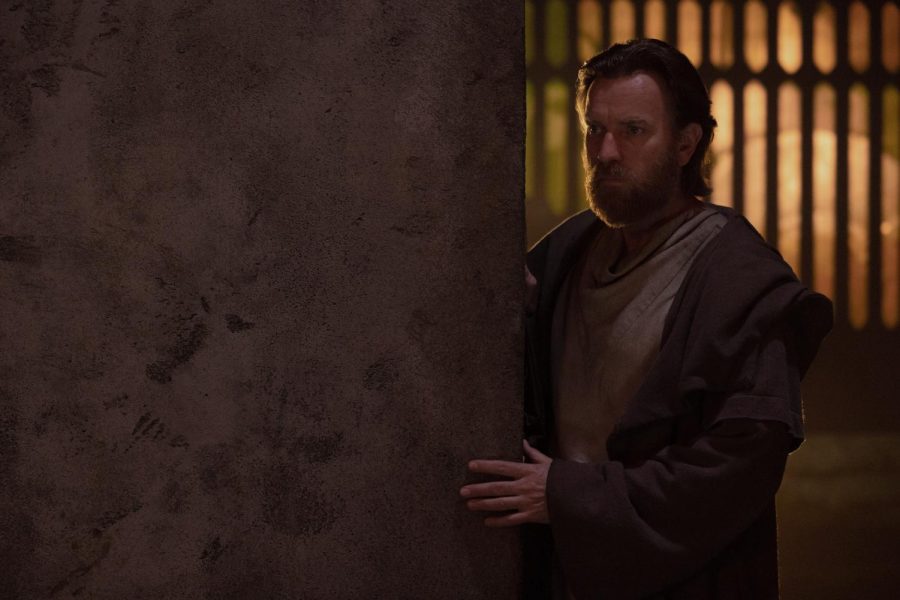 Since 1977, Darth Vader has been one of the most iconic villains in film history. When he first graced our screens, he was an intimidating, masked man with only a vague backstory. That backstory is elaborated on in “Empire Strikes Back” and “Return of the Jedi,” but still, we don’t get much information. Then, the prequels laid that backstory out for all to see — though there are those who wished they hadn’t.

The third episode of “Obi-Wan Kenobi” picks up shortly after the second, with Obi-Wan and Leia still riding on their hijacked freighter, Obi-Wan still reeling at the revelation that Anakin — or at least Darth Vader — is still alive.

This episode felt like a hodgepodge collection of very fun moments and character interactions that help to flesh out the story of the show and the world of “Star Wars,” while still giving us some story progression in the back half. The episode gives us more of Obi-Wan and Leia’s growing relationship, and it’s all good. I especially liked a sweet moment of Obi-Wan describing how the Force feels to Leia and fixing her little droid Lola.

One of the best moments from this episode comes right after Obi-Wan and Leia land on Mapuzo. Obi-Wan and Leia hitch a ride with an Empire-sympathizing mole man named Freck, played, unrecognizably, by Zach Braff. The scene’s tension rises and falls as Obi-Wan and Leia come closer and closer to detection.

The visual of stormtroopers walking toward the vehicle feels very stressful until we find out that they’re just hitching a ride, same as Obi-Wan and Leia. The scene feels realistically tense as Obi-Wan and Leia are forced to lie their way through, coming close to detection when Obi-Wan accidentally says Leia’s name, instead of her alias, Luma. Watching Obi-Wan dig his way out of that slip-up without attracting more attention creates a fun, exciting moment.

This scene directly leads into a conversation between Obi-Wan and Leia about her parents, which allows Obi-Wan to talk about Anakin and Padme and reminisce. Ewan McGregor continues his excellent work from the first two episodes of showing his character slowly begin to step up to the plate as the friend, mentor and Jedi master that he once was.

Vivien Lyra Blair also begins to open up as Leia, showing a young girl curious about who she is, who her parents are and what her place is, while still being as quick and clever as Princess Leia always has been.

“Star Wars” is for kids. That’s how George Lucas intended it from the start. That’s why it’s really jarring watching a stormtrooper get shot, then fall off his watchtower onto a laser roadblock and get cut in half. The action in this episode is better than the first two episodes, and we even get our first real lightsaber fight in the series, though it’s not so much of a fight as a one-sided beating.

For the first time — aside from a very brief scene at the end of “Revenge of the Sith” — we get to see Hayden Christensen become Darth Vader in the suit and everything. In the runup to the show, I was curious what they’d do with his voice and, as expected, James Earl Jones returned as the voice of this iconic character. Despite spending most of his time behind the mask, Christensen seems to have the mannerisms and movement of Vader down perfectly, from snapping a neck with a horrifyingly casual flick of his wrist to pounding his lightsaber against Obi-Wan’s. There’s also just something satisfying knowing that Hayden Christensen, Anakin Skywalker himself, is inside the suit this time around.

It’s also nice that we get a quick glimpse of him out of the suit when Obi-Wan has a brief guilt-triggered vision. This version of Vader is the same one we see at the end of “Rogue One” or quickly in games like “Jedi: Fallen Order.” He is as brutal and imposing as we remember from watching the original trilogy, and with new filming techniques and choreography, we get to see his destructive power fully in action.

The lightsaber fighting looks great in this episode. The fight is set at night in a dark quarry, and the glow of the lightsabers against this backdrop make for a striking scene. The back and forth sparring as Obi-Wan tries to run away, knowing he’s too weak and out of practice to take Vader on fully, is great, and the intermittent dialogue feels like a proper meeting of these two beloved characters after ten years.

In “A New Hope,” when Obi-Wan clashes with Vader, he seems to have accepted the loss of his former student and friend. I like that this show is coming in to fill in the gaps and show what their first meeting following “Revenge of the Sith” would really look like.

Where the first two episodes showed a version of Obi-Wan ridden with guilt and cut off from the force, episode three shows us a rusty Obi-Wan, easily bested by his former Padawan. In turn, it seems like Darth Vader is toying with him, wanting him to suffer rather than enjoy a quick death.

The episode doesn’t reveal more about Reva, the Third Sister, but it does reinforce what we already know. We see Reva clash with the other inquisitors, specifically the Fifth Brother, over who will take the rank of Grand Inquisitor. We still see hints about Reva’s past during the reign of the Republic, and how she feels owed a higher station. The Inquisitors certainly take a backseat to Vader this time around, but I’m still excited to see what they do next.

Last week, I mentioned that while the music was good, none of it had stuck out to me particularly. The music that plays when Obi-Wan and Leia land on the planet Mapuzo in episode three, though, was really fun. The heavy percussion and unique wind sound give a short but distinctive melody which sets the tone of the planet. Though it was yet another “Star Wars” desert planet, the music made it feel different from settings we’ve seen before. Overall, I feel like I enjoyed the score, or at least heard more immediately enjoyable themes, in this episode.

I was curious in my review on episodes one and two what would happen with the Grand Inquisitor’s death, as he is a character in “Rebels.” This episode comments on his death, appearing to confirm he’s really dead, but still, the show has three remaining episodes to provide an explanation.

I also questioned what characters might show up in this series, and while we haven’t seen a true Glup Shitto yet, we do get a reference to Quinlan Vos, a Jedi from the “Star Wars” novels who then appeared in “Star Wars: The Clone Wars.” Still, we haven’t physically seen any versions of previous side characters brought back for fan service, so my question stands — who will it be?