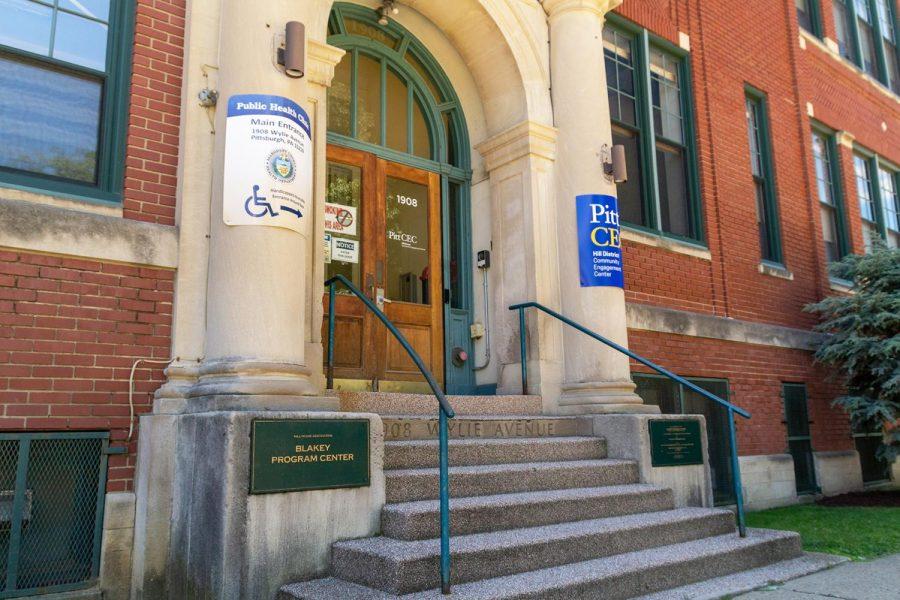 According to the Allegheny Council to Improve Our Neighborhoods, Pitt’s Oakland campus expanded in relation to the urban renewal crisis in Pittsburgh in the 50s, a little less than a century ago. While the University wasn’t a direct assailant in the displacement of Pittsburgh communities, it is actively working towards healing relationships with these communities.

One of the ways that Pitt has aimed to do this is through Community Engagement Centers, the oldest of which is located in Homewood and was established in 2018. Meanwhile, located on Wylie Avenue, the Pitt CEC in the Hill District is among the closest to Pitt’s Oakland campus.

Pitt’s Community Engagement Center opened its doors in the Hill District just over a year ago. As a part of CEC, Pitt has also ensured a 15-year commitment in these partnered neighborhoods at the bare minimum, according to Kirk Holbrook, director of the Hill CEC. The goal of the time commitment is to allow the University and Pittsburgh communities to grow stronger together, according to the CEC website.

Early on in its history, the building that now houses the Pitt CEC was once the Hebrew Institute of Pittsburgh. The building was used as space for Jewish immigrant children to receive cultural education in the early 20th century. The Hebrew lettering above the doorway still stands, announcing it as the Hebrew Institute of Pittsburgh, even though it no longer serves that purpose.

Later on, 1908 Wylie Avenue became the Kay Boys’ Club. This program served to provide after-school activities for boys, more generally children, who were affected by the economic dislocation at the time. Just like the Hebrew Institute of Pittsburgh, the Kay Boys’ Club provided a space for people with common backgrounds to come together and collaborate.

Brenda Tate, a longtime community member and a member of the Neighborhood Advisory Council for the Hill District Community Engagement Center, fondly remembers her memories at the Kay Boys’ Club as a child.

“This building played a major role in my life and growing up. Matter of fact, the room that we’re in used to be the kindergarten room, the young nursery-type room,” Tate said. “When it was the Kay Boys’ Club, I spent time in this room because you transition to each age group in different rooms.”

According to Tate, the Hill CEC is doing everything that previous organizations had done in the same building — providing a community space for meaningful outreach. While it is a Pitt-affiliated building now, its main goal is to serve as a resource to the community.

Now, both Pitt students and community members can come together and engage with the resources and programs that the Hill CEC has to offer, according to Tate. The building is now called the Blakey Program Center, paying homage to Bill Blakey, who did a great deal of community work through the Hill House Association.

Pitt has had a less-than-ideal relationship with the Hill District community in the past, according to Tate. One of the main reasons for this is urban renewal in Pittsburgh. Urban renewal happened in cities more generally across the nation, and even the world, during the 1950s. It included plans to build up various cities, while knocking down buildings in disrepair in poorer areas at the same time. Black and immigrant populations were disproportionately affected by the various urban renewal projects.

The URA also demolished buildings in what is now considered North Oakland. Though now thought of as an area primarily occupied by Pitt, it wasn’t always that way. Before urban renewal, North Oakland was considered to be part of the Hill District. The Cost Sports Center, Trees Hall and the Petersen Events Center lie there now.

According to Holbrook, the CECs routinely hold programs that combine resources that Pitt has with ideas that the community has in order to make the dreams that both have of working together become a reality. Some programs have included Career Information Sessions, Data Literacy and Skills Training, PittServes and Swanson School Collaborative Outreach and others.

Accessibility is something that’s also very important in making these CECs function, according to Marlo Hall, community resident and former outreach coordinator for the Hill CEC, now with Pitt’s Center for Creativity, so phone calls and physical flyers are made in addition to resources online.

Right now, Pitt is investing $6 million into the New Granada Theater and a brand new adjoining building that the Hill Community Development Corporation will develop as the new site for the CEC in the Hill District.

The important part about such an investment is that Pitt has the funds available for the community right now, according to Holbrook — this isn’t something that they have to wait for. This money isn’t from loans or grants, signifying the priority that Pitt is taking in establishing a good relationship with the Hill District community, according to Holbrook.

According to Holbrook, Pitt has left ownership in the hands of each CEC itself to create strong community ties. Holbrook said this aims to preserve the Community Engagement Centers as the guaranteed middleground between Pitt and the communities that it is working with.