Rose’s latest injury does not mean end of career 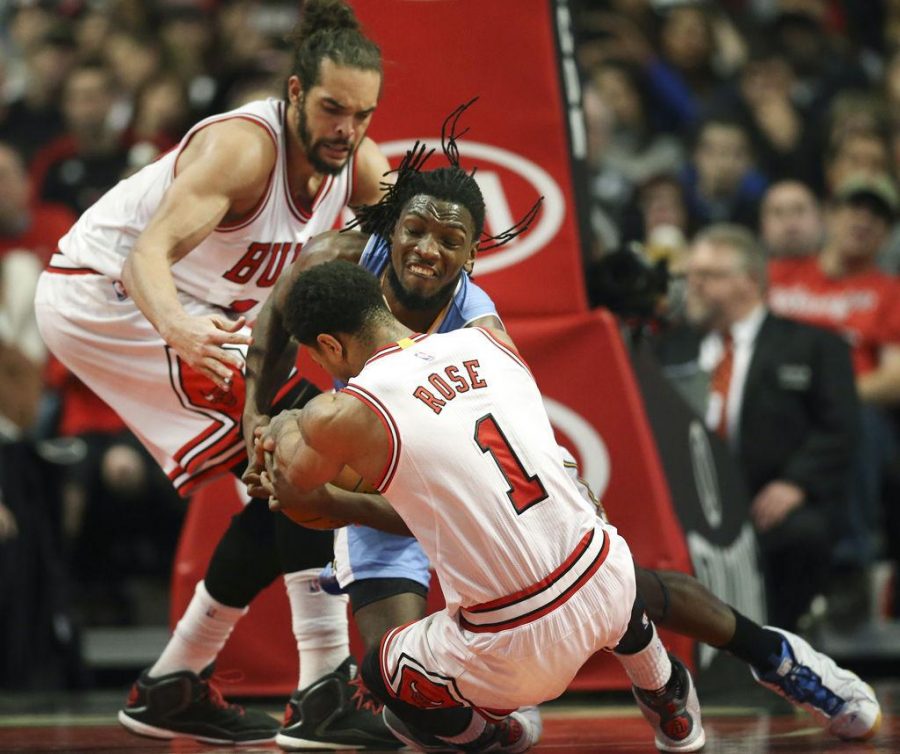 Derrick Rose’s knee problem on Feb. 24 spurred a range of reactions as varied as it has been the past two times that one of his knees failed him.

Some thought the doctors had perfectly sutured the Chicago Bulls’ star point guard, sending him back on the path to reclaim MVP. These people are filled with exasperation, dropping to their knees in front of their televisions asking, “Why?” when ESPN reported that Rose had torn the medial meniscus in his right knee for the second time on Nov. 22, 2013.

Then there are others who express the opposite reaction: unfazed and smugly claiming that they knew this would happen, without a doubt, as if they were Rose’s physical therapist or orthopedic surgeon.

Finally, there are those like me who are smack in the middle, staring at the screen with eyes wide and jaws dropped, trying to decide how to react before eventually realizing that we just feel bad for the guy. This seemed to be the reaction of a large portion of the NBA and its players, as numerous tweets would attest last week after the news broke about Rose’s third major knee injury in three years.

Four-time NBA MVP LeBron James tweeted at Rose on the day of the injury, saying, “Man feel bad for D.Rose! Keep your head up homie, and stay strong G!”

“Damn man send one up for D Rose.. Hate this keeps coming back but like before it won’t keep you down!” George tweeted.

However, we shouldn’t consider Rose’s career over just yet. Through two major recoveries, he has shown that he has the desire and dedication to keep playing in the NBA, and we should not look at this setback as an endpoint.

“I don’t know what to say other than it’s just so unfair,” Thibodeau said, the day following Rose’s injury. “A guy’s been through so much, and you know what he’s put into it. Any time you have surgery it’s tough, but hopefully this one will be much shorter than the other ones.”

Thibodeau was correct about the timeline — Rose’s surgeon removed his torn pieces of cartilage, which can have a recovery time as short as three weeks. In fact, because this procedure is so easy to perform and warrants a quick recovery, it is the most common orthopedic procedure in the United States.

The last time Rose tore his meniscus in the same knee in November 2013, his surgeon repaired the cartilage using stitches. This method is better in the long run as it preserves the cartilage, but it comes with a hefty recovery time of three to six months.

Ultimately, we don’t need to worry about Rose, save perhaps for a future, even more serious injury. Rose does still have his endorsement deals, and his returns from injury in the past have provided emotional and inspirational narratives. So we can only hope that Adidas will pick him up for a series of commercials titled “The Returns” and that his next knee injury won’t happen in a fourth consecutive year.

But for now, we should just cherish Rose’s run while we still can.