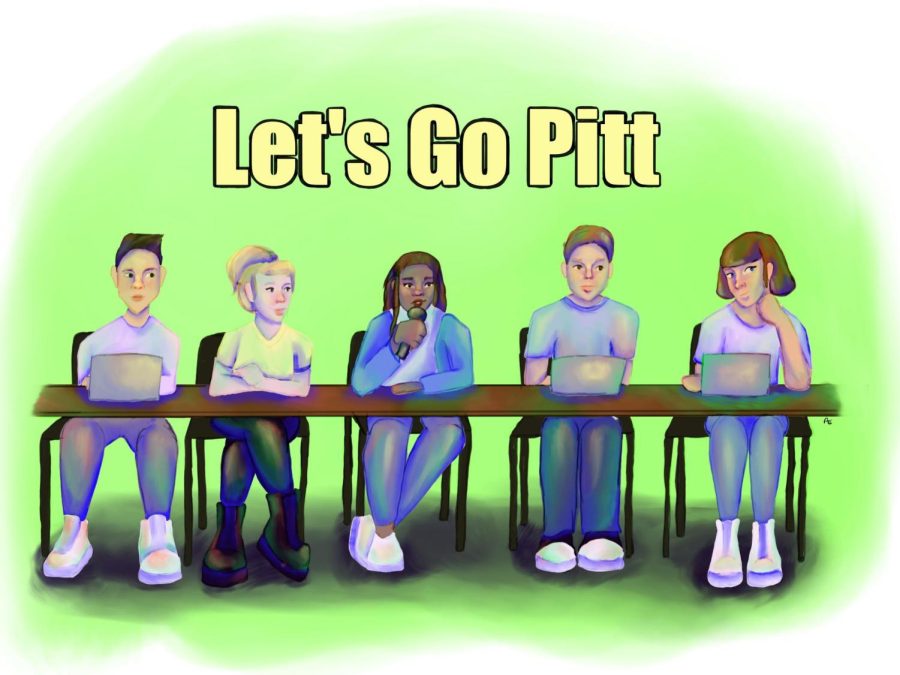 Student Government Board President Danielle Floyd said she hopes to create more “meaningful pathways” for students to engage with SGB during the upcoming school year.

“The main purpose of SGB is to promote the concerns, interests, needs and welfare of the student body of the Pittsburgh campus,” Floyd said.

According to Floyd, SGB consists of the office of the president, the board, three standing committees, five conditional committees, first-year council, assembly, office staff, ad hoc committees and multiple task forces. Floyd said her role as president is to be the chief advocate for the undergraduate student body in dealings with the student body, the University, faculty and government officials.

“My main job is to work with the board and committee chairs to set SGB’s yearly vision and make sure we are communicating our goals effectively to the undergraduate student body,” Floyd said.

SGB holds weekly public meetings each Tuesday night at 8:45 p.m. in Nordy’s place, which are open for all students to attend. Floyd said board members are required to attend public meetings and give a report on what they’ve worked on throughout the week.

Eight students are elected to serve on the board each year and among those eight students, three serve in vice-presidential roles, according to Floyd.

“The board and President are elected each year to serve as an effective voice for Pitt’s undergraduate student body, while working alongside fellow student leaders and University administration to complete initiatives, projects and programs,” Floyd said.

Board member Celeste Lintz said the board itself functions as the legislative branch when thinking about it in terms of the United States Government.

“We are official representatives and we develop different programs. We work on these initiatives that we talk about when we go through election season and we create change on campus in that elected role,” Lintz said. “We are only in and out of office within one year.”

The five Conditional Committees include diversity and inclusion, community and governmental relations, academic affairs, wellness and facilities, technology and transportation. Floyd said the conditional committees are open to all Pitt students and can be joined at any time by attending one of their weekly meetings, except for the diversity and inclusion committee, which is currently closed to new applicants. Standing committees do not have open membership and students must apply to become members.

The three Standing Committees include the allocations committee, elections committee and judicial committee. Floyd said the Allocations Committee is responsible for distributing a portion of the student activity fund to registered student organizations and is made up of 12 members and a chair.

“The intent of the Allocations Committee is to mitigate clubs’ operating costs in order to facilitate the existence of a diverse array of student experiences on Pitt’s campus,” Floyd said.

According to Floyd, the Elections Committee has eight members and one chairperson, and works to conduct a fair, honest and efficient student government election in line with the SGB constitution and elections code. She said the Judicial Committee works to promote an ethical working environment within SGB and Pitt’s academic community as a whole.

“One of our key roles is to serve as the adjudicating body and appellate court for conflicts within student organizations and the Student Government Board,” Floyd said. “Furthermore, we seek to provide the student body with a well-structured and transparent Constitution to guide the multitude of student affairs and activities that compose Pitt life.”

Apart from joining committees, another way to get involved with student government, specifically for first-year students, is through the First-Year Council. Floyd said FYC is a small group of first-year students who show potential for campus leadership and is chaired by the Chief of Staff, Dominic Victoria, and the Vice President of Initiatives, Bhuvitha Chagantipati.

“Under their leadership, FYC learns and refines leadership skills such as public speaking, time management and effective leadership,” Floyd said.

Board member and Vice President of Initiatives Bhuvitha Chagantipati, who will co-chair FYC, said the role of the co-chairs is to assist FYC in working on their initiatives. Chagantipati said applications will open early in the fall semester.

According to Chagantipati, if students do not want to join SGB, but want to share concerns or ideas with the board, there are plenty of opportunities to do so. She said board members are required to hold ten office hours a week where anyone is welcome to stop by.

“We’re very receptive to student feedback — that’s the reason we ran for these positions,” Chagantipati said. “We’re working on ways to be more visible to the student body.”

Lintz said SGB is a resource for all students, not just those within the organization. She said a lot of SGB’s initiatives are targeted towards helping the general welfare of students and said the board intends to focus on making SGB an organization that students feel comfortable approaching.

“We have mental health initiatives, things for minority students…” Lintz said. “So even if you are brand new and notice something on our campus you want to see fixed, or transfer students, for instance, if you had something on your previous campus you would like to see happen here in Pittsburgh, send us an email, we are very approachable.”