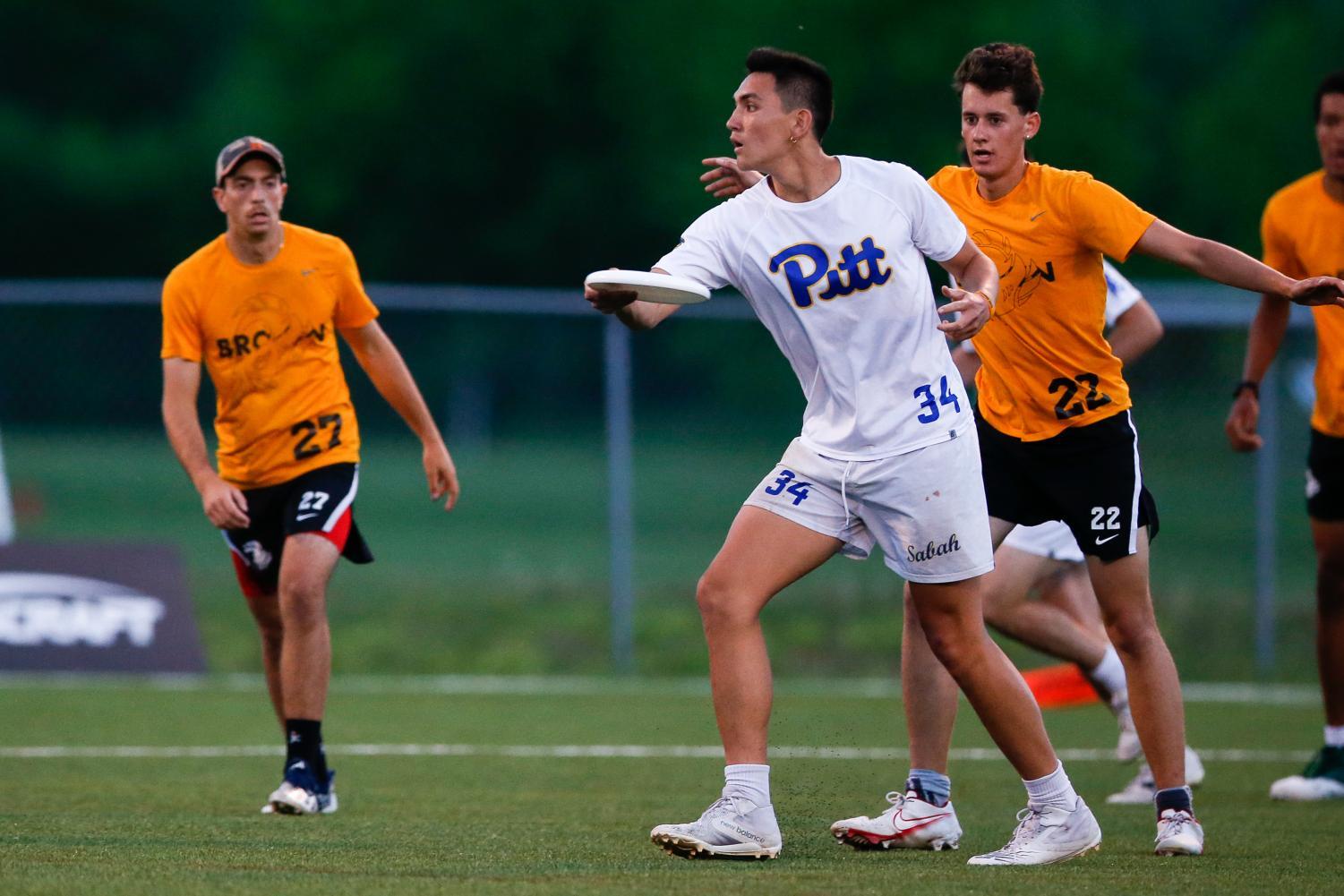 Though considered a ‘club sport,’ Pitt’s ultimate frisbee team has the intensity and caliber of a varsity-level Division I program.

College ultimate in the U.S. is no joke — there are over 800 schools with both women’s and men’s programs spread over Division I and Division III subcategories. There are rankings, intensely scheduled seasons and at the end of the year, the 20 best teams in the nation come together in a four-day tournament to crown a national champion.

Pitt ultimate, coined ‘En Sabah Nur’ by founders William Brody Brockman and Erik Frank, has built a strong national reputation since their founding in 1998. Back then the team played a few games a year recreationally, prioritizing building the program rather than competing at a high level.

Little did the two founders know that their small team of players wearing ‘En Sabah Nur’ written in black sharpie across the back of their white T-Shirts would become a powerhouse — capturing back-to-back national championships in 2012 and 2013 and making the College Championship Tournament almost every year since its founding.

According to head coach Nick Kaczmarek, ultimate frisbee was hardly an organized sport when he began playing in high school. He fell in love with the game by just playing with his friends after high school but realized it was more serious than he originally thought when he came to Pitt in 2004.

“The sport at that time had no coaches or just infrequent coaches,” Kaczmarek said. “When I went to Pitt in 2004 or 2005 and there was like an actual team that was already formed, it was kind of a big step forward.”

Kaczmarek took over as head coach during the 2011-2012 season and immediately achieved massive success, winning national titles in each of his first two years at the helm. He said apart from the joy of simply winning a championship, the titles came at the perfect time for Pitt, capitalizing on a boom of viewership and participation and making Pittsburgh an enticing landing spot for prospective players.

“In 2011, 2012, the college championship started being covered first by CBS Sports and then by ESPN,” Kaczmarek said. “For us it was like right when the sport was really starting to be watched a lot online and on ESPN, we were successful. And so, I think that really allowed us to draw a lot of recruits to Pitt to play which I think has been a big part of our success.”

Since then, Pitt continues to annually contend for championships, consistently making it to the national quarterfinals and going to the national semifinals this past season before losing to Brown.

For Pitt ultimate and other programs across the country, coaches must make genuine efforts to recruit the country’s top high school players to be successful. Yet the one big difference between ultimate and other varsity sports is that athleticism and hard work trumps all else on the field. Kaczmarek and Pitt take pride in developing high-level athletes who played another sport in high school but weren’t looking to continue playing into college.

“I think a lot of those players are drawn to a sport that is a new challenge for them, but is also seriously competitive,” Kaczmarek said. “Ultimate I think offers something a little different than a lot of other sports in that it belongs to the players. I think a lot of athletes are drawn to that because a lot of high school sports are completely run by the adults.”

From the players’ perspective, that self-accountability and hands-off style of coaching has allowed the team to hold themselves to a higher standard than any coach could hold them to. According to graduate student and team captain Henry Ing, past success creates the standard, but it isn’t his team’s main motivation for competing every year.

“Our team feels that we’re not held to a certain level by other people, we hold ourselves to it,” Ing said. “Because of that we’ve had a lot of success for a long period of time, so we try to push ourselves to reach that level every season.”

Ing exemplifies how Pitt ultimate’s reputation attracts players without coaches needing to recruit them. He was introduced to ultimate in high school by his brother before choosing Pitt not only to pursue his degree in bioengineering, but to also continue playing ultimate at the highest level.

For college ultimate players, there are challenges that come with playing at a school like Pitt. Despite putting in countless hours of practice on top of a 40+ game schedule, being in a club sport means that the players don’t get the benefits varsity players do. There are no scholarships, and the club teams aren’t funded by the school, just purely from donations and out-of-pocket costs.

Still, clear obstacles to participation haven’t stopped ultimate from being one of the country’s most popular club sports. Graduate student and player Chris Ng said although playing at Pitt is a big commitment, it’s nourished a brotherhood amongst the players on the men’s team — one that translates both on and off the field.

“The sort of culture that the upperclassmen and coaches have fostered on this team, like encouraging us to go out to dinner and get to know each other, has really helped us gain that chemistry and comfortability,” Ng said. “I’m super close with my teammates, like I even lived with them four out of my five years. We’re with each other constantly and it’s been an awesome experience.”

En Sabah Nur started with a group of friends in Sutherland Hall looking to play a new sport, and now continues as a bigger group of friends looking to dominate that same sport — this time with a coach and two national championships under their belt. For Ng and the rest of the team, the Sabah script etched across the front of their gold jerseys represents something bigger than just ultimate frisbee.

“I guess Sabah sort of means something different for everybody on the team,” Ng said. “What we use it for is in significance with that word brotherhood … We’re always there for each other, so I think En Sabah Nur kind of just connects on a deeper level.”