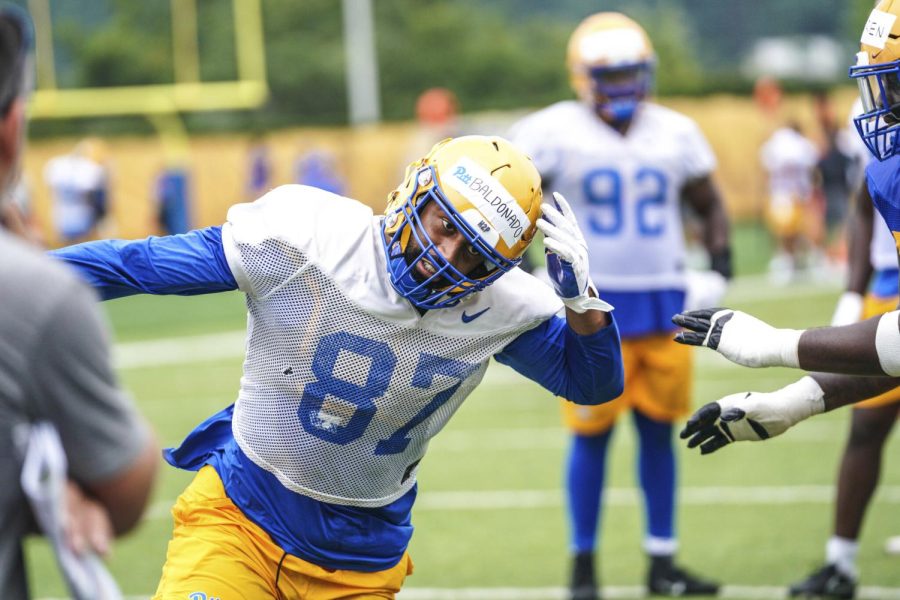 USA Today released its pre-season American Football Coaches Association Poll on Monday morning and Pitt received its highest ranking to start its season since 2010. Following their most successful season in recent history, the Panthers find themselves ranked No. 16 in the country to begin the season.

Pitt is one of five teams from the ACC to crack the preseason top-25, joining No. 4 Clemson, No. 13 NC State, No. 17 Miami and No. 19 Wake Forest. The ACC has more selections than any other conference, besides the SEC who boasts six top-25 teams to start the season.

The Panthers finished the 2021 season ranked No. 13 in the Coaches’ Poll, falling three spots since the season wrapped up this winter. The Associated Press also ranked the Panthers No. 13 to finish the 2021 season, but has not released its 2022 preseason poll yet. The AP will release its poll on August 15.

While No. 16 is Pitt’s highest ranking to start the season in over a decade, the Panthers’ aspirations are much higher. Senior defensive lineman Habakkuk Baldonado said preseason awards don’t mean much to him, either — it’s all about who’s holding the trophy in December.

“All the preseason stuff, all of the accolades, all of the boos it doesn’t matter,” Baldonado said early last week. “This is preseason. We’re going to see in December, who’s still standing.”

Pitt will have the opportunity to climb the polls starting Sept. 1 when the West Virginia Mountaineers come to Pittsburgh. The game will kickoff at 7 p.m. and take place at Acrisure Stadium.