‘Win above all else’: Nelly Cummings looks to put his hometown team back on the map 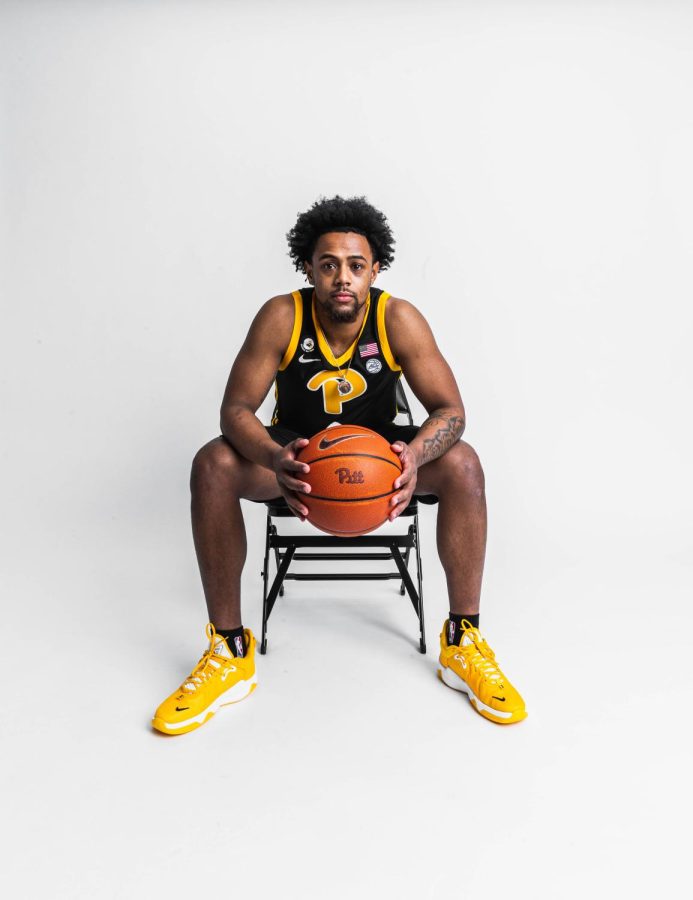 At every level, Cummings has enjoyed plenty of success, and one thing is for sure — he’s willing to work and make sure that continues at his hometown school.

Cummings is one of the most successful high school basketball players in Western Pennsylvania history — going 103-16 throughout his high school career, appearing in three WPIAL title games and finishing No. 6 all-time in scoring in league history. When it came time for Cummings to move on to the collegiate level, he wasn’t fazed.

After sitting out for a season due to transfer rules following his first-year season at Bowling Green, Cummings led Colgate to two regular season Patriot League championships and two Patriot League tournament titles — going back-to-back in the last two seasons. In the latter, Cummings made All-Patriot League first team honors. Now, he returns home with the same goal in mind — to win at all costs.

This past December, Colgate went on the road to play the Panthers in what was a homecoming for Cummings. Pitt spoiled the party, though, defeating Colgate 71-68 — a loss that started a five-game losing streak, with their next win not coming until Jan. 10, 2022.

But Cummings didn’t let the losing streak keep him down. He always had a response, this time by leading the Raiders to one of their best seasons in program history — including a 15-game win streak — which culminated in cutting down the nets in the Patriot League title game for the second straight year.

“Nelly is not afraid of a challenge,” Dailey said. “This past season, Colgate had a slump that would have turned off most players of his caliber. A constant positive influence and reminder of what was most important to the guys, he was able to right the ship and go on an unbelievable run.”

Next time Cummings steps foot on the floor at the Petersen Events Center for a game, he’ll be wearing the Pitt script across his chest. As a graduate, Cummings hit the transfer portal and returned home. How he got to that point, though, is a testament to his resolve.

“He was overlooked by some of the schools, I think he was under-recruited that year,” Bariski said. “Everything fueled Nelly’s fire, he always spins it positively. He’s the hardest worker I’ve ever seen.”

It’s hard to disagree with that notion. After all, Cummings was a three-time All-WPIAL and All-State selection. The Pittsburgh Post-Gazette named him Player of the Year for the 2016-17 season — a year in which he averaged 30 points per game. Most importantly, he just knows what it takes to win.

18 days removed from losing to North Catholic in the WPIAL Championship, the two teams met up again in the state semifinal. Lincoln Park had the lead late, up by five points with 6:26 remaining. Cummings came to Bariski and said “I just need the ball.”

From there, the rest was history.

Lincoln Park didn’t shoot a field goal for the rest of the game. Cummings went to the foul line repeatedly and only missed one free throw — going 20-21 from the line in the fourth quarter, willing his team to a 54-46 victory and earning a berth to the state title game.

Dailey and the rest of Colgate’s staff got to see that win-at-all-costs mentality carry over to the collegiate level.

“Nelly had an attitude that, regardless of what happened, it was going to be off the back of him,” Dailey said. “Obviously one of the most dangerous scorers in the Patriot League, but oftentimes it was not him scoring that decided the outcome. He was willing to play his role and be incredibly selfless to ensure Colgate won.”

Despite his success, Cummings said feeling overlooked was nothing new.

Cummings keeps a chip on his shoulder because of it. He doesn’t just embrace challenges, he welcomes them. Fans are hoping Cummings can turn the program around and return the Panthers to their former glory. It’s certainly a challenge — a massive one at that. But he wouldn’t want it any other way.

Cummings grew up a Panthers fan. He said his favorite memories as a Pitt fan are of the Oakland Zoo and how loud it was, mentioning how big of a priority it is to recreate that environment. Cummings continued to follow the program even while he was away from home, saying that it was tough to see the Panthers struggle after seeing them at their best.

Cummings said it was important for him to preach to his teammates about the tradition of Pitt basketball.

“That’s something we discuss as teammates,” Cummings said. “That has to be known.”

Cummings said the prospect of making Pitt a potential national powerhouse again inspired him to get the chance to come back home and make things right.

“I want to win above all else,” Cummings said.