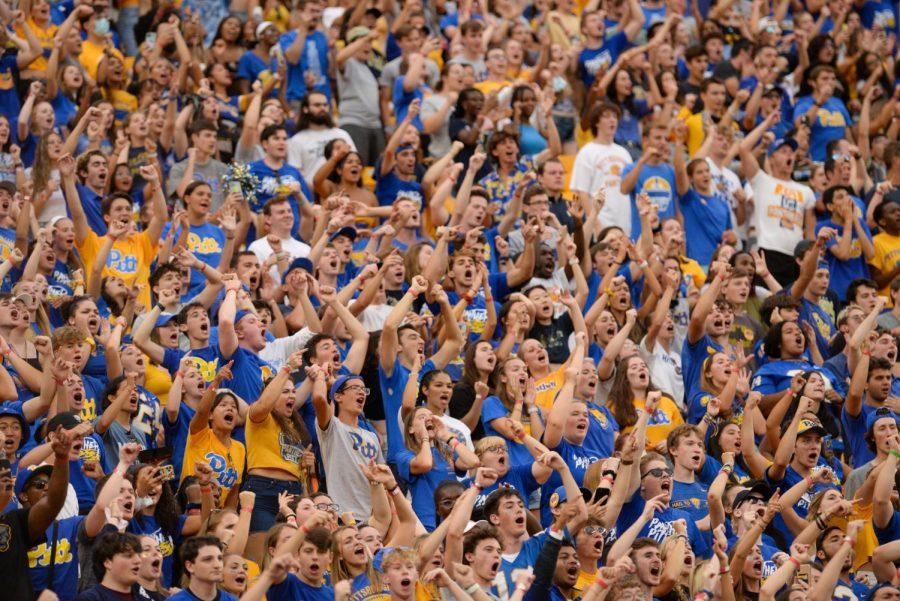 The Pitt Panthers haven’t taken on the West Virginia Mountaineers in more than 10 years. But the long break in the rivalry didn’t stop the Pitt student body from getting excited for the 2022 edition of the Backyard Brawl. The Pitt student section — also known as “the Panther Pitt” — is now at full capacity for the Backyard Brawl, the Panther Pitt’s Twitter account announced.

🚨Student Tickets are SOLD OUT vs. WVU🚨

You can still purchase tickets for all 6 of our other home games this season!

Despite both teams’ campuses being less than 100 miles from one another, the Panthers and Mountaineers have not played one another since 2011. The two have met on the gridiron 91 times, with Pitt winning 54 of the matchups.

The Backyard Brawl will air nationally on ESPN with a special edition of the College Gameday Show taking place before kickoff. College Gameday will begin its show at 6 p.m. and the teams will kickoff at 7 p.m. at Acrisure Stadium in Pittsburgh.