Column | Enjoy the hype around Pitt football, but take it one game at a time 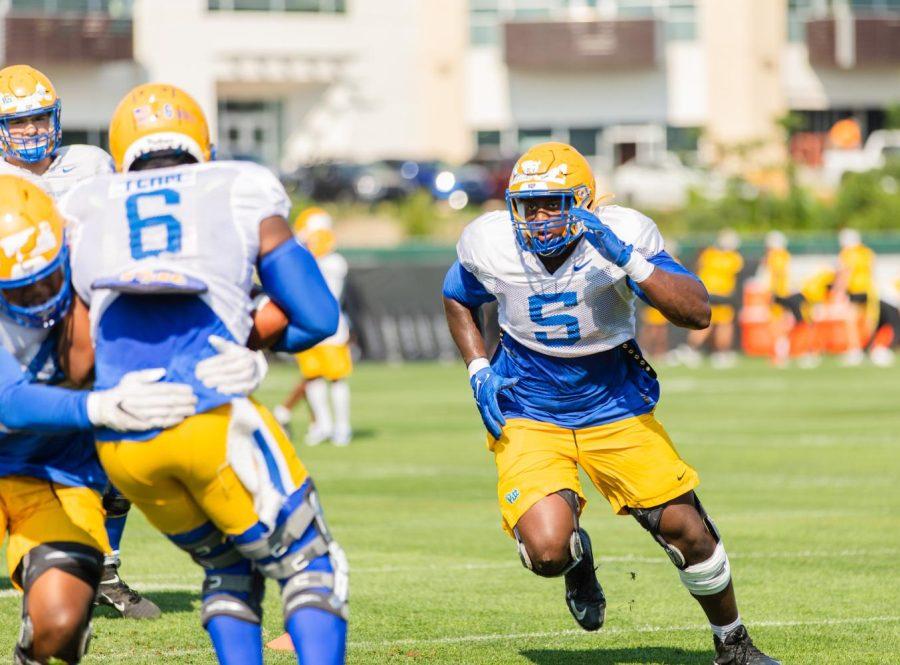 College football kicked off the season this weekend with the highly anticipated “week 0” contests. While none of the major Power-Five teams took the field, fans were content watching college football again. College Gameday analysts couldn’t help but give predictions for the 2022 College Football Playoff field.

The perennial powerhouses made appearances in most predictions — Clemson, Ohio State, Georgia, Alabama and Michigan, to name a few. But one school was not like the others. Former Michigan safety and now college football analyst Desmond Howard boldly predicted that Pitt will make the College Football Playoff.

College football fans made fun of Howard for his choice, claiming that it was outlandish and unlikely. And, quite frankly, it is. The ESPN Football Power Index gives the Panthers a 1.5% chance to make the four-team tournament. While it’s not impossible, Pitt needs to rip off an even better season than last year — without two of its best offensive players in recent memory.

The message to Pitt fans should be to enjoy the hype surrounding the Panthers, but to not declare this season a failure if Pitt isn’t in the college football playoff. Pressure is a privilege in sports — teams would kill to have a 1 in 100 chance to make the playoff. But so much needs to happen for that to come to fruition.

Fans should expect greatness out of their team, especially after winning the ACC Championship game. But there are 130 teams vying for a tournament that only has room for four.

The blueprint to make the College Football Playoff is very simple. If a Power-Five team wins their conference and loses just one regular season game, it’s almost a guarantee that the committee puts that team into the playoff. Now the question is whether Pitt can do that.

But it’ll take big wins over West Virginia, Tennessee, Louisville, Miami and the Atlantic Division champion if Pitt makes it to the conference final. The Panthers have the potential to take down each one of these teams. But head coach Pat Narduzzi has lost games to lesser teams in the past. Pitt lost to Western Michigan last year on their home turf with Kenny Pickett at quarterback.

New starting quarterback senior Kedon Slovis has certainly shown flashes of greatness in his career, but he’s never found the consistency he needed for anyone to consider him an upper echelon quarterback. Again, fans should expect that Slovis plays well — that’s what fans should do. But what fans shouldn’t do is expect him to play even half as well as Kenny Pickett did.

Biletnikoff winner Jordan Addison is also no longer on the team after he infamously transferred to USC. Narduzzi picked up sophomore Konata Mumpfield, an All-American first-year receiver at Akron. Mumpfield too has shown the potential to step up in Addison’s role.

But what fans need to remember is that seasons like the ones Pickett and Addison had don’t happen very often. This offense is going to be fine, but expecting the same output as last year is unreasonable.

This column isn’t an argument advocating for fans to expect the worst case scenario. This is an attempt at slowing down and nobody getting too far ahead of their skis. There are so many variables standing in the way of a trip to the College Football Playoff — none of which anyone but the players on the field can control.

It’s okay to be disappointed if Pitt isn’t as good as last year. But remember, last year was a historic one — the best in 40 years. If Pitt goes 10-2 and misses the playoff, it’s still a great year by any program’s standards.

Pitt can reach that ceiling of a college football playoff if things go perfectly. But don’t let the idea of this cloud enjoying each game.

Take this year one game at a time, Pitt fans. Enjoy this year, and enjoy the excitement.