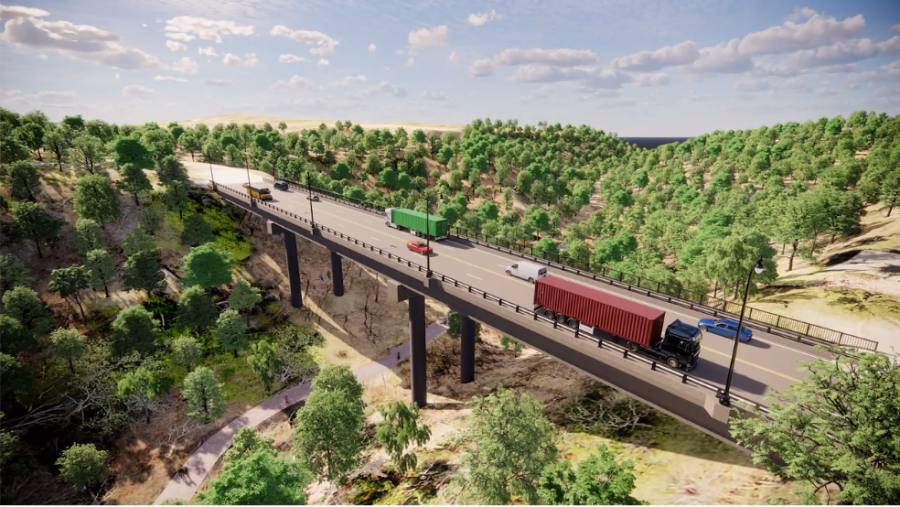 Pittsburgh is reconstructing the Fern Hollow Bridge — and it will now include artwork enhancements.

Following the Fern Hollow Bridge’s collapse in January, the Pittsburgh Creative Corps, an organization within Pittsburgh’s Office for Public Art that commissions local artists for public art, selected two artists, John Peña and Carin Mincemoyer, to design public artwork that will enhance Fern Hollow Bridge. The cyclists and pedestrians on the bridge, as well as the Frick Park trail-goers below, will see the enhancements.

Peña, an artist and educator originally from Washington state who uses his art as a way to explore the natural world, is one of the artists working to enrich the bridge. He said his main priority is to incorporate the natural elements of Frick Park within his designs.

“When I first approached it, a lot of the feedback that had already been built in were a lot of comments about maintaining the integrity of Frick Park and incorporating the natural setting into whatever designs I proposed,” Peña said. “So that was kind of in the back of my mind as I hit the ground running.”

Sallyann Kluz, the executive director of the OPA, said the timeline of the bridge’s reconstruction is still up in the air, but at best the city will complete it within the next few months.

“The construction of the bridge is not yet completed, and I believe that what has been said is that it could be as early as the end of this year, but that is also subject to many things,” Kluz said. “The intention is that even the installation of the artworks would not hamper or delay the use of the bridge by the community because they’d either be installed prior to the bridge being opened or being done in such a way that wouldn’t require the closing of the bridge once it’s reopened.”

Peña said the overall concept of his design includes the historical significance of how the Monongahela River shaped Fern Hollow.

Peña said he hopes his design can inspire people to use the mediums of art and language. Following each art display on top of the bridge will be a piece of text explaining its historical significance.

“My design is using really simple pen and ink markings to evoke these different events,” Peña said. “So kind of trying to be grounded in science but also poetic and playful at the same time through language.”

Mincemoyer, a Pittsburgh-based artist whose work centers on mankind’s relationship with nature, is the second artist for the project. She proposed two concepts for the bridge, including an arch and a new pathway, which would make the trail below it more scenic.

Mincemoyer said her inspiration for the bridge arch comes from the old Fern Hollow Bridge’s arch, which symbolized that the bridge was in a significant place.

“Arches have been used historically to commemorate or celebrate important places or people or to signify a gateway, and so this artwork is really performing a similar celebratory function,” Mincemoyer said. “The design for the artwork is really based on the arch of the 1901 bridge.”

Mincemoyer added that she would like to incorporate a meandering path as a part of the trail below the bridge.

“Like a river, the trail will widen out and curve back and forth, and it really takes the slow path of the trail and slows it down even more and creates a place to maybe even stop and relax for a while and take in the surroundings of the park,” Mincemoyer said. “It treats the area under the bridge almost like a park within a park.” 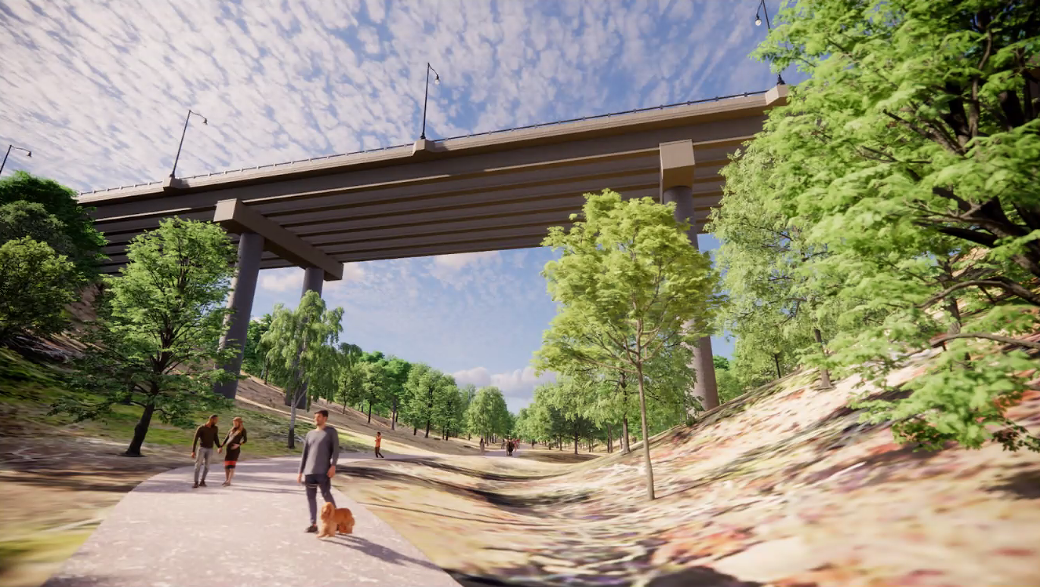 “I have to say, I did not know what to expect when the process started, and I just tried to be open to the experience and it’s been fantastic, it has been really fun,” Mincemoyer said. “Being on a design team with collaborators is always interesting because you get to work with people that have very different skill sets than you.”

Both artists expressed that they appreciate their role not only reconstructing the bridge, but transforming it. Peña said he is glad to be part of such a significant project in Pittsburgh.

“It’s been really cool thinking about being a part of history,” Peña said. “It’s a really rad way to think about it.”