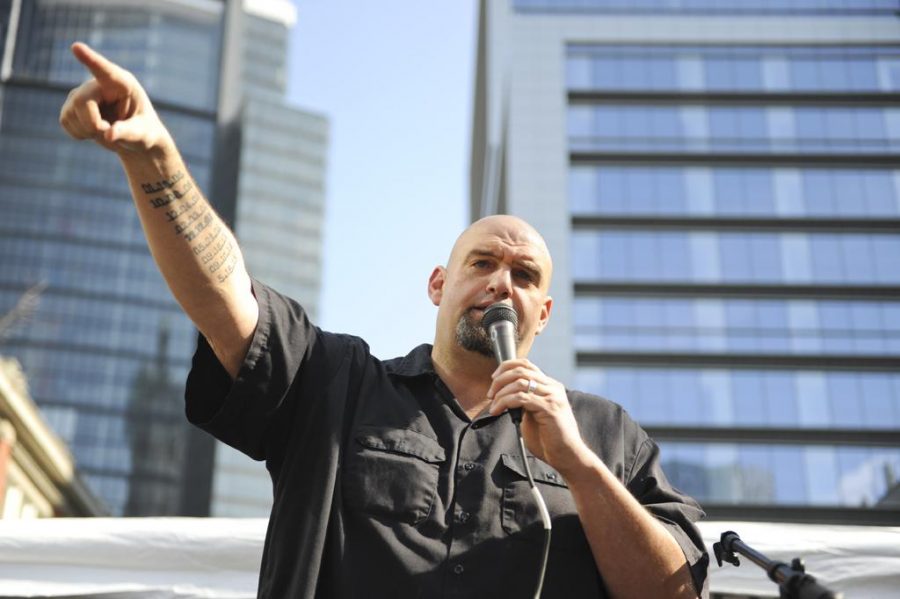 Democratic Senate candidate John Fetterman speaks at an event in 2016.

John Fetterman and Josh Shapiro — the Democratic candidates for Senate and Pennsylvania governor respectively — have expressed apprehension about debating their opponents, as both Mehmet Oz and Doug Mastriano have reputations for outlandish antics in the press.

Following pressure from Oz’s campaign, Fetterman committed to attending one debate. While Fetterman said it was “always [his] intent” to debate, he had lingering issues from his stroke. A debate would allow Fetterman to discuss his platform — something that the noise of running a campaign can silence.

Pennsylvanians need to know the issues that these candidates are focused on. Fetterman wants to help rural communities in Pennsylvania, he wants to fight inflation and secure abortion rights, and the voters need to see how he is going to keep these promises — a debate is the right stage for it. Additionally, debates show how the candidate will act when they are provoked. A senator’s job is to stand up for their state, despite attacks from others. The debate stage is a perfect way for voters to see how a candidate will react, showing them on the offensive.

The situation with Shaprio and Mastriano appears slightly different. Mastriano was wishy-washy on whether or not he wanted to debate Shapiro, as he deemed debates unfair and influenced by the media. Mastriano later changed his tune and challenged Shapiro to a debate, but wanted the moderators to be selected by each candidate. Shapiro rejected this notion, claiming that it is an “obvious stunt.” While playing by one candidate’s rules does make the debate somewhat unfair, Shapiro should not have rejected debating Mastriano outright. It’s important for Pennsylvania residents to hear what both sides have to say — albeit in a balanced way with a neutral moderator.

However, a debate stage is the perfect way for the candidates to showcase their platforms and for citizens to hear the issues candidates say they will fix once elected. Candidates — no matter their party — should debate, as what they do and say in office affects everyone in the state of Pennsylvania. We need to hold our candidates accountable to keep our democracy functioning.