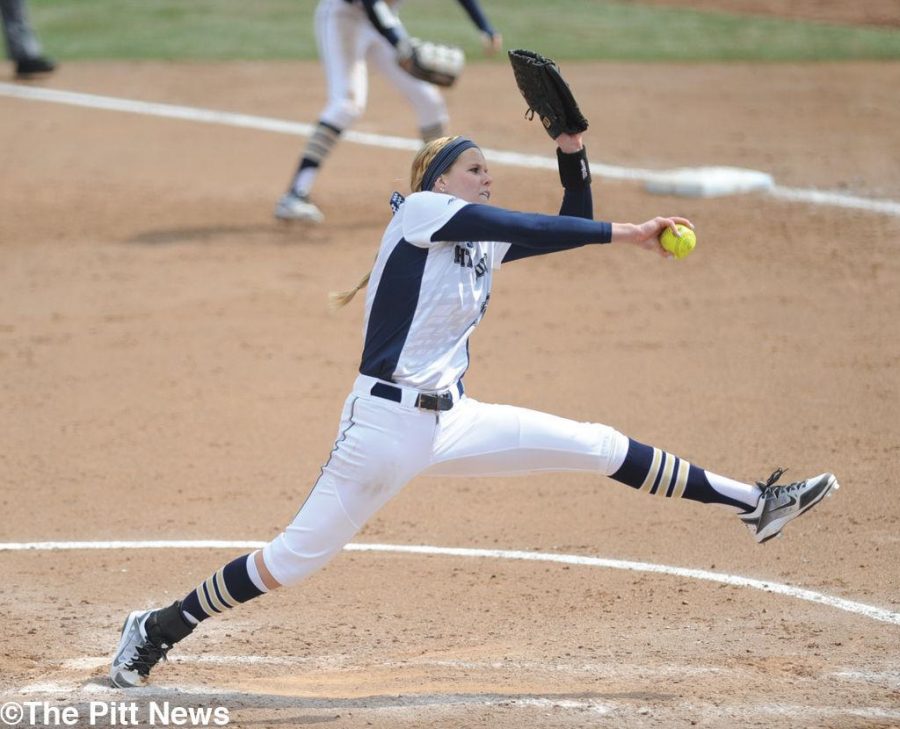 Wednesday marks a busy day on the diamond. Both Pitt’s baseball and softball teams have non-conference games before gearing up for their customary weekend series.

The baseball team (10-12, 4-5 ACC) travels to Youngstown State University for a one-game series, with first pitch scheduled for 3 p.m. The softball team (24-7, 6-3 ACC) will stay in Pittsburgh, competing against St. Bonaventure in a doubleheader with the games scheduled for 3 p.m. and 5 p.m. at Vartabedian Field.

With both seasons now in full swing, here are some storylines from last weekend to look for in Wednesday’s action.

Pitt baseball and softball experienced different sides of walk-off games in their last series. For Pitt softball, freshman Giorgiana Zeremenko blasted a game-winning two-run home run on Saturday to lift her team over North Carolina State, despite an 8-3 final-inning deficit.

Meanwhile, Pitt baseball suffered a walk off of its own on Sunday, as Duke senior second baseman Andy Perez hit the game-winning single to right-center-field to defeat the Panthers. Still, Pitt was not entirely without late heroics in the series, as sophomore outfielder Nick Yarnall hit his second home run of the series-opening game in the 10th inning to seal a win over the Blue Devils.

Given the close nature of many of their recent games, Pitt baseball and softball will likely need strong late-game performances to seal wins on Wednesday.

Senior Savannah King has been the undisputed leader of the softball team’s pitching rotation so far this season. She holds a 14-3 record and a 2.76 ERA, and her impressive 53 strikeouts in 101 innings pitched lead the team. The rest of the conference has taken notice as well, as King already earned ACC Pitcher of the Week honors on Feb. 16, after 17 innings of two-run work.

For Pitt baseball, sophomore T.J. Zeuch leads the staff, posting a team-best 1.93 ERA to accompany his 2-2 record. Pitt’s fielders have had less work to do when Zeuch has taken the mound, as he has recorded 47 strikeouts in just 37.1 innings of work.

Like King, Zeuch has also earned conference recognition with an ACC Pitcher of the Week award. He received the honor after pitching eight shutout innings against No. 1 Virginia on March 7. Going forward, he will have to continue leading a Pitt offense that has shown inconsistency so far.

Neither team’s Wednesday game will count toward its conference standings, as St. Bonaventure and Youngstown State do not play in the ACC. But after a handful of conference series, the baseball and softball teams are in the middle of the ACC picture.

Pitt’s softball team holds a 5-3 conference record, good enough for fifth in the ACC. But this weekend, it faces a Florida State University team that leads the conference with a 7-1 record. If it wins that three-game series, Pitt may receive more votes in the national polls.

The baseball team and its 4-5 ACC record tie for seventh in the conference. But a three-game weekend series against North Carolina State (12-9, 3-5 ACC) provides a much-needed opportunity for the Panthers to separate themselves within the conference.