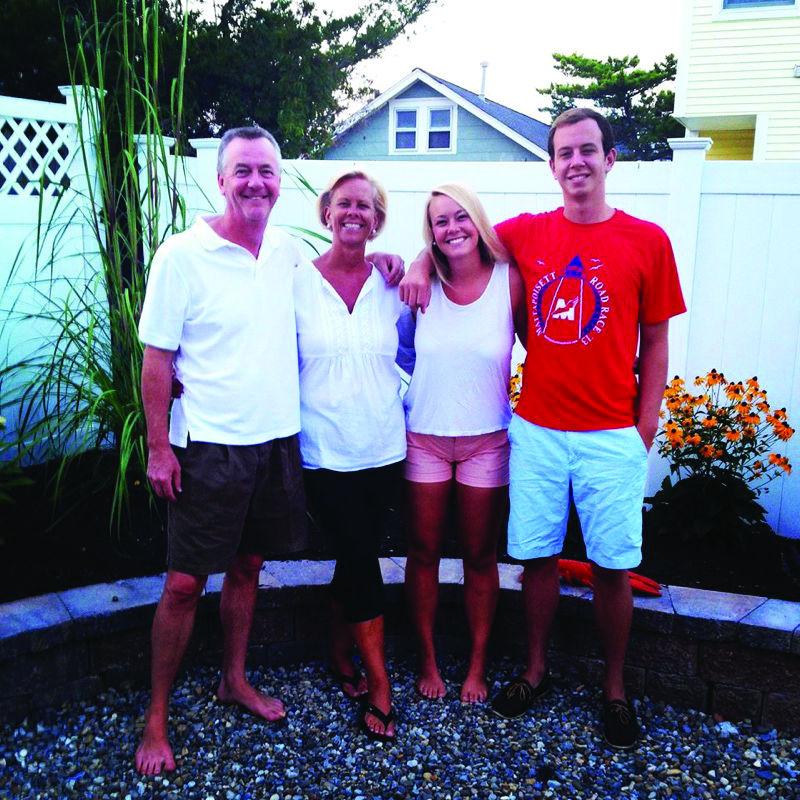 George Daly couldn’t sing well, his friends say, but he loved to anyway.

His favorite song to sing, according to his friends, was Frank Sinatra’s “New York, New York,” even though he hardly knew any of the words.

Now, Barker won’t be able to hear Daly sing. Police found Daly dead in his Ward Street apartment at 11:34 p.m. on Thursday, Feb. 12. Daly was a sophomore molecular biology major and a brother of Pi Kappa Alpha. He enjoyed playing baseball and basketball — according to his mother, Nancy Daly — and knew how to tear up a dance floor. Freshman year floormates thought of him as their “captain,” but, above all, those closest to Daly called him a true friend.

Nancy Daly wrote in an email that George was not only an avid sports fan who enjoyed the beach, music and traveling, but he also had people surrounding him who loved him.

“George was uniquely blessed with a large posse of close friends and a loving family who, in turn, were made better by his presence,” Nancy Daly said.

A person’s life is measured best by the impact he has on others, George’s sister Genny Daly, said at his funeral on Saturday, according to Nancy Daly’s email.

“No words exist that can fully express George’s impact on those around him, whether it was a passing interaction or a deep friendship,” Genny said in a statement at the funeral. “Talking to him gave you confidence in yourself and made you realize that there was always someone who saw the real you and accepted it.”

Summer Jiries, a sophomore chemical engineering major, lived on the same floor as Daly last year and the two became close friends. Earlier this month, she decided to take a picture of him sleeping during what would be the last time the friends would see one another.

“It’s weird. I’ve seen him sleep a million times, but I decided to take a picture that time,” Jiries said.

She woke Daly up, exchanged “I love you’s” and left his apartment.

Michael Knarr, one of Daly’s floormates freshman year, said he and the others endearingly referred to him as “floor captain.”

“George electrified our lives with a blend of charisma, humor and kindness that lent light to the darkest of days,” Knarr, a sophomore nursing major, said. “I will keep him alive in both my heart and my memory, and I hope that everyone who knew him does the same.”

Daly held a special place in Mary Jacobs’ heart, too.

Jacobs met Daly during their sophomore year at Hunterdon Central Regional High School in Flemington, N.J. The two dated on and off throughout high school and had remained close with him at Pitt.

Jacobs, a sophomore neuroscience major, turned to Daly whenever she was in need.

“I don’t have words for this stuff. Every day is like a new emotion that you’ve never felt before,” she said. “But they’re not all bad. Sometimes I’ll wake up and say to him [in my head], ‘You’re such a sh*thead.’ But then I’ll laugh about it because he’s sitting right there being like, ‘I know, Mary.’”

As they grieve, the University will provide counseling for any friends or classmates who desire it, according to spokesman John Fedele.

“The University community is saddened by George Daly’s passing, and our thoughts are with his family and friends right now,” said Kenyon Bonner, interim vice provost and dean of students.

While at Pitt, Daly continued to play sports on his fraternity’s basketball team. Daly rushed Pi Kappa Alpha during his second semester at Pitt and joined the team right away. After he made the winning basket at the first game, no one questioned his skill.

Jason Carne, one of Daly’s fraternity brothers, said Daly was the type of person that everyone should have in their life.

Carne and Daly pledged Pi Kappa Alpha together in a small, tight-knit pledge class, which Carne says was one of the best experiences of his life because of Daly.

“George was a bit of a perfectionist and always tried to push the rest of us to not just meet standards but exceed them,” Carne said. “He wasn’t the type to simply get through things. He wanted to excel in every aspect of his life and that rubbed off on all of us.”

Carne said Daly was the first to volunteer for the toughest jobs and was always the first in line for community service and charity, which drove Daly to become president of his pledge class.

“I’ll be beyond grateful every day for the time I got to spend as his brother and as his friend,” Carne said.

Jacobs said Daly had a tendency to do “goofy things.”

Daly asked her to prom their senior year of high school. After receiving a text message from Daly instructing her to come outside, Jacobs opened her door to see him, standing in front of his car, blasting R. Kelly’s “Ignition (Remix)” and singing to her with a rose in his mouth.

“It was the most embarrassing thing I’ve ever seen, but that was him,” Jacobs said. She said yes to Daly’s prom proposal.

“Everyone will tell you he’s the goofiest kid,” Jacobs said. “At first he’s quiet, but, once you get to know him, he’s really good at bringing groups of people together … and he can always brighten your day.”

Austin Knight, one of Daly’s two roommates, remembered Daly running down the hallways of Mark A. Nordenberg Hall, his residence hall freshman year, screaming various phrases out the windows, the most notable being “412” and “Pitt police protect and serve.”

Barker said every time Daly greeted her, he opened his arms wide and screamed her name.

“[We] played the Powerball last week, and the first thing I was going to do [if I won] was buy myself a car or something like that,” Leahey said. “But the first thing [George] wanted to do was buy his dad a small plane because he had his pilot’s license.”

Jacobs’ fondest memories with Daly include going to all of his baseball and basketball games and hanging out after every single one, regardless of the game’s outcome.

After his death, Jacobs revisited the baseball field on which Daly used to play when she returned to their New Jersey hometown last weekend. She sat on the pitcher’s mound and talked to Daly.

“Whenever you talk to him, you don’t need an answer, because you know what he would say. [Now it’s about] getting used to the new him,” Jacobs said. “I don’t know what I believe, and I don’t know if he’s up there or down here, but I know he’s listening.”

Editor’s Note: An earlier article omitted the fact that this was the last time Summer Jiries saw George Daly. The current version has been changed to reflect this information.