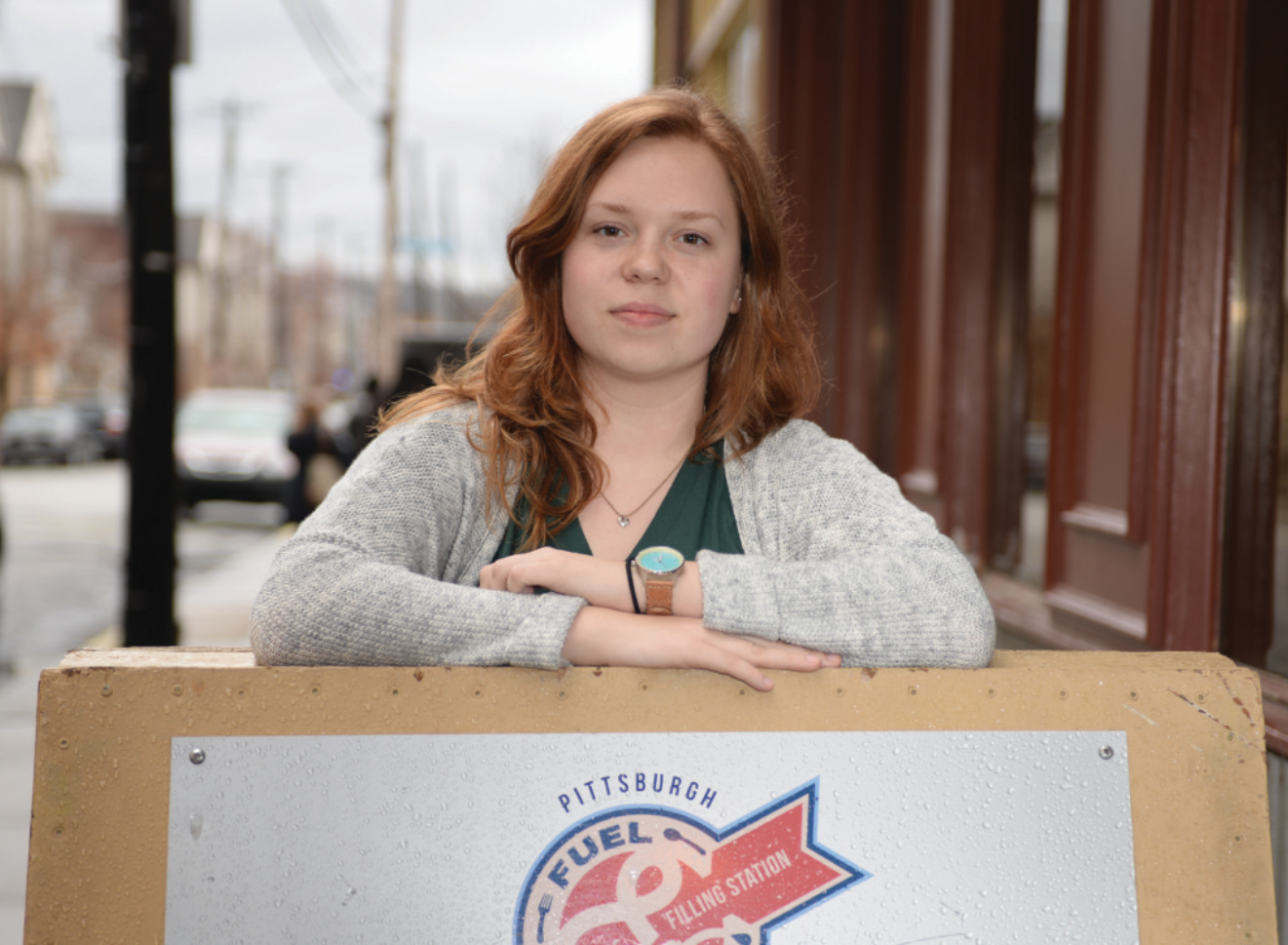 Katsiaryna Lohinava wants people to start calling her by her full name to preserve the first four years of her life.

“Like yeah, I’m Kat, I go to school at Pitt, I speak English, I dress normally now. But there’s this whole other side of me: where I’m from,” Lohinava said.

For Lohinava, the struggle to identify “home” has an added layer of complexity.

“People don’t know where that is, or what life was like there. I don’t know. I want people to know that, I guess.”

Born in Grodno, Belarus, Lohinava spent her earliest years in a traditionally Eastern European setting, where her preschool education included lunch cooked by trained chefs and a distinct lack of T-shirt or jean-clad students.

“That was just how kids went to school back in Belarus. They dressed up,” she said.

Outside of the education system, Lohinava’s family had a few customs of their own.

“Grandma would always make tea and a bun with butter on it. Sometimes some cold cuts ... of course, they’re Russian,” she said.

A landlocked country in Eastern Europe, Belarus is bordered by Russia, Ukraine, Poland, Lithuania and Latvia. The nation’s land, which is just smaller than Kansas, features grassy fields, fairytale-like architecture and 11,000 lakes.

Despite the dreamlike aesthetic of Belarus, the U.S. held appeal for part of the Lohinava family.

Lohinava’s father got his green card and moved to the U.S. in 1998, followed two months later by nearly four-year-old Kat and her mother.

These days, home has changed, and Lohinava has traded her grandma’s tea and bread in Grodno for Palermo’s calzones in Ewing, N.J.

Their first home in a New Jersey neighborhood was a large apartment shared with Russian and Eastern European “tourists,” according to Lohinava. Later, she lived in a house with her parents, her American-born younger brother, Russell, and her Australian shepherd, Knopka — pronounced “Kno-puh,” which means “button” in Russian.

Lohinava eased her transition by succeeding in school and joining a travel soccer team. However, while she loved her sport, her friends and her hometown diner, she knew she couldn’t stay in New Jersey forever. Once again, home changed for Lohinava, who came to Pitt in 2013 to start her “next chapter.”

Now a sophomore, Lohinava resembles a typical Pitt student. Fuel and Fuddle is her favorite off-campus food establishment, and Market Central’s menu determines a good or bad day. A typical Sunday consists of sleeping in, a Bruegger’s barnyard burger and a long stint at Club Hillman.

Currently, Lohinava is pursuing a neuroscience major to begin a career in medicine. As with classes in any major, smaller sections and recitations begin the semester with a round of introductions and icebreakers, yet her Belarusian heritage isn’t her “fun fact.”

“No, my fun fact is that I have three kidneys,” she said with a hearty laugh.

Following an initial misdiagnosis as a UTI, some botched attempts at prescribing the proper medication and a scramble from a North Carolina service trip to an emergency room back in New Jersey, Lohinava learned that she had pyelonephritis — inflammation of the kidney — and a duplicated left kidney. No, that doesn’t mean she can donate one. Luckily, or, perhaps, miraculously, Lohinava’s kidney trio has not troubled her since.

These days, Lohinava takes measures to preserve her culture by speaking Russian at home and periodically listening to her “Russian” playlist on Spotify, which includes pop artists like Dan Bălan and Serebro.  She also plans to christen her future son or daughter with a name that can translate into both Russian and English, like the popular Anastasia or, well, Katsiaryna.

In addition to forging a career and family, she wants to return to the first place she called home.