Oscar’s rejects: The best movies without an awards invite 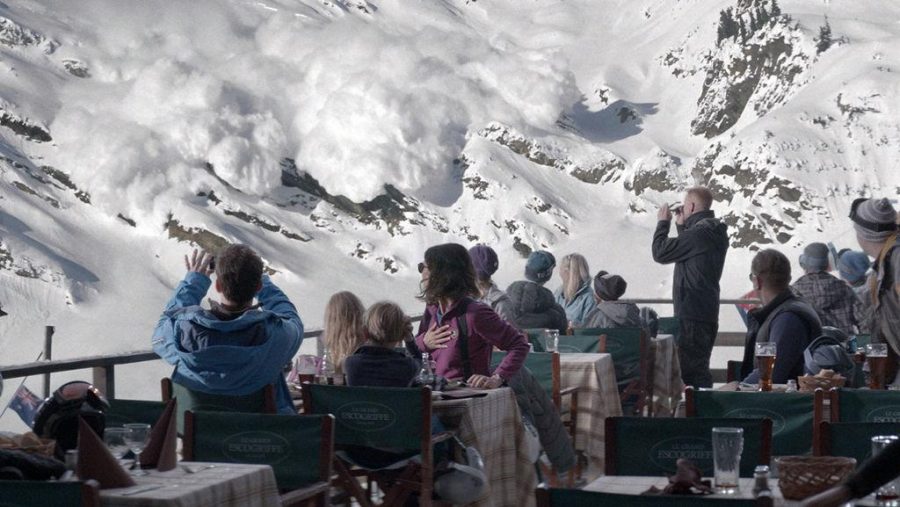 By Dan Sostek and Shawn Cooke / The Pitt News Staff

“Birdman” or “Boyhood?” This question will likely be repeated 1,000 times before Sunday, when we’ll finally know who takes home Best Picture at the Oscars.

The big award, Best Director and Best Actor stand to be the only real contentious major awards, with nearly all the major acting categories just about locked up (winners to be: Julianne Moore, Patricia Arquette and J.K. Simmons). So if there’s no suspense in the awards, why bother watching?

Instead of tuning in for the Oscars’ methodical first two hours (which we’ll probably still do), try watching one of these great 2014 movies that the Academy wrongfully overlooked.

Mirroring a great scene from his black-as-coal comedy “Force Majeure,” Ruben Östlund broke down when his name wasn’t called during the Best Foreign Language Oscar nominees. Prognosticators considered his film about a literal mid-life avalanche to be a near-lock before the nominations were announced, and his possibly self-aware reaction video was a candid look into what most Academy rejects could go through off-camera. Perhaps Östlund’s tale of crumbling masculinity (a father abandons his family during an avalanche on their ski trip getaway, setting off tense ripples throughout the rest of their vacation) was a little too dark for the Academy’s taste. Shawn Cooke

When searching for the top acting performances of the year, it’s easy to get sucked in by the grandiose and gritty. While many will take their Bradley Coopers and Benedict Cumberbatches of the world, showings like Bill Hader in Craig Johnson’s Baumbachian dramedy “The Skeleton Twins” continue to go overlooked. Hader shapes the suicidal Milo masterfully, toeing the line carefully between sympathetic and snarky. Perhaps even more refreshing is that the former SNL star manages not to turn the gay Milo into a caricature, forgoing flamboyance and instead forming a stand-alone personality. Hader’s performance — as well as his rapport with co-star Kristen Wiig — fuels the film, but unfortunately the subtlety of the movie as a whole unsurprisingly left Hader virtually ignored for almost all awards consideration. Dan Sostek

Tom Cruise’s crackling return-to-form was one of the year’s best movies, and it’s far from the type to score Oscar nominations. Or is it? In 2008, “The Bourne Ultimatum” — far from standard awards fare — took home the Oscars for Editing, Sound Mixing and Sound Editing. It was the Academy’s nod to a technically distinct action series, and “Edge of Tomorrow” (or, as it’s been renamed on home video, “Live Die Repeat: Edge of Tomorrow”) pulled off a similarly impressive editing feat. Editors James Herbert and Laura Jennings make the time jumps seem effortless, and sharp transitions after Cruise’s sudden deaths made “Edge” funnier than it had any right to be. SC

“The Fault in Our Stars”

“The Fault in Our Stars” may not be a great movie, but it features one of the finest, most humanized movie-star performances in recent memory — and it’s not Ansel Elgort, the only cancer patient I’ve seen with such a loathsome, smug grin plastered on his face. Shailene Woodley is mesmerizing as terminal cancer patient Hazel Grace Lancaster, and, back in the ’80s when movies like “Terms of Endearment” cleaned house, she might have been a feasible Best Actress nominee. Laura Dern also turns in comparable work to her Oscar-nominated performance in “Wild,” but she’s given more screentime for sincere, heartbreaking interactions in “Fault.” We don’t take teen weepies like this seriously anymore, but if nothing else, “Fault” stands as a statement that J. Law might have to watch the throne. SC

Documentarian Steve James can’t seem to catch a break. Twenty years after voters shockingly passed over his acclaimed documentary “Hoop Dreams,” a gripping account of the lives of two inner city Chicago high school basketball players,  for a Best Documentary Oscar nomination, James once again found himself the surprising odd man out. This time, James’ snub was “Life Itself,” a touching and poignant work detailing the life of the late legendary film critic Roger Ebert. Ebert, perhaps “Hoop Dreams’” biggest proponent in 1994, gave James unparalleled access to Ebert during his last days battling thyroid cancer, the critic reveling in witnessing the filmmaking process first hand. The result was an unflinching celebration of Ebert, warts and all, and of the love of movies that dominated his life. While Laura Poitras’ “Citizenfour” is likely to take home the Oscar regardless, the “Life Itself” omission is a hard one to fathom. DS