Sleater-Kinney makes triumphant return on ‘No Cities to Love’ 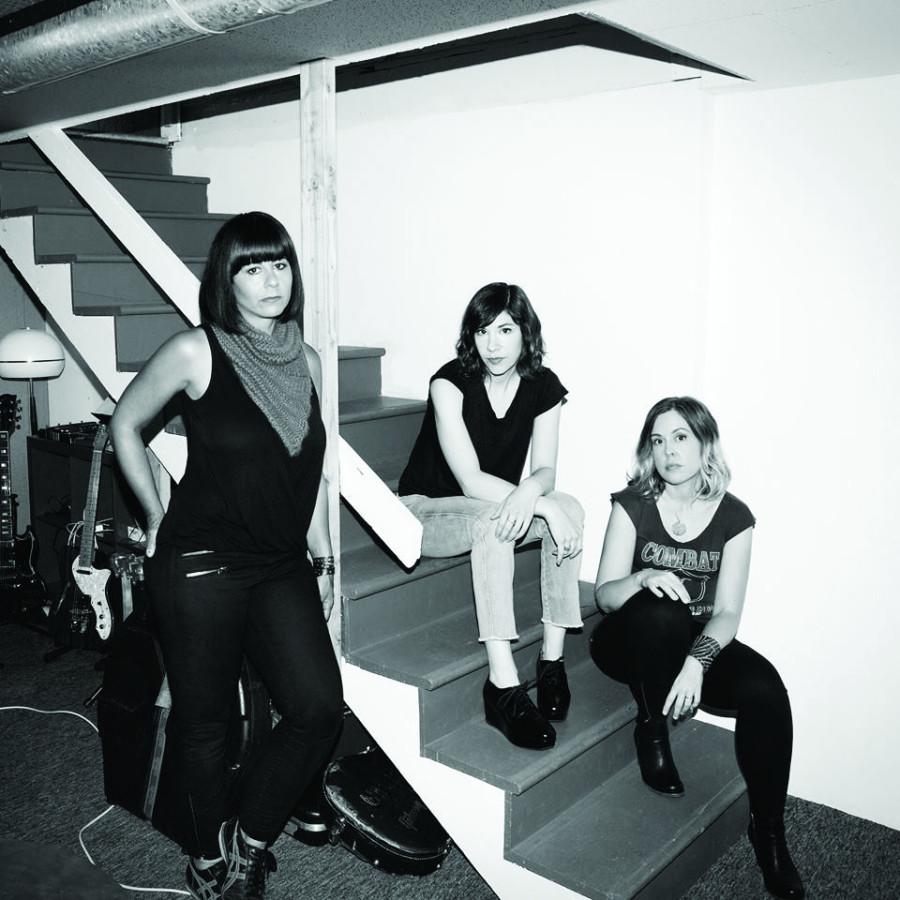 No Cities to Love

It’s not the riot grrrl that’ll make you denounce religion, government and sexism, but Sleater-Kinney’s return to music after a 10-year hiatus carries the same wit, emotion and alternative guitar tuning that made it hugely influential in the ’90s.

Sleater-Kinney formed in Olympia, Wash., in the midst of the feminist punk rock riot grrrl movement. Progressive and left-leaning, the movement generally promoted equality, but had its share of anti-authoritarianism. By the start of the 21st century, riot grrrl started crawling and dying out, becoming less pertinent in the music and art scenes, but Sleater-Kinney remained in action until 2005.

After its exhausting run of touring and recording, the band needed a break to raise kids, work on side projects and film one of the decade’s most successful sketch comedy shows (Carrie Brownstein’s “Portlandia”). Although Sleater-Kinney’s rise to power looked trailblazing at the time, its hiatus left a massive void in female-centric rock. Now the band is back to remind everyone about the awesomeness of girl-powered rock music with its eighth studio album, No Cities to Love.

The album dives right in with an industrial and experimental piece called “Price Tag” — and it’s definitely not the pop song by Jessie J. It’s a diluted, antagonistic spiel against consumerism, Puritan work ethic and the devil. Utilizing some moody guitar and heavy tom-drums, it’ll pound its way right into your brain.

“Fangless” continues the slowed-down, mechanical craft with a subdued hint of dance pep, a definite ode to some of Sleater-Kinney’s earlier work and co-frontwoman Corin Tucker’s elaborately ranged and impeccable vocals. Tucker doesn’t scream and thrash, but she instead delivers a matured and important lecture about the danger of worshipping an idol. Similarly, “Surface Envy” lets the guitars take over and jam a bit, sporting fluctuating riffs and a kicky chorus.

“No Anthems” controls its assault through a deadpan, minimalist and ambient verse that trickles and whispers, but the song revisits Sleater-Kinney’s past in its aggression-fueled bridge, “Seduction/ Pure function/ It’s how I learned to speak,” and chorus: “I’m not the anthem/ I once was an anthem/ They sang a song of me.” The overflow of rapacious emotion makes this one innately memorable — plus its swing and scintillation in tone, tempo and volume speak musically for a band that’s been on break for 10 years.

The 10-song album tops at 32 minutes, averaging three-and-a-half minutes per song in standard old-school punk style, so it’s a brief time commitment and the perfect mix of ass kicking and determination to accompany workouts or street brawls.

The tracks don’t let up for a second — they’re super tight and excellently produced by John Goodmanson. It is very much an older, wiser Sleater-Kinney skilled with instruments, keys and sounds to make for a cohesive and clear-eyed approach.

The album begins closing out with its most melodious tune, the penultimate “Hey Darling.” Perfectly tuned with equal amounts of rock, lyricism and Blondie-sensibility to encourage sing-alongs, it makes you smile before the stormy, melancholy closer, “Fade.”

“Fade” finishes with a small dose of auto-tuned vocals, echoing cries and sentimental wah-wah mixed with earned overprocess. It has a strangling feeling, as if it were going to drown its listeners and suffocate them in the message. “Oh what a price that we paid/ My dearest nightmare/ My conscience/ The end,” Tucker croons mournfully, reminiscing on the band’s trajectory.

The last track aptly summarizes the plight of post-riot grrrl bands, signaling their descent and decline, but Sleater-Kinney’s return is utterly inflexible, highly conscious and constrained — exactly the sort of thing we didn’t know we needed.