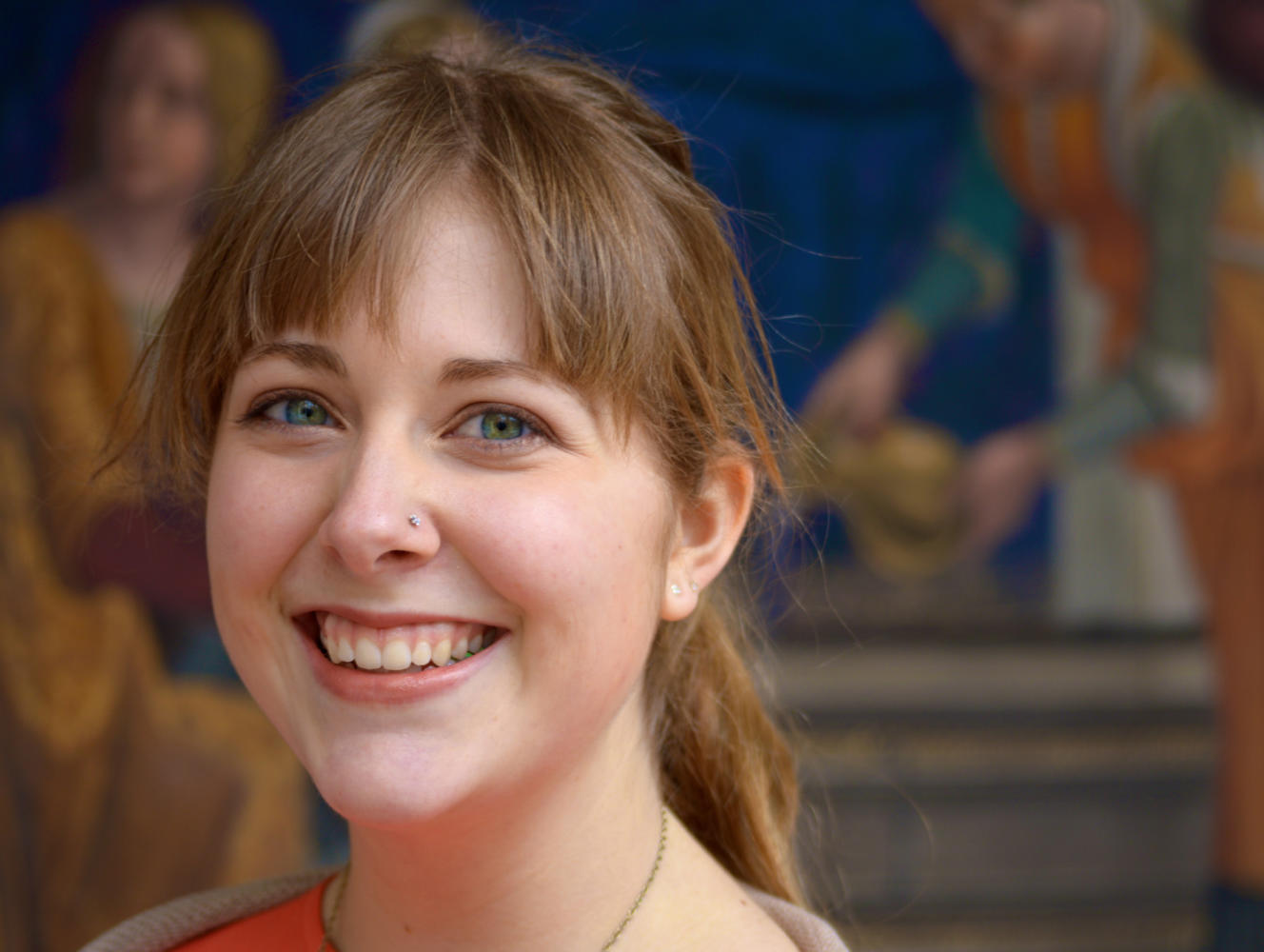 Rebecca Sweeney is the first person in her family to go to college.

Her father is a salesman at an auto parts shop, and her mother works as a campus events staff member for Messiah College  near their home not far from Harrisburg, Pa.

“I definitely look up to [my mother] a lot, and we have a great relationship, and so for her, my going to college is a really big deal, especially since my grandfather never even finished high school,” Sweeney said.

Sweeney, a freshman, loves the opportunities she’s found in college and said being at Pitt is better than what she had expected.

“Meeting new people who are just as excited to learn and [are] exceptionally driven is very inspiring,” she said.

Pitt was the only school she applied to out of firm conviction that it was the true fit. 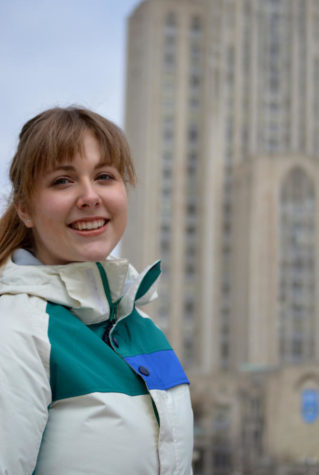 “I think it was because of the city, the opportunities and the sense of adventure. I wanted a change from the small town that I come from,” Sweeney said.

She’s majoring in psychology because she wants to help people and wants to pursue a field that requires human interaction. She made her decision after taking an AP psychology class during her senior year of high school.

“I really liked my teacher a lot,” Sweeney said. “He was very passionate and it was a really good learning environment.”

Her favorite thing about Pitt, and college in general, is the freedom.

Since arriving at Pitt, Sweeney has immersed herself in the available culture at the University and its surrounding community.

Sweeney likes museums, music festivals and concerts, and said she recently discovered one of her favorite places Downtown, an art gallery called SPACE.

“I like to just go places, especially since [there’s] free public transportation. I just go anywhere,”  she said.