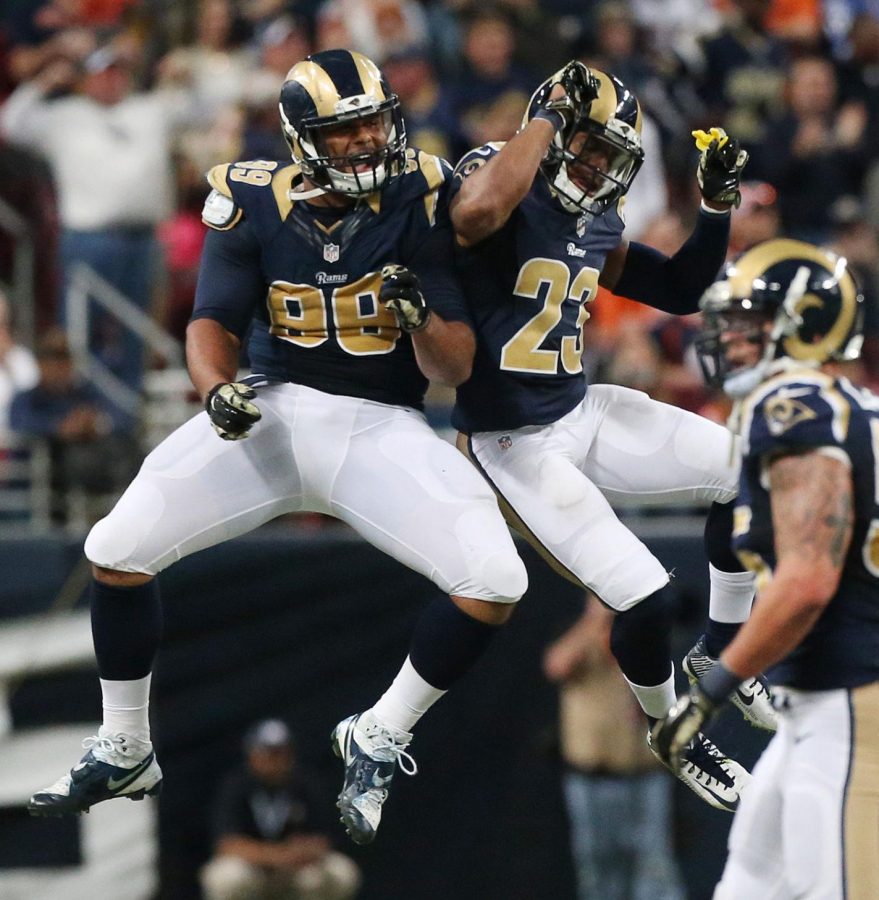 Fitzgerald’s award recognizes a player who demonstrates qualities of sportsmanship on of the field, including sportsmanship, fair play, and integrity in competition. The award is named after the late founder of the Pittsburgh Steelers, Art Rooney Sr.

Fitzgerald will receive a $25,000 donation from the NFL Foundation to give to the charity of his choice.

In two seasons at Pitt from 2002-03, Fitzgerald scored 34 touchdowns and amassed 2,677 receiving yards. He holds an NCAA record with a receiving touchdown in 18 straight games.

Donald, the No. 13 pick in the 2014 NFL draft, recorded 47 tackles, nine sacks and forced two fumbles for the Rams.

In college, he became one of Pitt’s most decorated players, winning the Lombardi Award, Bronko Nagurski Trophy, Chuck Bednarik Award and Outland Trophy all during his senior season.

In 51 career college games, Donald made 112 solo tackles and had 29.5 sacks. He forced six fumbles, four of which came during his senior year, in which he earned ACC Player of the Year honors.

Donald was also one of three rookies selected to the 2015 Pro Bowl game.