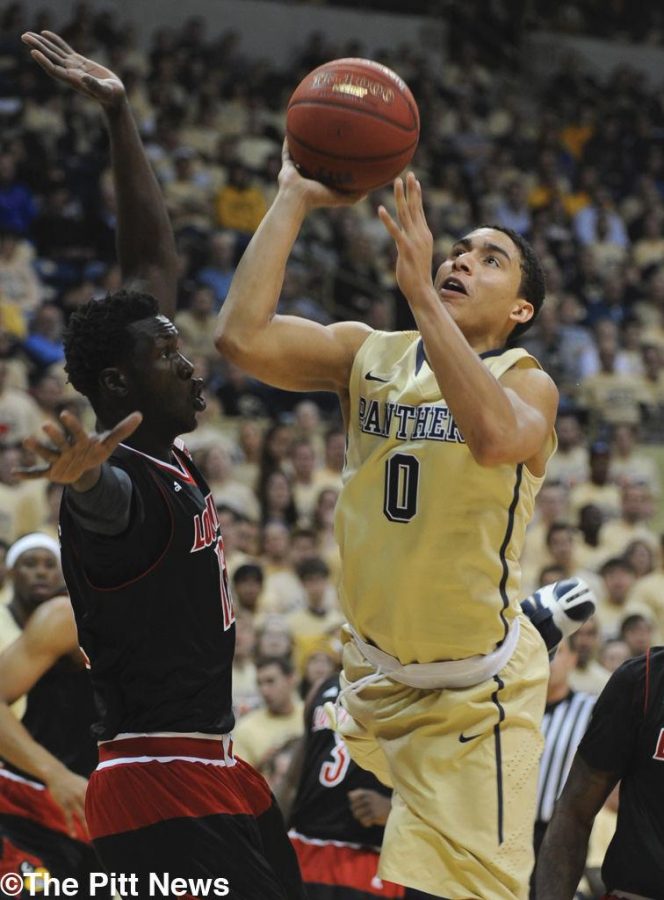 Louisville head coach Rick Pitino wasn’t afraid to say what was on the mind of countless Pitt fans following the Panthers’ 80-68 loss to the Cardinals Sunday at the Petersen Events Center.

“This [Pitt] team is not as good as other Pitt teams,” the esteemed coach Rick Pitino said in his postgame press conference. “They’re gonna lose a few.”

Pitino isn’t the first coach to express this gloomy sentiment after a Pitt game. Oakland University coach Greg Kampe made similar statements after their game in Pittsburgh last month, and these coaches won’t likely be the last.

The Panthers sport a different roster makeup than in years past. There is no big center in the post. There’s no go-to scorer to look to when the team is in dire need of a big bucket.

But, perhaps, the starkest difference is the lack of consistent defensive performances.

While sometimes showing flashes of defensive dominance, such as holding Holy Cross to 39 points in December, the team’s defensive inconsistency was on full display Sunday. Pitt allowed Louisville to shoot 65.2 percent from the field, the highest-ever mark surrendered by a Jamie Dixon-coached team.

As is often the message from Dixon after a rough outing, though, the Panthers’ head coach wants the team focused on their next game: Tuesday evening’s matchup against Virginia Tech (8-11, 0-6 ACC).

“We’ve got to get ready for Virginia Tech,” a hoarse Dixon said after the loss to the No. 10 Cardinals. “We’ve got a quick turnaround. They played today as well, and we’ll both be coming off of a loss. I believe we’re going to get better in these 48 hours in preparation for Virginia Tech.”

Williams’ team hung tough with No. 2 Virginia on Sunday, though, falling by a slight margin of 50-47 to the undefeated Cavaliers.

Despite the solid play against such a skilled opponent, Virginia Tech has yet to register a quality victory, with no wins against any major conference team this year and a winless start conference play.

The Hokies do sport two extremely efficient guards on offense in freshman Justin Bibbs and junior Adam Smith. Both are very effective in shooting from beyond the arc — each boasting 3-point percentages over 43 percent — something the Panthers struggled to defend against Louisville on Sunday and Duke in the game prior on Monday.

Williams’ team’s Achilles’ heel resembles Pitt’s: both teams rank among the worst in the ACC in rebounding, with Tech ranking last (30.8 rebounds per game) and the Panthers ranking third to last (34.4).

Regardless of the Hokies, junior point guard James Robinson said that after the loss to Louisville, the Panthers are focused on themselves.

“We definitely have to get back to work tomorrow, get ready for practice, get back to making sure we’re rebounding,” Robinson said. “Getting on lockdown and back to our principles, and then be ready to execute on the offensive end. On defensive, if we play up to our capabilities, we’ll be able to score points in transition.”

Dixon offered reassurance that the team would bounce back after the disappointing performance against the Cardinals.

“We will get better,” Dixon said. “And we will play better on Tuesday.”

Tip-off is scheduled for tonight at 7 p.m. at Cassell Coliseum in Blacksburg, Va. The game will air on ESPNU.