Depp walks the plank in ‘Mortdecai,’ one of his worst flops yet 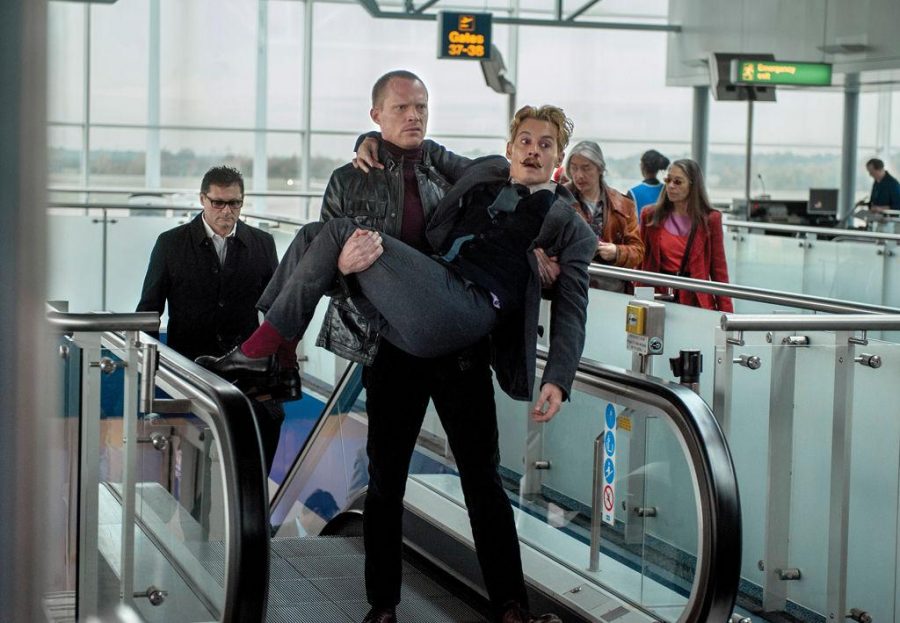 By Matt Maielli / For The Pitt News

Imagine Johnny Depp as the Sherlock Holmes of the underground art world. Now imagine that he is impossibly bad at his job, then drop him into an unfinished “Pink Panther” movie, and you’d get “Mortdecai.”

Charlie Mortdecai (Depp) is in debt. A lot of debt. Approximately $8 million in debt. You may ask: How did an affluent art dealer who knows his way around the black market amass such an astronomical amount of debt?

To get an answer, you’re going to have to track down the screenwriter or the novel on which the film is based, “Don’t Point that Thing at Me” (1973) by Kyril Bonfiglioli, because the movie offers nothing in the way of an explanation.

Mortdecai’s debt is the main conflict propelling “Mortdecai,” but it’s also concerned with the case of a stolen Goya painting that has eluded art aficionados for decades. The lost painting is rumored to hold codes to a vault of Nazi gold, which Mortdecai hopes can clear his debt. Inspector Martland (Ewan McGregor) employs Mortdecai to track it down with the help of his ill-named servant Jock Strapp (Paul Bettany). Meanwhile, Mortdecai grows the movie’s trademark mustache, a hybrid facial tuft resembling both handlebar and walrus mustaches, much to the dislike of his wife, Johanna (Gwyneth Paltrow).

The film’s jokes are paced to match the quick, albeit lackluster, action, but, unfortunately, they’re just not funny. Bettany’s performance as the loyal henchman with an “excessive intercourse problem” is funnier to watch than Depp’s Mortdecai, which doesn’t provide much competition. Not even McGregor’s Martland could redeem the film with all his boring, suave hindsight. Most of the plot legwork is left to Paltrow’s Johanna, since the male stars are caught up in ridiculous antics.

Depp’s Mortdecai should be able to carry the movie, right? Nope. Mortdecai is presented as an expert in the underground art world and, for the most part, well-respected by the community. Instead, he stumbles through most of the plot accidentally — being abducted by Russian mobsters, who unknowingly use him as an art mule, and giving up as soon as the painting is seemingly destroyed in a hotel fire. The only person who shows any investigative skill at all is Johanna, which makes it seem like her name should’ve graced the title of the film.

Mortdecai also has no discernible personality aside from annoyingly whining about every situation in which he finds himself, coupled with his odd mannerisms and a grab-bag of catch phrases. Depp also helped produce the film, which makes it his worst and most forgettable venture since 2012’s “Dark Shadows.”

There is no real reason to sympathize with this character, especially since vices or any other manner of human qualities never explain or take credit for his enormous debt. Instead, it seems the movie expects the viewer to react with, “Oh, he’s in debt? That’s sad and relatable! Did he just use a catch phrase? Let’s watch the whole 106 minutes and hear more!”

However, Mortdecai isn’t alone on the screen — none of the characters really get any back story. Martland is a hopeless romantic with an affinity for poetry. Strapp’s loyalty goes unexplained, which is especially odd considering Mortdecai accidentally shoots him several times and almost lets Chinese gangsters cut off his fingers. The movie and its relentless advertisements expect you to have been familiar with these characters for quite some time.

To be fair, if one thing attempts to salvage “Mortdecai,” it’s the film’s soundtrack. Handled mostly by English DJ and producer Mark Ronson of recent “Uptown Funk” fame, the filler music used during travel montages and between scene cuts alternates between funky and grungy. The music’s good enough to have you waiting for the scenes to end in hopes of getting some sound relief.

“Mortdecai” was a flop of masterpiece proportion, and, as Mortdecai would often say while running from danger, “I don’t like it!”