The name’s May, Aunt May: Have the studios taken superhero universe-building a bit too far? 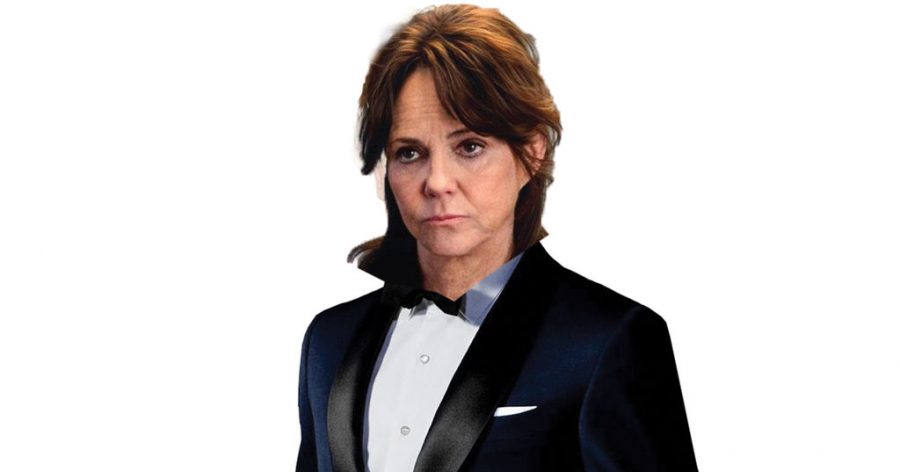 Since their launch to prominence in America during World War II and their cultural takeover from the 1960s onward, superheroes have always represented the best of intentions — whether that’s escapism, entertainment or perpetuating good old American values of bravery and heroism.

Superheroes are symbols of American ideology — take Captain America, for example, who famously debuted in 1941 by landing a punch on Hitler’s face. They’ve even offered their own two cents for cultural progression — in 2012, the Marvel hero Northstar became the first openly gay character to propose to his boyfriend in “Astonishing X-Men” No. 50 at a time when gay marriage was first gaining national momentum.

Superheroes have tackled everything from homosexuality to drugs, but you’ll never see them question themselves. In the modern age, it seems that heroes’ transition from paper to film is a survival tactic — there are simply too many other ways to entertain oneself today, compared to the 1950s. But superheroes refuse to fall out of relevancy, and, in doing so, their film adaptations become hollow icons of consumption.

This isn’t their fault, obviously — there’s just too much money to be made from a violent and dark summer blockbuster. Remember when the first “Spider-Man” graced our theaters in 2002 and, more importantly, how it didn’t suck? It currently retains an 89 percent on Rotten Tomatoes, but its importance cannot be measured quantitatively. The “Spider-Man” franchise was the first great modern superhero trilogy that included an even better sequel and a decent third film.

It also opened the gateway for the flood of trash that we’re currently wading through.

Recently, Marvel and DC Comics released their planned film schedules through the year 2020, which includes sequels and threequels to movies that haven’t even been released yet, such as “Ant-Man” and “Justice League.” Amazingly, a “Fantastic Four” reboot is already set for May 2015, as well as its own sequel in 2017. The move follows the throw-a-handful-and-see-what-sticks approach that Marvel Studios took with the Hulk (Mark Ruffalo is the latest of three actors to play the character since 2003).

This shotgun method also applies to actors. Only in the increasingly cheap market of superhero movies can the same actor play different heroes, usually as a result of a poor box office turnout the first time around. Some actors, such as Chris Evans, play different characters in the same universe (the Human Torch and Captain America), whereas others have appeared in both Marvel and DC movies (Ryan Reynolds, who has portrayed Deadpool and Green Lantern).

Notice the trend? The first “Fantastic Four” movie, released in 2005, was awful — so was “Green Lantern” (2011). And, both of its stars have returned just a few years later to try their hands at different characters in hopes of monopolizing them, the way Hugh Jackman has done with Wolverine or Patrick Stewart with Professor Xavier. We can only hope that they don’t return for a third attempt if their latest movies tank, simply because of how distracting it would be to have the same face on three different characters. They’d be doomed from the start.

If you really want to get a sense of how desperate the film industry is to exploit superhero franchises, look no further than rumors of a new “Spider-Man” movie — about Peter Parker’s elderly Aunt May. The Latino Review reported that Sony, who refuses to relinquish the rights to Spider-Man, is rumored to make a movie exploring Spider-Man’s elderly aunt’s life before she raised Peter Parker. It would include “some sort of espionage story in the vein of AMC’s ‘Mad Men,’” according to the Latino Review.

This story also comes in the wake of the announcement that, in 2016’s “Suicide Squad,” Jared Leto will become the first actor to play the Joker since Heath Ledger’s legendary performance in “The Dark Knight.” As in the comics industry, no character stays dead for long when there’s money to be made. The same will tragically apply to Wolverine and Professor X, who the studios will inevitably reincarnate after the actors who have defined them for decades decline to return.

But this is inevitable — superhero films deal with real human portrayals that, unlike their inked counterparts, age. It’s the rapid turn-around, the approach to replace these actors or find the next actor-character monopoly so soon after the last one, that’s cheapening superheroes’ brand — some retroactively, such as “Spider-Man,” whose only defense going forward seems to be silence for a while. But if the likes of Ledger’s Joker are so easily replaced and Sony can approve an Aunt May movie without pause, expecting a break is only wishful thinking.