Panthers blown out by No. 3 Virginia in season finale 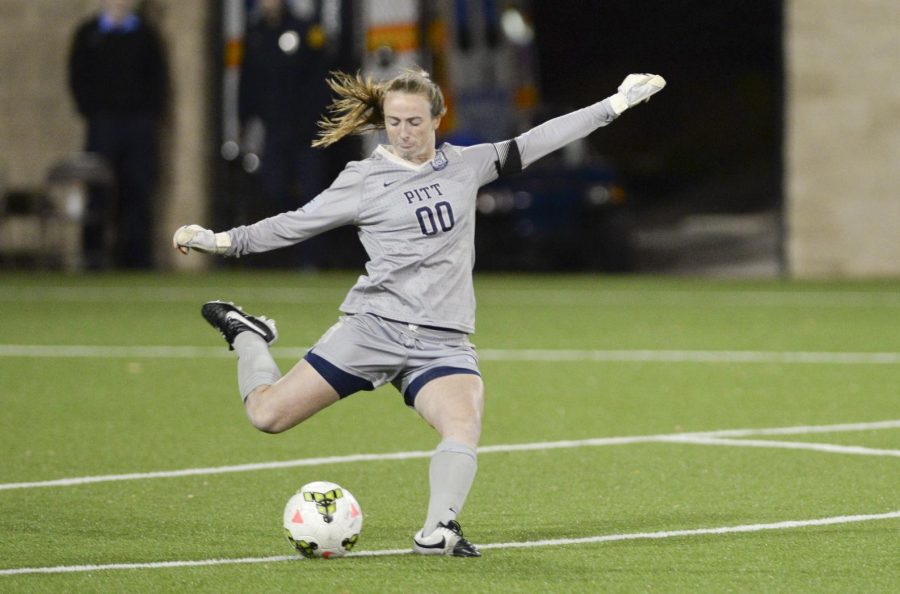 While winning two of 10 ACC games may not seem like cause for optimism, the Pitt women’s soccer team showed great improvement upon a winless 2013 ACC campaign.

Pitt wrapped up its schedule Saturday with a 6-1 loss in Charlottesville, Va., to the No. 3 Virginia Cavaliers.

Virginia outshot the Panthers 36-3, converting six of those shots for scores. Virginia’s senior midfielder Morgan Brian scored twice within a six-minute stretch to start the scoring, with the first coming in the 30th minute. The Cavaliers tacked on four additional scores in the second half to seal their victory in dominating fashion.

Pitt’s lone score came from freshman forward Taylor Pryce, assisted by a through ball pass from the Panthers’ most consistent offensive threat in 2014, junior Roosa Arvas.

Sophomore goalkeeper Taylor Francis increased her ACC-leading season saves total to 113 before leaving the game in the 70th minute to give freshman Margot Shore some experience in the net.

Saturday also marked the end of seniors Jackie Poucel, Alex Charlebois and Riliegh McHugh’s respective Pitt soccer careers. McHugh, however, was unable to compete in Saturday’s game because of a sprained ankle she suffered in the team’s final practice last week.

The three seniors were an integral part of this season’s squad with their continued maturity and leadership on the field. Without them, Pitt’s youth may not have progressed as much as it did.

Poucel has been outspoken and supportive of her team all season, and her legacy will carry on.

“[This season] was just fun,” Poucel said. “It made me better and I’m glad that I had the opportunity to be a part of this team during the beginning of its success.”

“[Saturday] was emotional,” Poucel said. “I kept looking at the clock and kept telling myself to give everything and don’t hold back. It sucked that it ended with the result that it did, but I was just happy to be out there playing.”

Pitt’s program has struggled in recent years, but it has been injected with youthful talent that only continues to grow more mature with each game they play. Of the current 28 players on the roster, 25 will return in 2015 to form a tight-knit nucleus for a Pitt team on the rise after two years in the ACC.

Head coach Greg Miller and his Panthers are working to create a culture of improvement and determination in Pittsburgh, and the team can only get better from this point forward.

It depends on how the Panthers handle the offseason, when they will train for the opening of next season, which takes place about nine months from now.

In August 2015, the Pitt women’s soccer team may have many of the same names appear on the roster, but it doesn’t plan to be the same team.