Pirates have several holes to fill during offseason 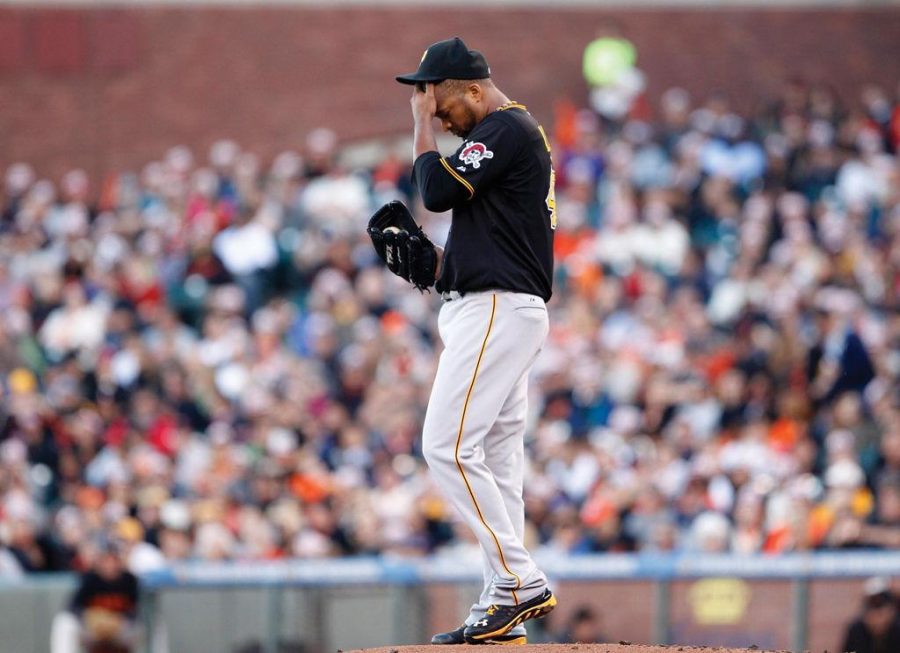 Man, was that a letdown. After the utter joy of the Pirates season, it’s all over after an undeniable failure: an 8-0 drubbing at the hands of the San Francisco Giants in a one-game playoff.

After 88 wins and fantastic individual seasons by Andrew McCutchen, Josh Harrison, Russell Martin and Starling Marte, it’s all for nothing. I love baseball, but after that loss, I can’t really watch the playoffs intently.

So, instead of watching others succeed in the playoffs and getting angry, I’d rather focus on the upcoming offseason. It will be an extremely important one for the Pirates. After two straight playoff seasons, fans no longer have modest goals. It’s time to make the leap from making the playoffs to making the World Series. Here are a few pertinent storylines to focus on for this upcoming offseason.

Two years ago, the Pirates signed Martin to a two-year, $17 million contract. Now back on the free agent market, Martin will likely require around twice that amount.

Martin’s been fantastic in his time with the Pirates, accumulating a 9.8 Wins Above Replacement (WAR) in 238 games. He was a standout this past season, continuing his superb defense: throwing out runners 38.5 percent of the time, framing pitches, blocking balls and creating astute game plans and pitch sequences.

His improvement with the bat, though, is what really helped increase his value. Martin became a patient and skilled hitter this season, hitting .290 with a .832 On-base Plus Slugging percentage (OPS).

Very few catchers can play defense like Martin. Very few can hit like him, too. Only a couple others can do both like him. Although he’s 32, there will obviously be a lucrative market for him.

If the Pirates have aspirations of being a contender next season, let alone making the playoffs, they need to re-sign Martin.

I’m not sure how much it will take to re-sign him, and there’s no saying whether a large market team will swoop in and offer Martin a contract the Pirates can’t match. But given Martin’s proclivity to the Pirates, a fair offer — let’s say two or three years, $15 million a year — should get it done. And if not, they’re left with the likes of Tony Sanchez and Chris Stewart. Without doubt, Martin is priority number one.

After a slow start by the starting pitchers, the Pirates finished with the eighth best team ERA in the MLB. The improvement was in large part due to two impending free agents, Francisco Liriano and Edinson Volquez.

After a first half plagued by injuries and poor control, Liriano posted a 2.20 second-half ERA, combining for a 3.38 ERA and 175 strikeouts in 162.1 innings with similar numbers last year. After struggling with inconsistency throughout his career, it seems Liriano has finally found himself with the Pirates.

Although their offense is what led the Pirates to playoffs, good pitchers are what evidently wins championships — especially frontline pitchers like Liriano, who has proven that last year’s success wasn’t a fluke.

Volquez, on the other hand, seems like a more likely candidate to re-sign. After putting up a MLB-worst 5.71 ERA in 2013, Volquez was a rock for the Pirates this year, accumulating a 3.04 ERA. In large part, Volquez benefitted from the Pirates’ excellent defense and the pitcher-friendly confines of PNC Park. Given that, I’ll say Volquez stays with the Pirates. I wouldn’t go crazy with a contract to keep him, but the Pirates won’t need to.

Sanchez, Davis, and Alvarez are all still on the team contractually for next year, and Alvarez is the most intriguing of the group. After looking like one of the brightest third basemen in the majors in 2013, Alvarez threw it all away, literally. In 99 games at third, Alvarez had 25 errors this season, almost all of them from his throwing.

The Pirates tried him at first, where he played five games before getting injured. He didn’t look overwhelmed there, so it seems he could have a future at the position. The Pirates haven’t typically been ones for making big free agent signing or trades, so Alvarez will play a large part in this group next season. So, what about the other two? Alvarez can’t hit lefties, so the Pirates will need to employ a platoon again. Sanchez hit lefties for a .747 OPS this season, way down from his .863 career average. Given his history, though, he should be an adequate platoon partner.

That leaves Davis as the odd man out. The Pirates need to find a team that could use his power potential and trade him. I don’t expect much for him, but a decent prospect is fine.